The complex physics of soap bubbles has lent itself as a dominant trope from which to understand and study the structure of the universe. The morphology of bubble membranes and foams have been used to visualise galaxy formation, and to invoke the tricky concept of the multiverse. Redshift surveys have revealed galaxy clusters distributed on the surfaces of bubble-like voids with remarkably sharp edges. Filaments of galaxies cut along the boundaries of these voids and group at their interstices.

Our world, like other possible worlds, may be like a point on a singularity shell located at a certain region on one of numerous curved clusters (like those we see when we look at a foam of bubbles). The larger cosmic topology in which we exist might be considered as a curved shell region of galactic material, like a point on a bubble. Soap film simulations of these cosmic voids have given us new insights into the fabric and dynamics of the inflationary cosmos where unimaginably large voids, some as big as 150 light years across, appear to expand and contract, with some of them seemingly moving faster than the expansion rate of the universe.

Here is an inflationary space held in place by the surface tension of space-time and dark matter – a collusion of voids and filaments within a cosmic spume, which coalesce and devour one another just as bubbles do in soap suds. Imagine these improbable regions of space, these voids within voids, expanding and contracting and merging into one another. Somewhere in one of these I have typed these lines and you are reading them. Homo Bulla, 'Man is a bubble', but the world is a bubble too, held in a universe of yet more bubbles. 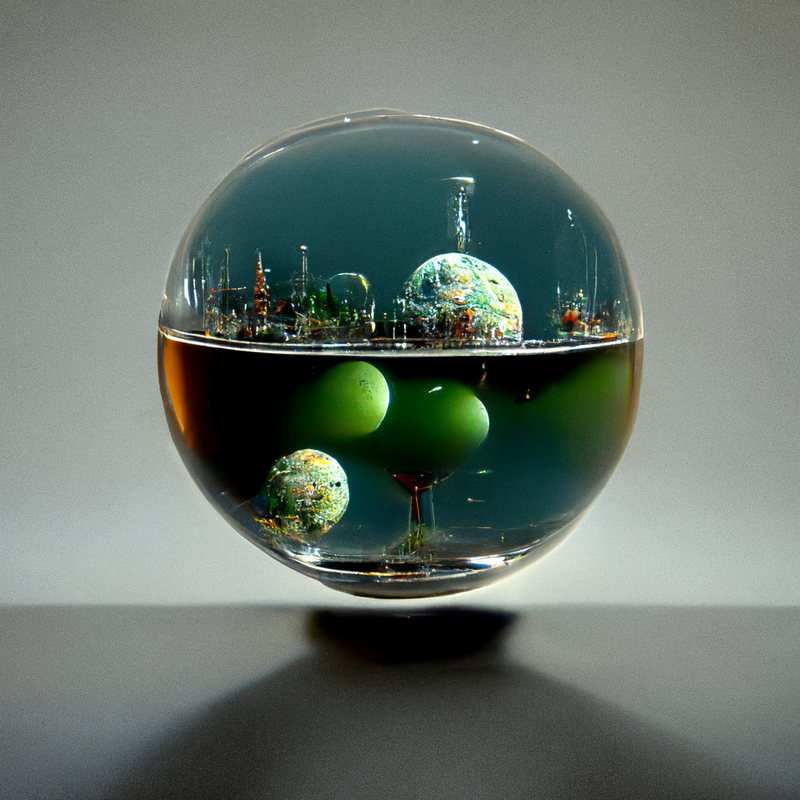 Beyond mimicry and metaphor, the bubble has a more functional trick to perform, for it is also a paragon of form-finding – an exemplar par excellence of nature’s knack for spatial optimisation. Bubbles find their perfect shapes and smoothest paths by using the least amount of energy. Implicitly they 'compute' space without any 'knowledge' of computation. Under most conditions, the sphere is the only correct solution to the smallest surface area for a given volume. But even if you force a soap bubble into any other shape it still follows the minimal law and forms itself into the absolute smallest surface.

The bubble is the epitome of shape self-fulfilment, a macro-finality resulting from the interactions of billions of micro-states. At the very least, then, the soap bubble might be seen as a kind of calculator and at best, according to physicist Cyril Isenberg, it can be described as 'an analogue computer' (Isenberg, C. (1976) The Soap Film: An Analogue Computer. American Scientist 64 (5): 514-518.)

By dipping polyhedral wireframes into soap liquids Isenberg was able to compute the solution to three-dimensional minimisation problems in a fraction of the time it would have taken the most powerful computer of his time – the soap bubble is a problem solver of calculations of mind boggling complexity. Minimisation and optimisation problems, in more abstract form, are fundamental to algorithms used in artificial intelligence programs. Who knows, perhaps in that looking-glass world of a plurality of universes there is a planet of soap-film computers solving complex minimisation problems associated with the deep learning algorithms used to create AI-generated images like those on the following pages. Imagine, again, you are in one of these galaxies, held within a foam of voids, observing these computers clustering upon a cosmic film in dark matter.

Part four in a series...