At home in multiple worlds

What to write, where to write it, how to write yourself in, and what writing even means in different situations is something for each of us to explore. For some, this could literally mean writing stories. For others it’s about worldbuilding, programming or gaming. It can also mean rewriting how to govern an organisation or a city, how to seed and maintain a garden, or how to raise a child.

The “greater society” favours it’s own ways of writing, and can easily appear indifferent to any worlds you’re creating. Perhaps you’re ahead of your time, or maybe too late, or in the wrong place. Maybe your worlds can exist in parallel, despite the indifference. As an invitation or a proposition of a world that might be. In the gaps. At the edges. In the streams that move quickly, or in places that remain still.

If you think of today’s world, in transition from one phase of a pandemic to another, what kinds of worlds are we creating? What other worlds could be writing ourselves into? Can we learn to be at home rooted in mutual recognition and appreciation, rather than nationality, ethnicity, gender, religion or indigeneity? 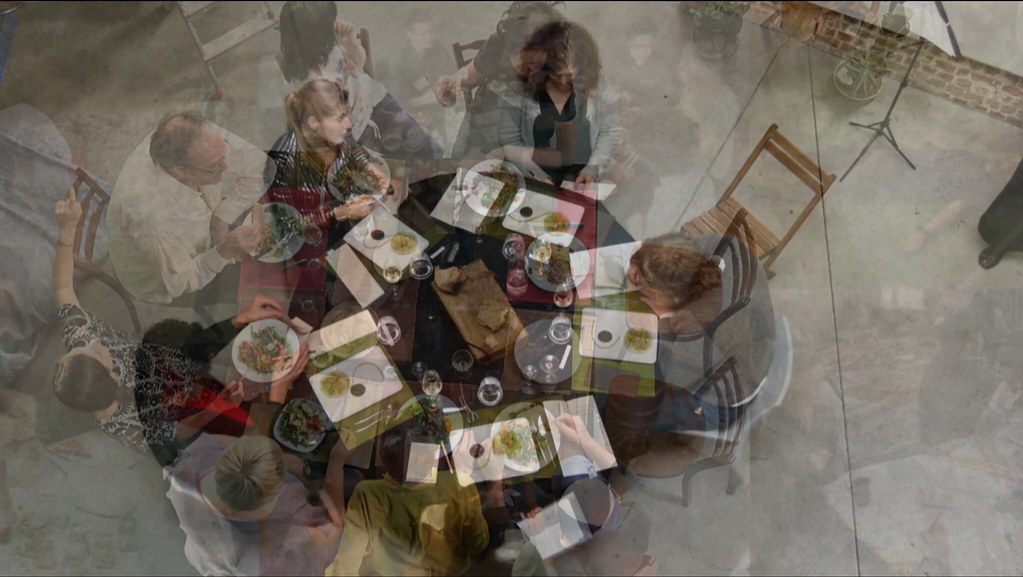 The ability to find a home and make it hospitable under any circumstances, can be seen as an art crucial for living in uncertain times. Such “adaptive homing” extends to our digital homes as well. Digital hospitality can be found in the techniques of hosting and process facilitation, in the formal and informal rituals of conviviality. Think of well moderated discussions, care packages, distributed meals, elaborate multi-sensory and co-creative spaces. Even just sitting together in silence, on different continents, can help participants feel welcome.

Some hosting techniques don't translate well to online spaces, yet the spirit of hospitality doesn’t need to be bound to specific physical places. Digital hospitality extends to the protocols, glitches and computational artefacts of our networked environment. When we stop experiencing these phenomena as interruptions, but welcome them as part of a gathering, wonderful things can happen.

One of my favourite online experiences during the last year happened during a FoAM meeting where there was so much network latency, that conversation became almost impossible. To test the delay on different connections, we tried counting from one to ten, all at the “same” time. It soon devolved into a cacophony of number sequences, getting more dissonant with every cycle. As we listened to each other, we became number stations, or weather reports, or some out-of-place glitch choir. It was the most engaging and entertaining time I’ve ever had counting to ten.

This could be a good time to experiment with widening the spectrum of stimuli, or more consciously narrowing the bandwidth. Enhancing a single sense, for example, or becoming more consciously multi-sensory. Constructing a hybrid reality that acknowledges that our physical and digital bodies are entangled and continuous. Whatever works to make our distributed convivia hospitable to a more diverse range of entities — human, computational and otherwise.

How? I don’t think anyone has the answer. Sometimes it is important to have TV-slick production for online events. Sometimes not. Sometimes, it’s more important for people to be together than be an audience for content delivery. Sometimes we need to play with the medium more, stretch it until it breaks, to incorporate what’s “not working” as part of the experience.

Sometimes, I prefer to get lost in the glitches, to stumble upon someone or something else and just have a laugh. I’ve enjoyed gatherings seen from multiple, distorted camera angles and ambient webcams. Other times I want to be randomly tumbled between conversations, to listen in to a multitude of parallel discussions. And occasionally I’d rather roam a digital landscape with my bag of tricks and have brief chats with the infrequent passers by.

In online meetings we often forget how silence is sexy.

Around the lunar new year I co-hosted a remote meditation retreat. We were not able to be in the same physical space, yet we sat together in silence for half an hour every day for one lunar month. No introductions, no discussion, no talking whatsoever. Microphones on, cameras pointed at a source of light. We could hear each other shuffle or cough. We could sit with a crackling fire and melting snow, syncopated with a tropical dawn chorus. But most of all we heard the silence. A thick silence in our own rooms, complemented by the flattened, noise-cancelled silence of Zoom. In this silence, I felt closer and more connected than in any of the online parties, performances or debates going on in Zoomworld. 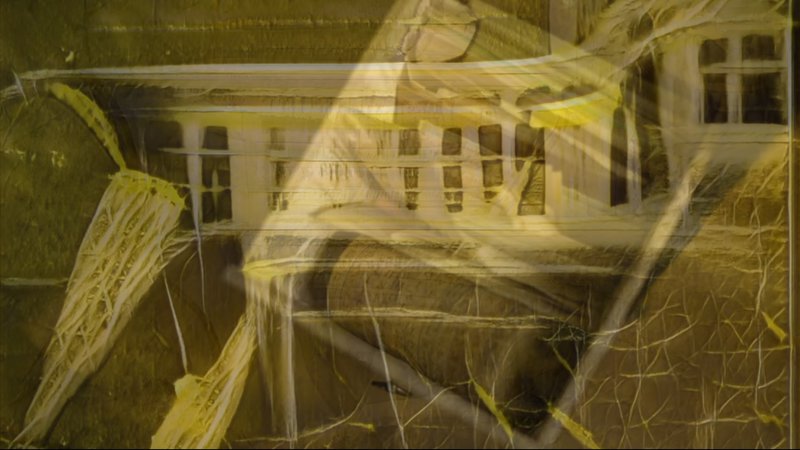 Aside from encouraging us to create hospitable homes online, the pandemic demanded that our physical homes expand to include work spaces and even quarantine facilities. Spare rooms, caravans and apartments are shared with stranded friends and colleagues. Hospitality is extended to infrastructure without physical co-location.

For a home to be a good pandemic shelter, or a refuge in other inhospitable circumstances, it has to become a place where you can live and work collectively, yet apart. It shelters its inhabitants from hostile elements — viruses, weather, intolerance and other disasters. Such a home is reliably connected with social networks, supply lines and resource webs, locally and trans-locally. It is built with an expansive potential — able to be converted for different uses and to welcome unexpected guests. It needs to support convivial co-habitation as much as solitary retreat and isolation.

We can learn from monastic traditions where contemplation and learning goes hand in hand with hospitality, logistics, and service. The cultivation of minds and gardens alike. They would not exist without their interdependence with local communities and travelling scholars, yet can remain places where the inner gardens of the inhabitants can be tended to, in solitude.

The beguinage is another interesting historic example of how urban women could find refuge and independence during mediaeval times. Beguinages are architectural complexes found mainly in the European Low Lands. They are usually comprised of small houses surrounding a shared courtyard, some communal buildings and a chapel. They provided one of the few places where women could live independently, without marrying, or retiring from the world by taking vows as nuns. They could practice their trades and crafts in the city during day, and convene with other beguines in their walled courtyards and communal gatherings at night.

Further in the past, are the hermitages founded by the desert mothers and fathers. Early Christian refugees fleeing the chaos and persecution of the Roman Empire, who retreated into the desert to practice stoicism, self-reliance and direct experience with the divine in all things.

The existence of refuges whose populations face external threats isn’t a uniquely human phenomenon. In biology, the term “refugium” describes a place that can support isolated populations that were once more widespread. Pockets of old growth forests, for example, high mountain peaks, deep valleys or remote islands with particular micro-climates. In the age of climate change and mass extinction, refugia are often the only hope for the preservation and evolution some endangered species and habitats. 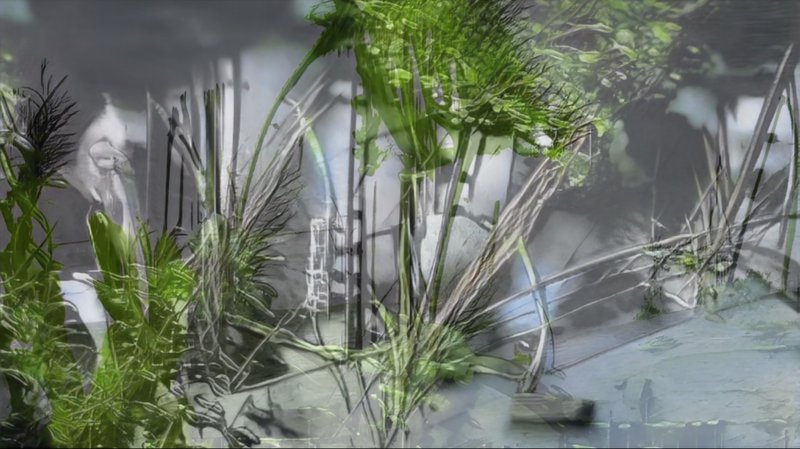 How could we create similar refugia for the relict populations of humans and cultural phenomena?

Perhaps, in these refugia we can continue to grow other worlds, without necessarily knowing whether any of them will ever take root. Returning to the words of Octavia Butler, who created hopeful worlds even though she remained skeptical. “I know that we can do better than we have” she said “but I don’t know that we will.”

We may be able to connect some of our situated refugia online, or through networks of transients and journeyers. While resisting the always and everywhere of the digital age, we don’t necessarily have to reject it completely. We can make places in the “Big Here” and the “Long Now”. Places for intermittent departures and perpetual homecomings, for temporary respite or lifelong retreat. Here, over time, we can write ourselves into the world again. 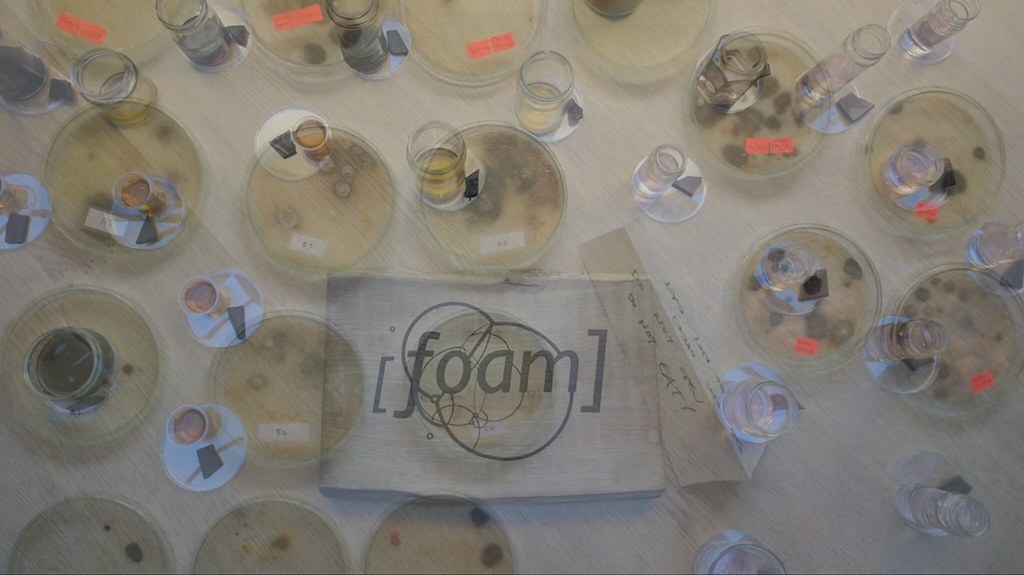 With thanks to Satinder Gill, Nik Gaffney, Danica Kuzmanovic, Kate Rich, Justin Pickard and other human and non-human entities involved directly or indirectly in the process of writing this post.