In the proliferation of graphs and curves (exponential, flattening or otherwise) in recent months, finding meaning isn't always easy. Watching the curve of Covid-19 infection rates creep up and down (and up and down and up again) has become a popular pastime for many of us. Deaths are abstracted and economic indicators take on sinister forms. And yet, calculation methods and subjective interpretations can hide a forest in the trees. Never has the phrase "Lies, damned lies, and statistics" been so present. However, when we see graphs as tools, reading them as sketches and summaries, they can be used to watch changes more closely, to better understand risk and uncertainty in chaotic situations.

At FoAM we often use graphs to visualise and structure our participatory processes (in workshops and collaborative projects, for example). One particular curve has been helpful in charting the evolution and various responses to the pandemic and to plot possible paths through them. 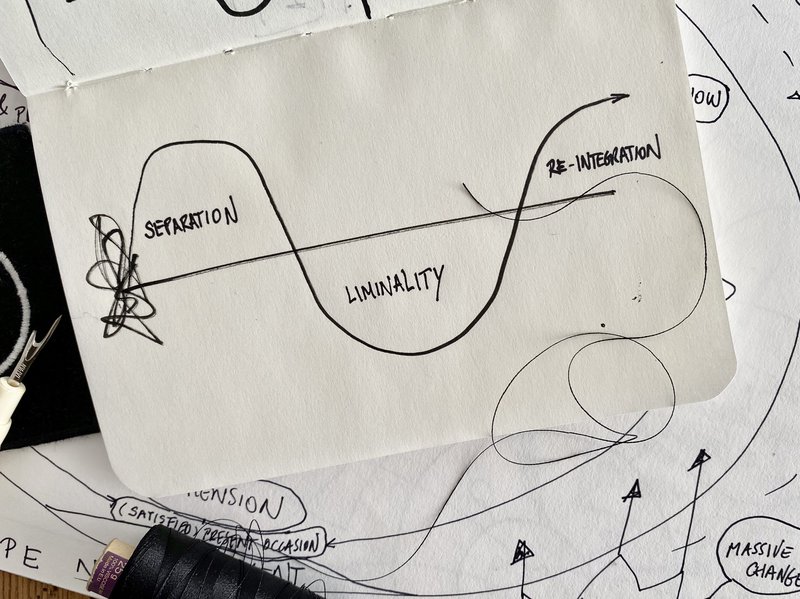 I came across this graph while designing rituals, transiencies and memorial services. It illustrates a flow that occurs in many rites of passage. The curve begins with separation of the 'passengers' from a previous state (e.g. childhood) and ends with the reincorporation of a new role (e.g. adulthood). Between these two distinct states is the 'liminal phase', where passengers begin to realise that what they previously considered 'normal' (i.e. what you were used to, comfortable with, or how you understood the world) no longer exists, but it's not obvious what a 'new normal' might be, or when it will emerge. In this phase there is no clear path forward and with new knowledge there is no way back. It could last a moment or become endless, as transitions unfold at different speeds and durations.

An attachment to the previous state and yearning for something new often co-exist in the liminal phase. This can lead to confusion, insecurity, denial, apathy, frustration, anger or depression. If the passengers aren't capable of facing these afflictive emotions, if they give up too quickly they can prematurely revert to the previous state and mistake it for something new. Inevitably, the painful process of separation will need to start again. Trying to out run, or rush through the liminal can also lead to problems. If there is insufficient time to let go of the previous state, the passengers don't really move on. They'll keep getting stuck in the phase they're familiar with, resisting change like a broken record, as the world changes around them. The experience of liminality is rarely comfortable or straightforward, yet it is exactly this ambiguity that makes it such a fertile ground for transformation.

Liminality requires "staying with the trouble", to avoid reverting to the way things have been before, or rushing forward to find an easy but flawed resolution. It calls for alertness, calmness, observation, for the recognition and acceptance of difficulty, without giving in. Liminality invites us to become comfortable with not knowing. To become "comfortable with uncertainty". Such mindstates can appear during meditation, improvisation, play and games, extreme sports and the creative process, for example. In these situations we respond to a changing environment by considering a wider situation, relying on something other than our own knowledge, wishes or opinions. They urge us to change or abandon behaviours and actions that are no longer appropriate, while trying new things that are more in line with a new reality.

As there is no certainty about the 'right direction', everything we do in the liminal phase can only start as a trial, a proposition or an experiment. Question, observe, (inter)act, notice effects, adapt accordingly – always keeping risks in mind yet not being paralysed by fear. It's a spiralling, erratic motion of stopping and starting, slowing down and speeding up, until there is a pronounced state change, a new alignment with the surroundings. This transition can be experienced as a renewed sense of belonging, ardour, flow, clarity or even euphoria.

In a life changing transition, the recognition and support of a community is vital. While each of us swims through the depths of liminality at our own pace, in many directions, we remain interdependent. But after being taken apart and reconfigured by personal or collective transition, it takes time, patience and effort to renegotiate the connections with one's surroundings (that have inevitably changed as well). Eventually the new situation settles and begins to feel 'normal' again. And then, if not sooner, another transition is likely to begin. 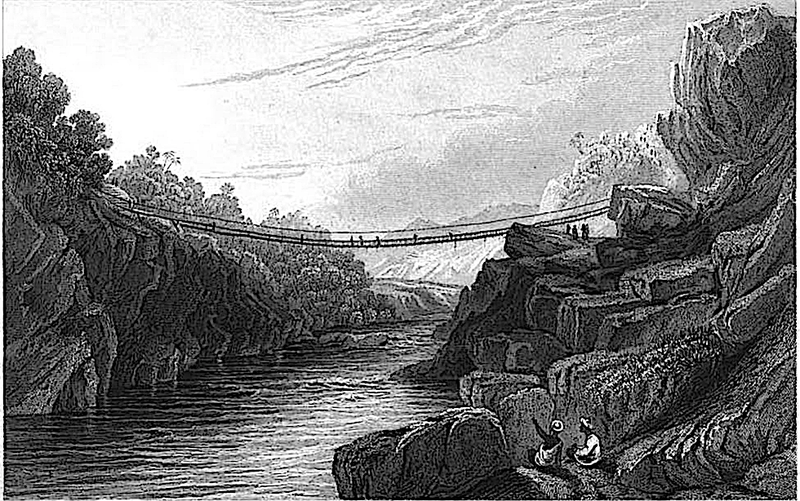 To draw parallels with the pandemic, the timelines of transition are quite divergent in different places. Some parts of the world are already in the phase of re-integration (e.g. Mongolia, Vietnam, Taiwan, Ghana, New Zealand, etc.) They swiftly separated from the pre-pandemic state and resolutely entered a liminal phase, seeing the change, curbing the virus, and protecting public health, without knowing for certain what would work. There were drastic but clear and supportive measures that were readily adapted as the situation changed. With shared concern, solidarity and compliance, the liminality was navigated together and moving into the next phase could begin.

In contrast, Europe is still deep in the liminal phase of the pandemic, with infection rates increasing, mixed messages about masks, schools opening then closing, social bubbles growing then shrinking, etc.. There are many discouraging signs of 'fatigue' with this transition. Yearning to 'return back to normal' is confronted with the danger of going back to something that was already cracking under the weight of social and environmental tensions, something that is no longer sustainable or viable. It jeopardises those who are most vulnerable physically, mentally and economically. If we are unwilling to learn from the examples of societies who have successfully suppressed the pandemic, then where are the other "exits" leading? What would more imaginative "exit strategies" look like?

We are all committed to this ongoing transition whether we realise it or not, whether we want it or not. Let's not succumb to the easy descent into idiocracy. Why "waste a good crisis" by pretending that it's not so bad, that it's behind us, or that it never even existed? Is this a part of the transition, or a result of avoiding the transition? Instead of demanding a restoration of the individual freedom to put others at risk, let's "re-open" to each others' vulnerability and find different ways to help each other cope. Rather than holding onto familiar ways of doing things (with only minimal adjustments to "comply" with imposed measures), we could be devising completely different ways to gather, to travel, to trade, to be alone and be with others. Now is the time we can seed as many alternatives as possible, without knowing what might take hold. Once the transition is complete, it will be too late. Behaviours solidify into habits, actions into conventions. Given our current circumstances, a purposeful embrace of liminality could be our best, most radical option.