In 2015 FoAM has existed for 15 years. This year we take time to look back and reflect on our work in a series of publications and events. As a part of this programme ago I talked about one of FoAM's biggest failures at FuckUp Night in Brussels. The longer story will be published in a book edited by Kira van den Ende of Antiheroes. For now, here's a transcript of my talk... 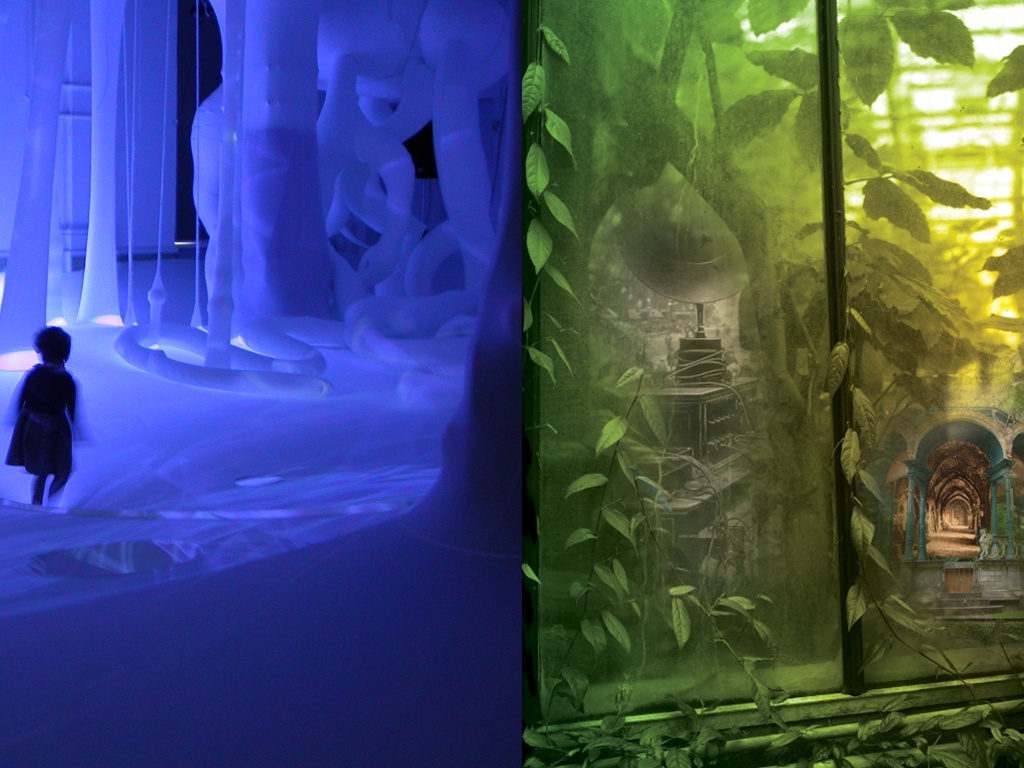 FoAM started 15 years ago as a technological arts department in a research institute. For the first five years, we were primarily designing mixed reality installations, to intertwine physical and digital worlds Today, FoAM is a network of labs for speculative culture, where we prototype possible futures. About 10 years ago, something happened that made us radically change our approach to technology, experiments and interactive artworks. 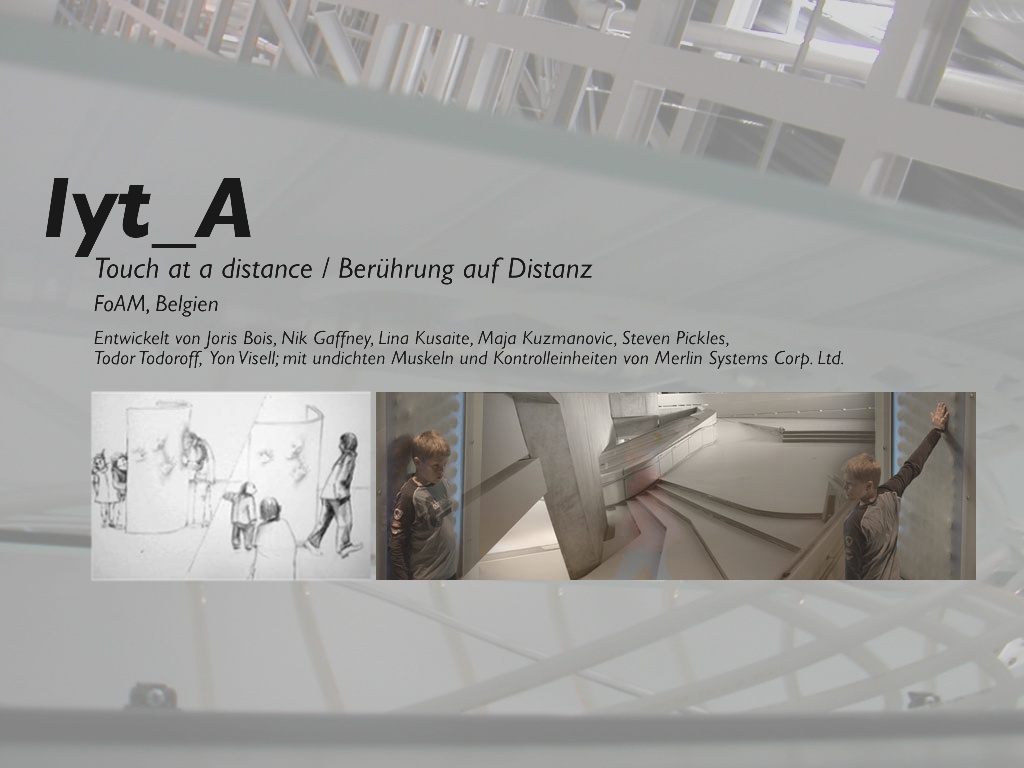 Lyta. We planned to make a mixed reality installation that could transmit touch over distance. Something like a giant networked pin-cushion. You could touch the installation here and someone else would 'feel your shape' in another part of the room or on the other side of the world. Sounds quite simple? Maybe even romantic… As a piece of speculative design, Lyta inspired artists and engineers alike. And then, to everyone’s excitement… 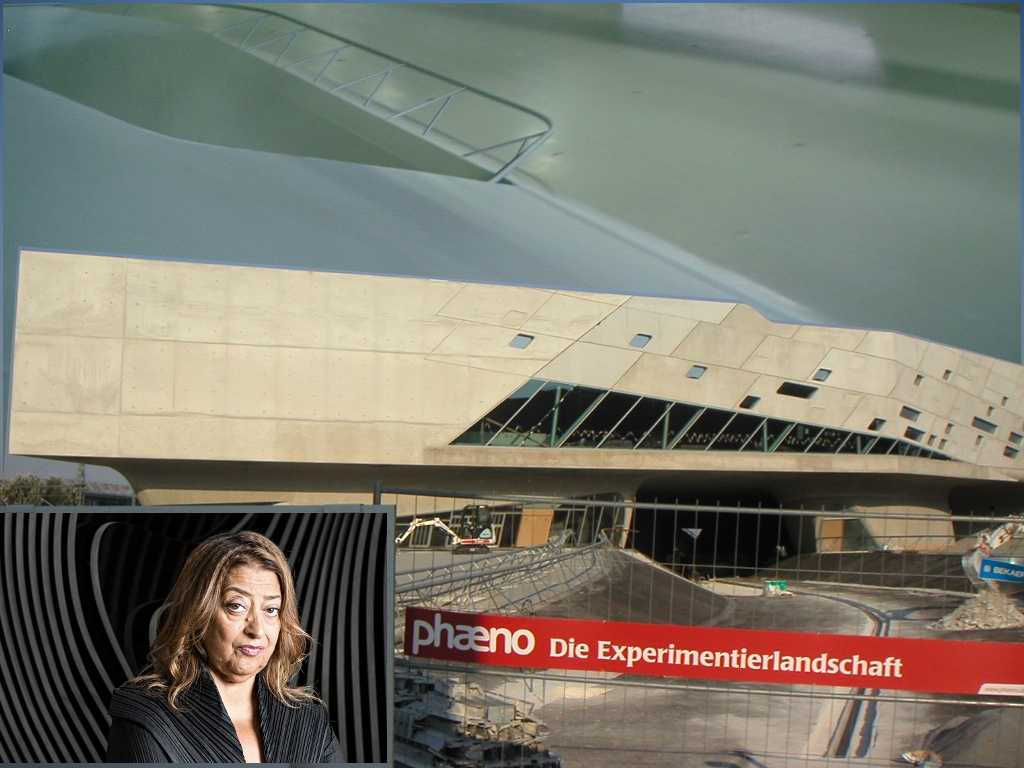 It was commissioned by the exhibition designers of the famous Exploratorium for a brand new science centre in Germany. Phaeno, the so called 'experimental landscape' was far from what we would call an experiment. The building was designed by the notorious architect Zaha Hadid, who barely tolerated humans, let alone messy experimental artworks in her architecture. The building imposed its own rules and our German contract added more safety regulations: The installation had to welcome over 100.000 visitors - most of whom children - every year for at least 5 years. 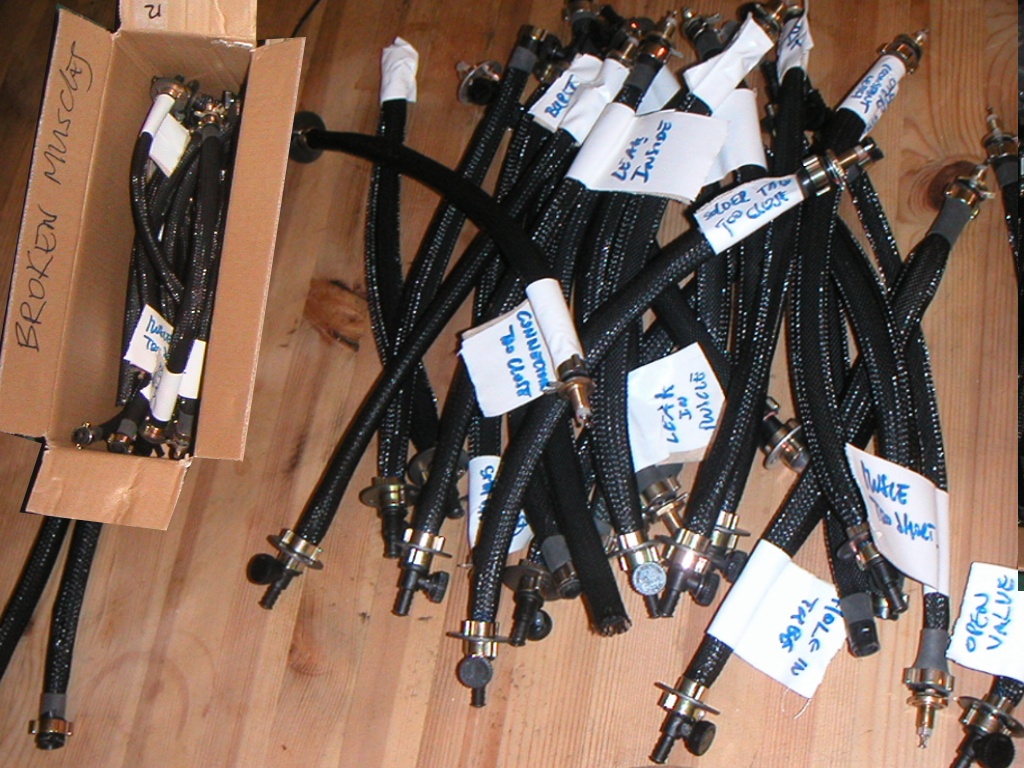 In our studio, the reality was far from safe and pristine. Our biggest challenge was to make an interface that can simulate the feeling of touch. So we found a robotics company who made one of the first artificial muscles, that behaved just like human muscles would. Or so they promised… Our lead scientist was convinced by their work, I was excited to work with a biomimetic technology and we signed a contract, committing 1/2 of our budget… And then the muscles began failing… 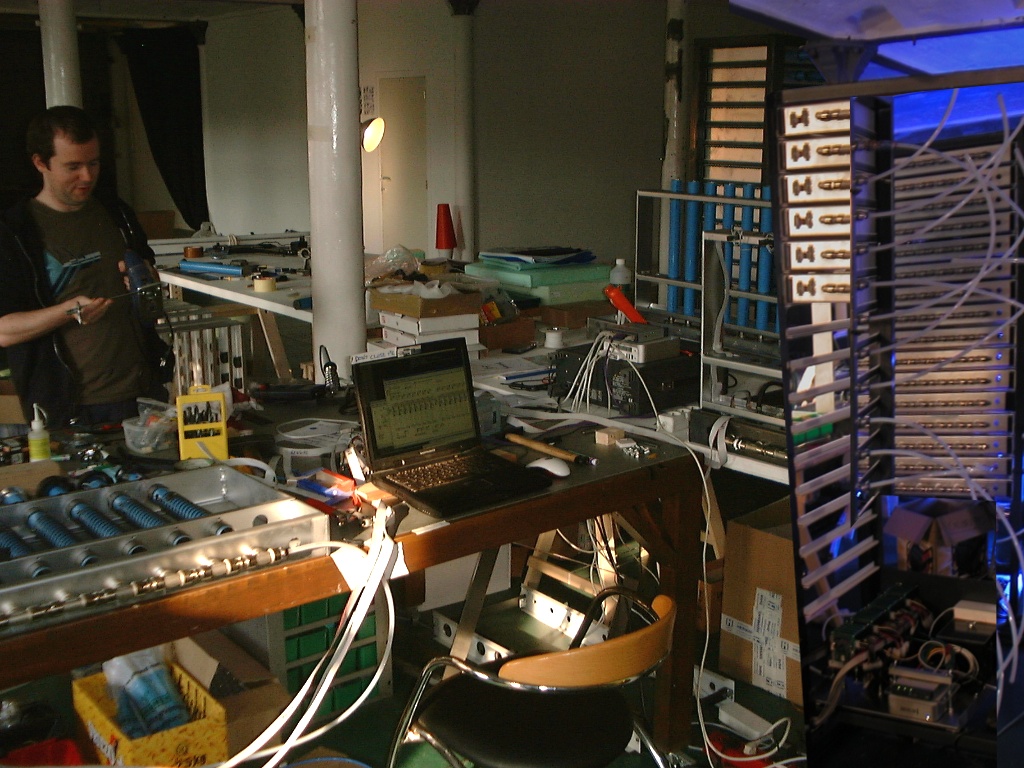 The people who commissioned the work became sceptical about our ability to deliver the work. The lead scientist quit the project after it became clear how many compromises we had to make to accommodate the flakey muscles. We were left with a half finished design, unreliable technology and two opposing contracts that each could have bankrupted the organisation. The six people left in the team held a crisis meeting. We decided we could make it. We even quoted Alice in wonderland who can do 6 impossible things before breakfast. This was merely one… 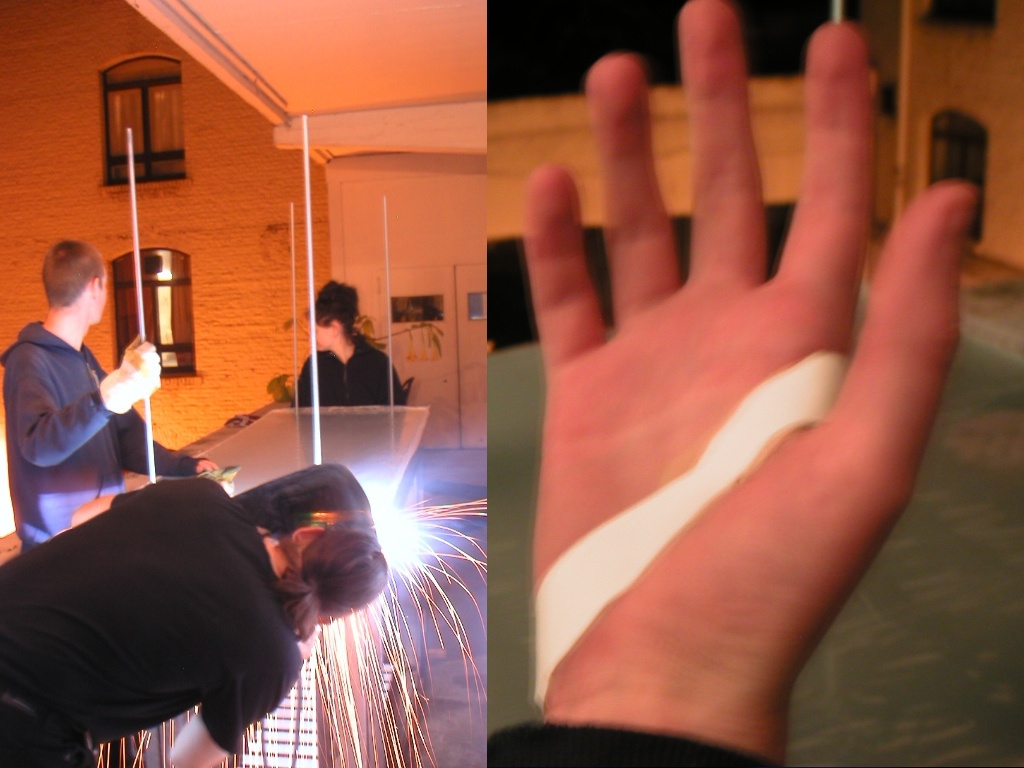 With Alice as our familiar spirit, we did what most entrepreneurship manuals would tell us to do: We turned a problem into a challenge. Nothing is impossible with a loyal, motivated team of smart, capable people who give their 300%, right?

We had a day-shift and a night-shift and worked literally around the clock for months. Every day new problems arose and every night we found a way around them. The simple concept became a very convoluted design. The installation was held together with gaffer tape, shoe strings and most of all stubborn perseverance.

By the time we drove to install the piece in Germany, exhaustion had set in… In between soldering, calibrating and cooking 3 meals a day, I spent most of my time trying to resolve conflicts before anyone quit. There was no redundancy: everything and everyone had to work to their maximum if we were to deliver what we promised. Until the last moment we weren’t sure if the installation would be accepted. If it wasn’t, we were unable to repay the contract, we would go bankrupt and all of the effort would have been for nothing. 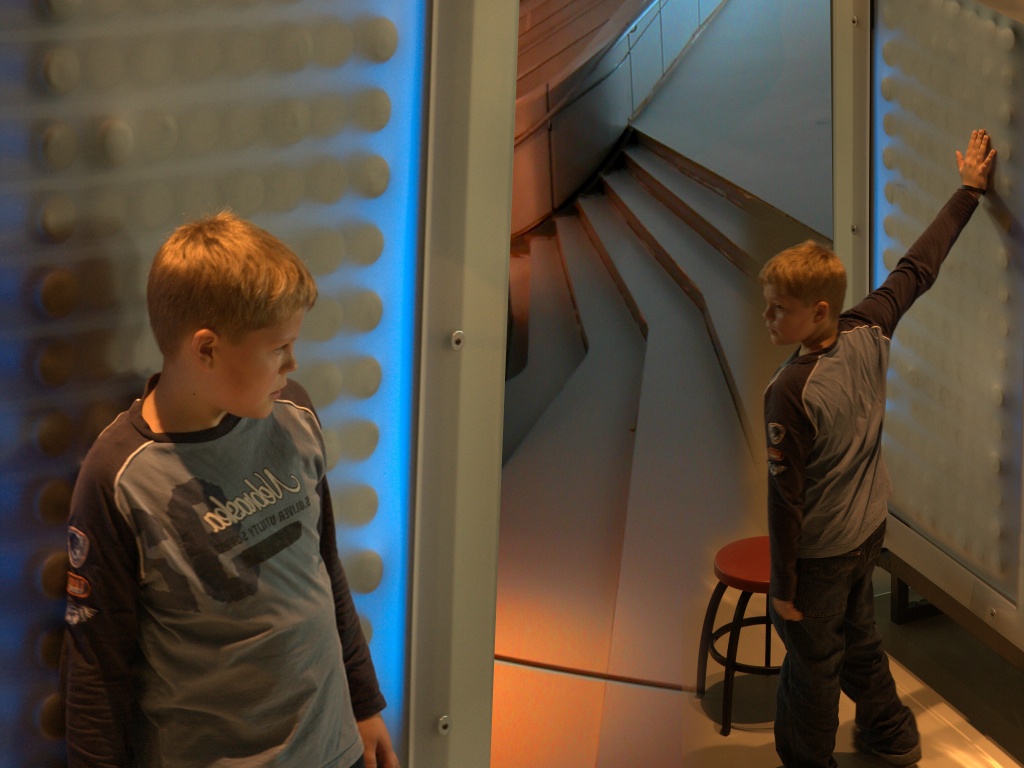 On the last evening, just as we were leaving, the client signed off. We were relieved. A bit. Mostly we were too tired to feel anything at all. A few weeks later the science centre opened, no children were injured. Some even enjoyed it.

So you might think - why is this a story about failure? For several reasons. By the time it was signed off, we actually hated the thing. We compromised so much of our environmental, aesthetic and ethical principles just to make this project succeed, that it made us sick even thinking about it. And then came the after effects. 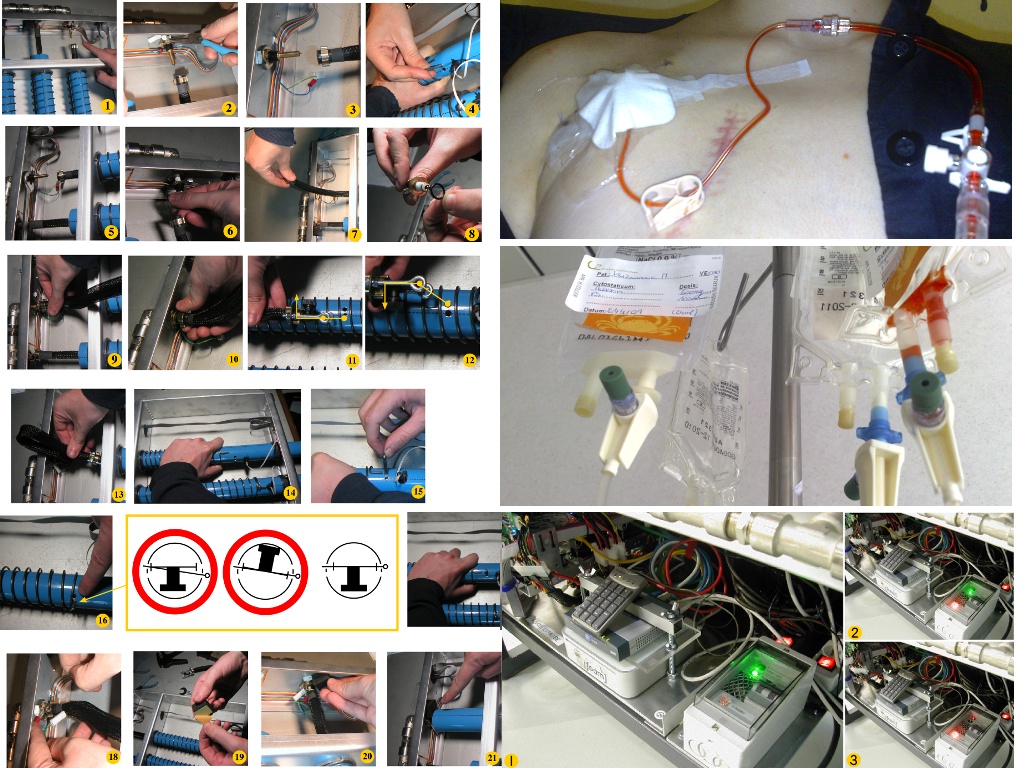 After the opening there were several of the 300 muscles breaking every day. The image above describes how to change one muscle. You can imagine that no sane technician would actually do this, so we were on call on a weekly basis, with no budget to cover the costs. After a year, they stopped calling. Most likely Lyta ended its life on a landfill or in a dusty basement. We don’t know.

And then, when I finally relaxed, I felt a lump in my breast. Eventually it developed into cancer. Since then I’ve been in and out of treatments, which  will likely continue for the rest of my life. 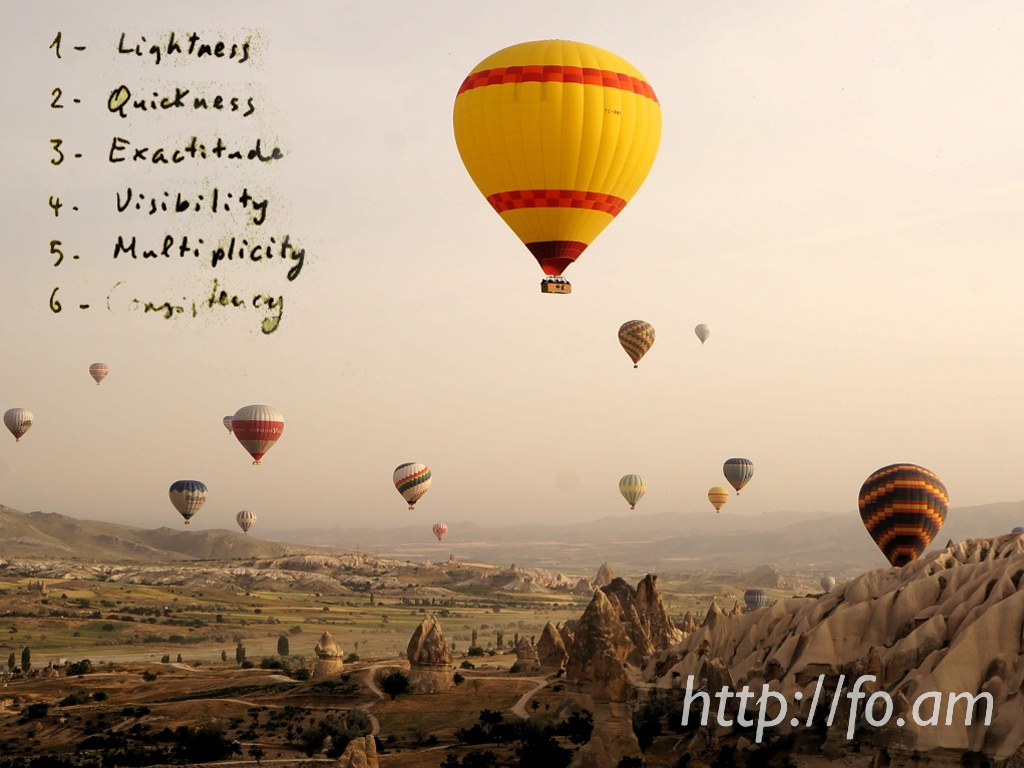 To end, here are a four insights I took away from this story: