The Unbearable Lightness of Solarpunk 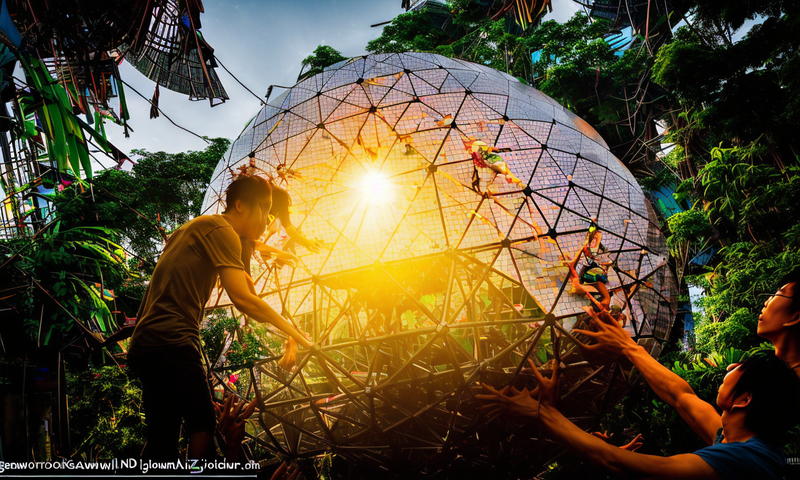 Solarpunk is less the invention of the new than the replication of the rare. Solarpunkish urban locales have existed in Singapore for well over a decade, for example—images from that most neoliberal of cities appear on a lot of solarpunk moodboards—and slices of a similar aesthetic can be found in most major cities of the world, though many such spaces are private rather than public (as indeed are urban spaces more generally).

This is not to say that a world in which solarpunk was the dominant urban aesthetic wouldn’t be some sort of improvement on the present—though I dare say we would soon tire of it in the same way that all but partisans and contrarians have long since tired of brutalism, which once signified social-democratic futurity in much the same way as solarpunk, despite the stark difference in its visual affect.

The problem with solarpunk is that it is superficial, offering less an alternative to the present paradigm than a best-case extrapolation of it. Sure, putting solar panels on every surface might help get us away from an energy system whose countless hydra-heads are still slurping at oil-wells and gas platforms and coal mines.

But the rare earth metals required for their manufacture, and for the manufacture of the ever-more ubiquitous electronics that will be needed to manage their generative capacity—not to mention the lithium for all the rechargeable batteries that everyone’s personal electric vehicle, be it a scooter or a Tesla, will be built around—whose land will they be dug up from? Who will profit from their extraction and refinement and manufacture and shipping? Who will make them, what will they be paid, and what injuries will they receive in the process? Who will be able to afford them, and who will not?

Solarpunk’s popularity as an aesthetic has far exceeded its viability as a subgeneric literature—as a basis for believable story. This is partly because it is based on an understandable but nonetheless naive hope that petroculture is a synonym for extractivism (rather than its most recent costume change), and that “innovation” will (finally! eventually! somehow!) rescue us from the compound consequences of the last two centuries or so of “innovation”. But it is mostly because it has inherited from its science fictional antecedents a founding and structural faith in capital-P Progress, which (if it is a thing at all) is the thing that has caused pretty much all of the problems that solarpunk seeks, very sincerely, to imagine its way out of*.

Sometimes presented as a corrective to cyberpunk’s dystopian depictions of capital run amok, solarpunk is perhaps better understood as what a cyberpunk future will look like for the lucky ones. 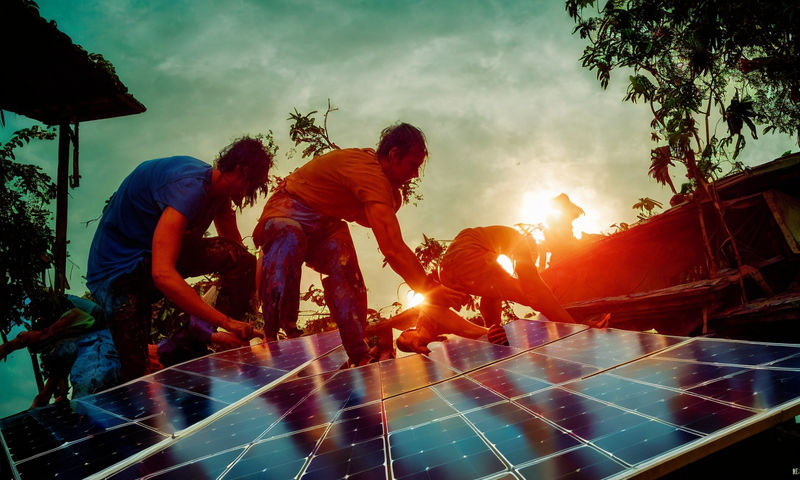 Part one in the series Hip Deep in the Thick Present

[ * – To be fair, this is as true of contemporary culture in the broadest possible sense as it is of solarpunk, albeit with the notable difference that solarpunk is somewhat aware of its internal contradictions, and attempting very publicly to wrestle with them. As I have noted elsewhere, my critique of solarpunk is rooted in my seeing it as a powerful synecdoche of late-late capitalism, and in my wanting it to find its way past its contradictions and limitations: I want to expose its weaknesses in the hope of fixing them, because then perhaps we might fix the same issues as they persist in the broader context. ]