A few pictures and videos from last weekend's debut of the Penelopean weaving robots at the Algomech festival in Sheffield. After a frantic couple of weeks in mass production, a swarm of 8 robots and a may pole invaded the winter gardens, wove and un-wove braids to the sounds of livecoded beats and ancient Greek poetry.

They were set up in a simple choreography, with two groups of 4 robots taking it in turns to rotate in opposite directions around the maypole to create an overlapping twist pattern. This was orchestrated by a Raspberry Pi with each robot reporting back it's telemetry using radio messages. We tried different walk speeds depending what else was going on, but they took approximately half an hour to create a full braid and another half hour to undo it. 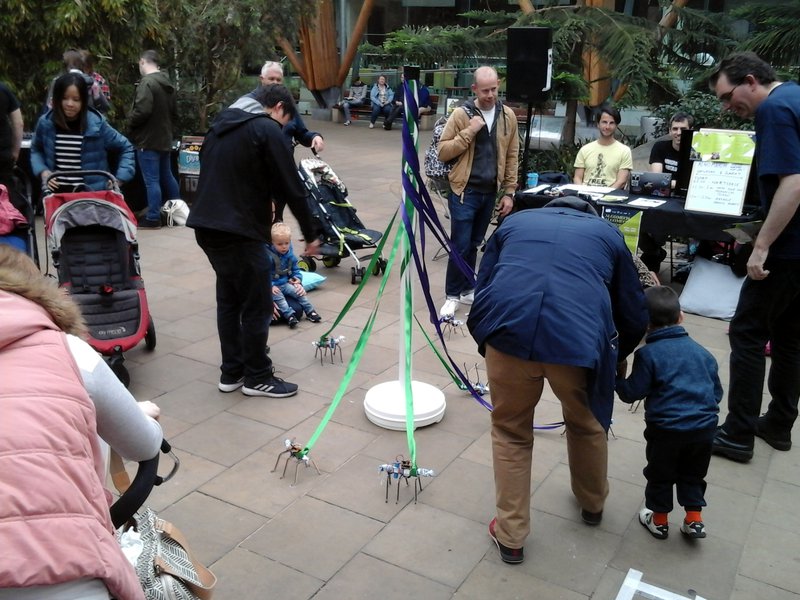 This is a short update - but this is what we have learned:

Also check out the penelopean robotics github to keep up to date with developments.