From its early beginnings as a cultural department in scientific research institute, FoAM has positioned itself as a refuge for edge-dwellers, people living and working at the interstices between disciplines and cultures. The edges between art, culture, science and technology have continued to be our main focus, although we remain curious about any unexpected alliances. Our long and visceral experience at the interstices has come to the fore on several occasions this year.

Our collaboration with the Madeira Interactive Technologies Institute (M-ITI) in Portugal kicked off this year with two intense but rewarding scenario workshops, both exploring the edges between science, technology, culture and society. The first was designed for researchers and staff of the institute, initially to determine the scope of the ERA Chair, their new initiative looking at better integration between the institute and the European Research Area. However, early into the workshop we discovered that their real question was actually closer to “Why should M-ITI exist (as a research organisation)?” Armed with such a fundamental question, not just for M-ITI but for academic institutions worldwide, we dug deeper until we found the group’s research core, as well as a range of plausible scenarios and weak signals that could warn them that they might be heading in this or that direction. The second workshop was a kickoff for their Capstone project, involving twenty students and four sponsor organisations who came together for the first time to think about what kind of transformative experiences the fusion of design and technology can give rise to. The answers to this question – in the form of four transmedia and HCI (human-computer-interaction) projects – will be launched this August. 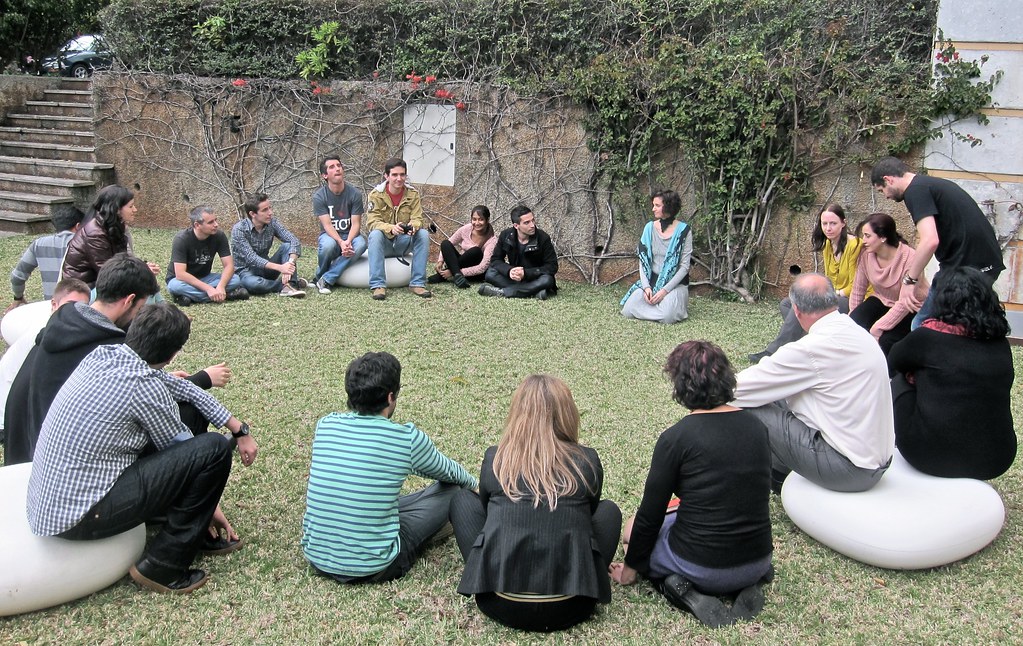 Similar themes motivated the organisers of the xCoAx conference as one of the associated partners of our European project Future Fabulators. The “X” in xCoAx stands for the elusive link that can bind computing, communication and aesthetics together in transdisciplinary practices. So we returned to Portugal at the end of June to offer a prelude to the conference, X-Factor Futures, an intensive day-long scenario workshop followed by an informal pre-enactment, both taking place in Porto. Facilitated by Maja Kuzmanovic and Nik Gaffney, the workshop drew on established foresight techniques, such as morphological analysis and incasting using the cone of possibility, alongside an ad-hoc collection of home-brewed experimental methods (including the budding Spheres of Influence card game) to explore the question, “What does the Third Culture look like”. One of the resulting scenarios, Annbonny's Ark, was put to the test in a pre-enactment with workshop participants and conference delegates at the close of the conference – resulting in considerable intrigue, personal insights, bemusement, and several interesting conversations about the Third Culture in people's pasts, presents and possible futures. 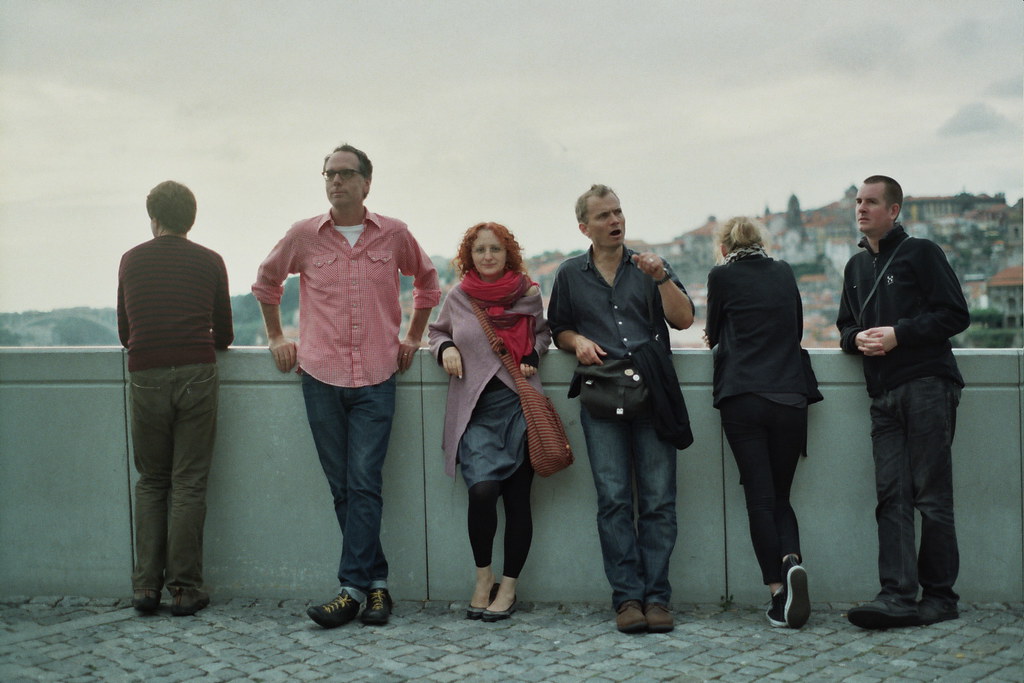 The “Third Culture” also emerged as a significant topic in an enthusiastically received talk Maja gave on FoAM’s approach to art and technology at the European Commission in May, as part of the FET-Art final event in Brussels. The FET-Art (Future Emerging Technologies) project was launched in 2013 through the ICT & Art Connect initiative to bring artists and technologists together to explore new ways of working. The exhibition, performances and “toy hacking” workshop were held in the FoAM Brussels studio. 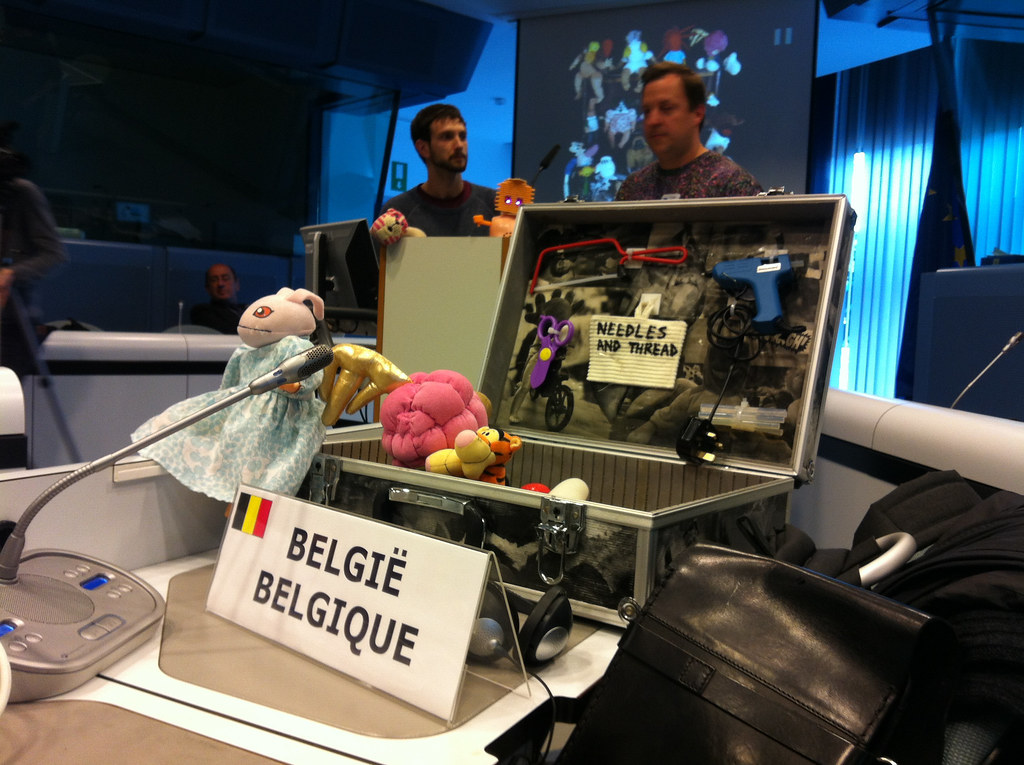 On the other side of L'Arc Manche we are excited to report that a brand new FoAM node, with a mission very much along the lines of the Third Culture, has been legally incorporated in Kernow as a bona fide company with no less than the royal lion and unicorn stamp of authenticity. In addition to a number of teaching commitments – including programming with Minecraft and Python – FoAM Kernow’s Dave Griffiths continues to push out projects at the rate of Easter Robot Nightjar and her artificially evolved eggs. He’s recently been working on solar-powered computation, especially in connection to the Mongoose 2000 project, where he’s been building a group composition tool to record information about entire packs of mongooses. FoAM's latest game project, Bumper Crop, is very much in the lineage of previous forays into alternative gaming platforms such as groWorld games, Germination X, and the recent Farm Crap app. Finally, Dave recently co-authored with Till Bovermann the article “Computation as Material in Live Coding,” published in the spring issue of MIT’s Computer Music Journal. The article asks: “What does computation sound like, and how can computational processing be integrated into live-coding practice along with code?” and explores such long-term interests as genetic programming, self-manipulating code and artistic research practice. 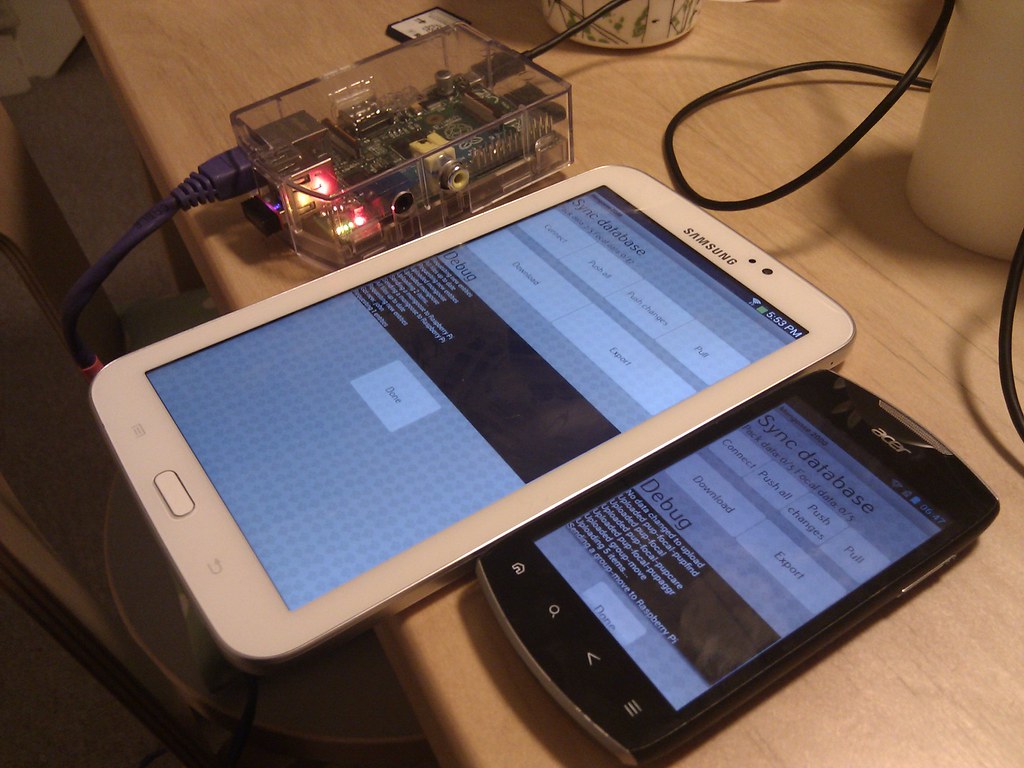 A few interesting articles about FoAM and our approach to “breaking down barriers between disciplines” have recently appeared online: one written by an Anonymous Academic for The Guardian and another by Amber Griffiths also in The Guardian, and a third (in Finnish) by Riitta Oittinen, one of the participants at our Biochymickal Arts workshop last year.

Michka Mélo, who also participated in the Biochymickal Arts workshop, continues to put his bioengineering talent to good work in a host of real-world, lifestyle redesign scenarios, most recently with artist and human-machine coevolutionist Paul Granjon. Together they spent a week experimenting with upcycling dead laptop batteries and combining them with cuttlefish bone grapheme to make sushi, waffle, and sandwich supercapacitors. While their experiments have not yet resulted in a functional, upcycled capacitor, they yielded several interesting leads for future research. 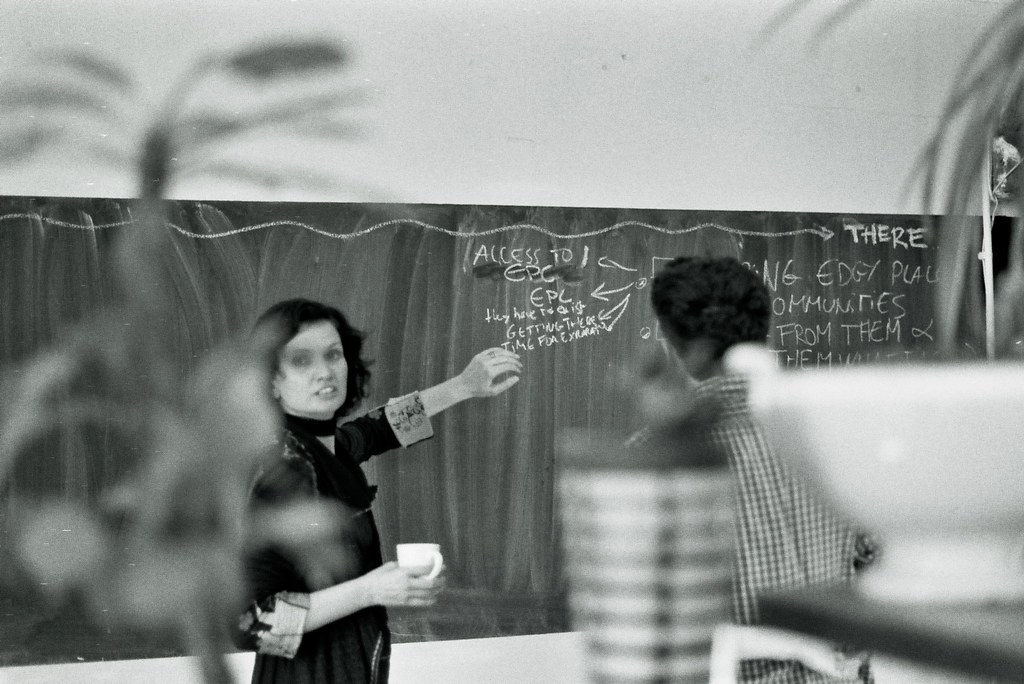 Biotechnology was a focus of another intensive residency, but from a very different perspective. In April FoAM hosted, mentored and assisted Lisa Ma during her microresidency and research gathering. Lisa came to FoAM aiming to contextualise previous work at Timelab in Ghent on themes of biotechnology and invasive species. Having collaborated last year with FoAM on scenarios involving human-invasives interaction, she now wanted to explore the broader idea of a speculative movement, the “Bioluddites”. Bioluddites, according to Lisa, critically engage biotechnology and its political, economic, environmental and social effects. By the end of the week we had staged a scenario of “Bioluddites in waiting rooms”, sketched out a draft for a Bioluddite Charter, and held a research gathering whose attendees – including biologist Angelo Vermeulen, open culture theorists and practitioners from Constant, and artivist Zeljko Blace – ensured that the discussion was lively, heated and constructively critical. Since her residency, Lisa has presented her research at Breaking The Frame 2014 as a panel and an open call for Bioluddites. She left us with an open question: Is FoAM a Bioluddite network? Although we’re definitely tackling some Bioluddite conundrums, we're still not quite sure… 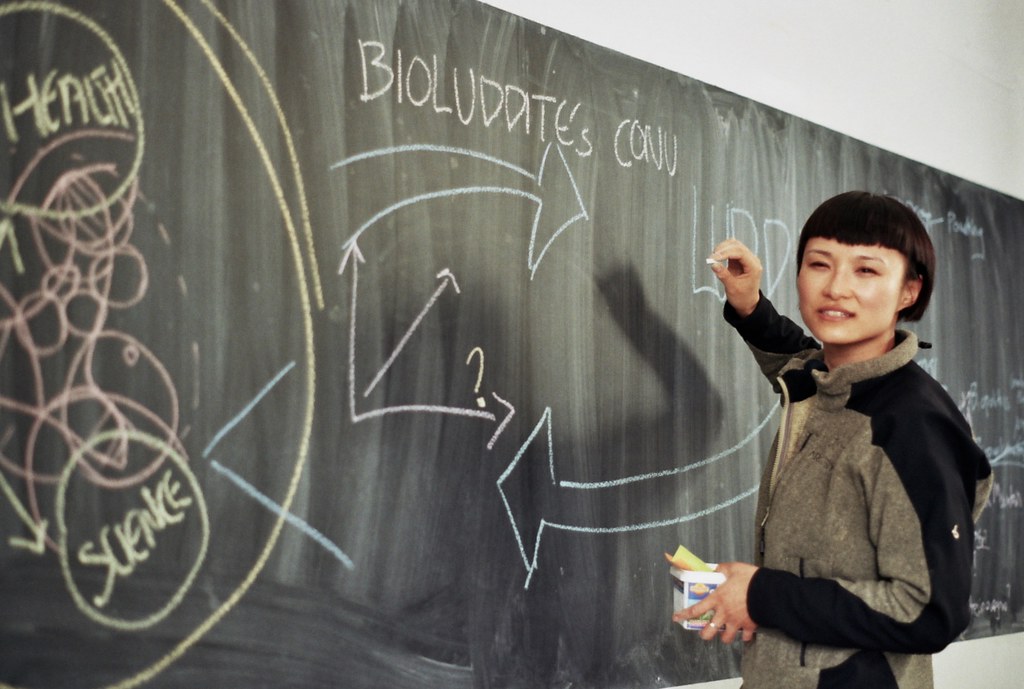