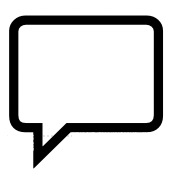 Nahuel Cano was born in Neuquén, Wallmapu, known today as Argentina’s Patagonia, in 1982. He lives and works between Buenos Aires and Amsterdam. He is an actor, theatre-maker, and researcher. His field of artistic action is mobile, exploring the possibilities of performance, installation, cinema, and theatre. Nahuel is a founding member of Escena Política (www.escenapolitica.org), an artistic and political collective that has organized actions, forums, performances, and political-artistic protests. As an actor, he worked both in cinema and theatre with renowned directors like Lucrecia Martel, Lotte van Der Berg and Alejandro Tantanián among others. From 2010 until 2017 as a maker Nahuel developed his artistic projects together with the group “El Cuarto” (www.estudioelcuarto.com), these works have been presented in multiple international festivals and have received support and awards from national and international institutions. In 2020 he graduated from the DAS Theatre Master program in Amsterdam. Currently he is developing a platform and subjective territory from which keep expanding his research and solo work: Kütral - Nahuel.