During the beginning of March, FoAM Kernow faced the following now-familiar situation:

For some time we have been prioritising tools and processes that can be reused for different purposes in times where infrastructure is failing. Part of our COVID-19 response to the above problems has been to refit a small garden shed with a solar power setup (from our Sonic Kayak workshops) so we can run one of our CNC machines more or less unsupervised*, slowly churning out small parts for our projects. 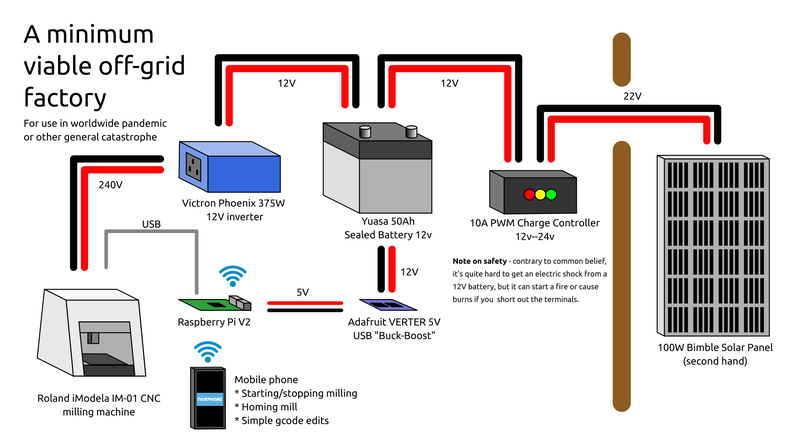 The use of an entirely open source tool chain has meant we can avoid having to use a Windows laptop which would have used too much power, and be inconvenient in small space involved. A side project for a while has been reverse engineering the iModela to make some replacement python software which provides an alternative, open source device driver, as this was the only part that relied on proprietary software.

This meant we could use a Raspberry Pi to drive the CNC mill, and have it provide a Wifi hotspot we could log into with a laptop or Android phone to upload g-code and control the mill. This was powered directly from the 12v battery with a “buck converter” from Adafruit, which is slightly better in terms of efficiency – and means the hotspot can be left running when the inverter is turned off. This also avoids the need for a multi plug adaptor as the inverter only has one socket.

An additional, not inconsiderable aspect of this project has been the therapeutic aspects of organising a small space in “the current situation” – having at least one tiny thing you can have some control over when things feel otherwise so uncertain.

Longer term we have been substantially increasing the range of tools we have available – more on this soon, along with a follow up post to this one describing a modular construction kit we used to redesign the suddenly extremely relevant viruscraft project.

* it’s generally a bad idea to leave a CNC machine entirely unsupervised, in this case I could hear the reassuring angry bee like sound of the spindle in the distance at all times, so could inspect it if it became too angry or suddenly stopped. 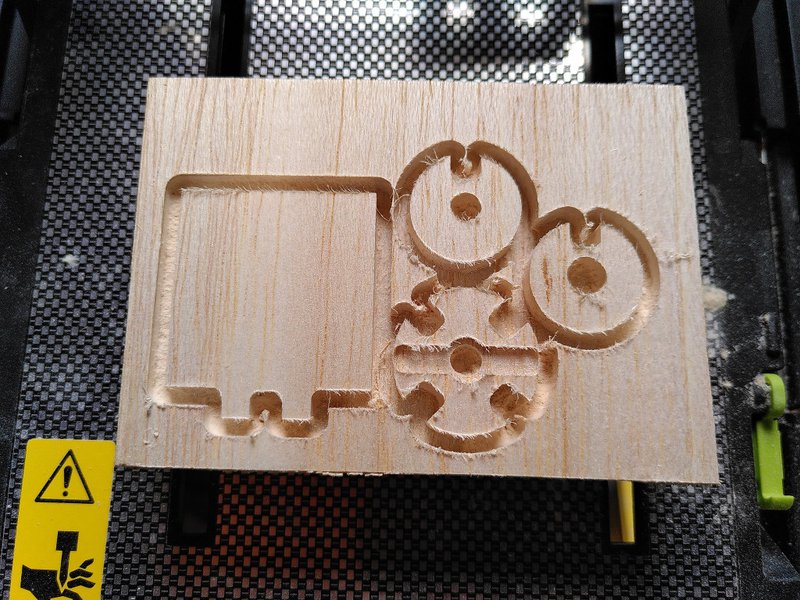