Viruscraft at Science in the Square 2019

After two workshops and the testing day at the Eden Project we took the final version of Viruscraft out to Science in the Square: a big event run by Exeter university with around 3,000 visitors. It was an incredibly rainy day, which meant lots of budding virus builders of all ages took shelter in the big tent in the middle of Falmouth during peak holiday season. The installation turned out to be very popular, at one point 8 small children were simultaneously mutating the wooden virus under instructions from a couple of older kids. 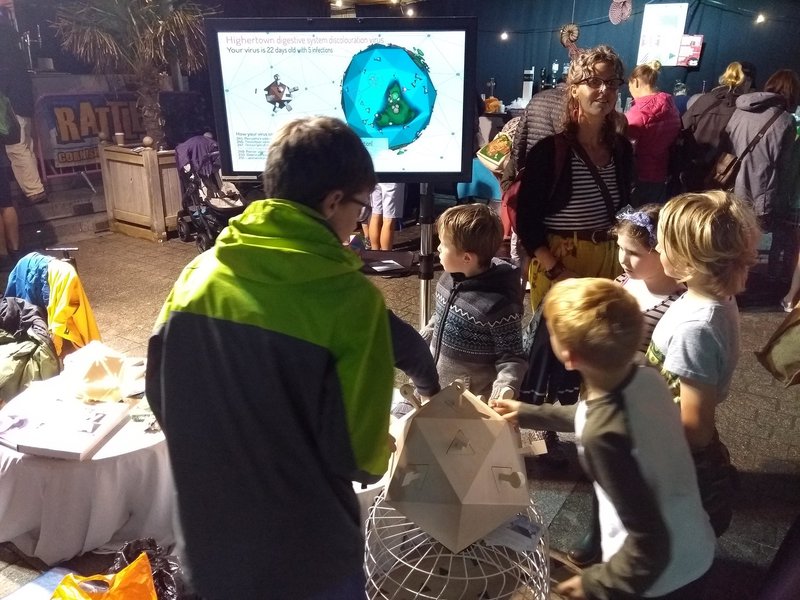 There were a few different types of groups who took part, and we realised each required a slightly different approach to explaining Viruscraft and its underlying virology and technology.

Firstly there were a lot of families with very young children. For preschool children, simply manipulating the wooden protein blocks and watching the creatures inhabit their world was enough. For these families we found out this was a key opportunity to talk to parents while their children were distracted for a bit. These discussions often went quite deep rather quickly - we met parents who were worried about issues to do with vaccination and disease, and wanted to know more about how to judge the efficacy of vaccines, or how to interpret the statistics involved. Other topics that came up with the adults were why antibiotics don't work against viruses, how antibodies and immunity work, and what a virus even is.

Slightly older children (e.g. those around Minecraft age) were naturally less patent to hear explanations than their parents, but were very eager to figure out for themselves what was going on with the game. Some of these had already decided they wanted to be scientists, while others were more attracted by the game and trying out the strange interface. They tended to be very competitive and kept coming back throughout the day to check their position on the high scores table, and replay when necessary. A good way to discuss deeper principles with them was to point out that this understanding was important to achieving a high score. They were also interested in the technology itself, that it comprised a Raspberry Pi and how the surface proteins are read by little binary bar codes. 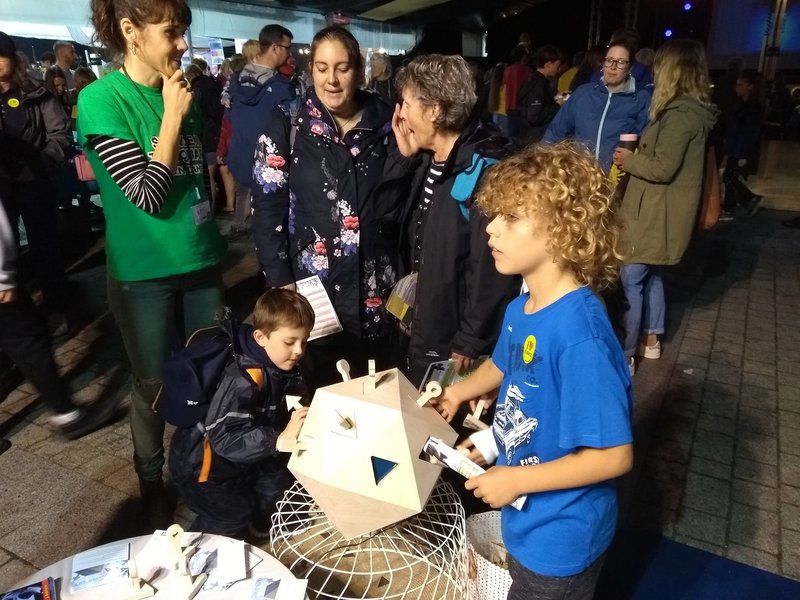 They were not a primary audience we originally had in mind, but the game was also popular with teenagers. After hearing that one way of creating a long lived virus was to 'increase mutation', they made the game into a very physical one, dancing around the virus and plugging and unplugging proteins as fast as possible. In doing so, they actually proved this hypothesis, as they indeed tended to get very high scores - we weren't sure how much this was the case before the event. 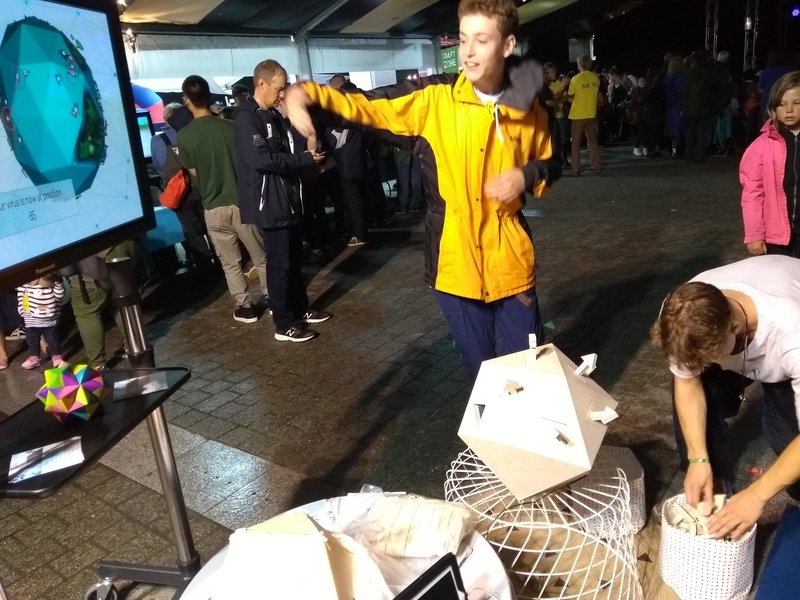 As mentioned above, when large groups played at the same time it was possible for a few kids to direct others to make mutations - for example working together to quickly make all the proteins a single type, then changing them all at the same time to another. This turns out to be another successful strategy, as it allows populations with different receptor shapes a chance to recover - which your virus can then move into when it has exhausted its current population.

Partly due to the scientific context of the event, something I realised was I am not the best person to discuss medical issues that naturally came up - so I took a more observational role that usual. However, a lot of people were more interested in our focus on physical/tangible objects as learning interfaces. We had scattered books and prototype technology used in the project around the virus which was intended to give an impression of the live experimental process that they were taking part in. It can be important to include this type of information in scientific learning alongside the biology. 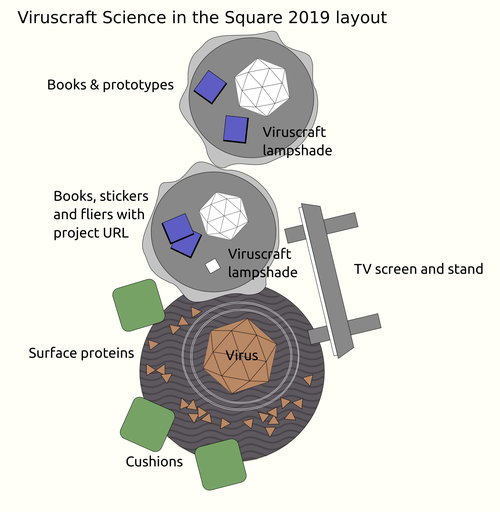 We are very pleased that the way people used the virus at this event proved that a tangible hardware interface could provide a shared experience for multiple people in an educational setting. The next thing we want to do is devise a way to evaluate the changes this brings to how and what people learn more precisely - as we have the online version we can directly compare the tangible interface with.

We managed to get people to fill in a questionnaire after playing the game (not an easy task when they'd rather be chatting or playing, and we'd rather they were chatting or playing!) - about 20% of the players classified themselves as 'science is not for me', 60% as 'I feel connected with science', and 20% as 'I work in a science related job (using the BSA audience categories). Most (80%) people ranked the game as the highest option for being interesting/fun, most (80%) played 3 times or more, and most (80%) said they learned a lot about viruses.