This post is a summary of Karin Johansson's MSc placement at FoAM Kernow on the Sonic Kayak project. The Sonic Kayaks are currently being modified for use for people with visual impairments. Karin helped develop and test an evaluation approach that can be used in future to look at whether the Sonic Kayaks offer wellbeing benefits to the paddlers.

At the end of January, I joined FoAM Kernow to complete a work placement for my master’s degree in Environmental Science at the University of Exeter. As part of my placement I spent two days at Hayle Harbour testing the Sonic Kayak with Lizard Adventure and researchers at the European Centre for Environment and Human Health (ECEHH). The Sonic Kayak is both a musical instrument and a citizen science project that allows the paddler to explore the underwater environment through sound. During a session the paddler hears real-time temperature sonifications from the temperature sensors and any underwater sounds detected by the hydrophone. Using the GPS, location-specific sounds can also be loaded onto maps and triggered as different zones are entered. 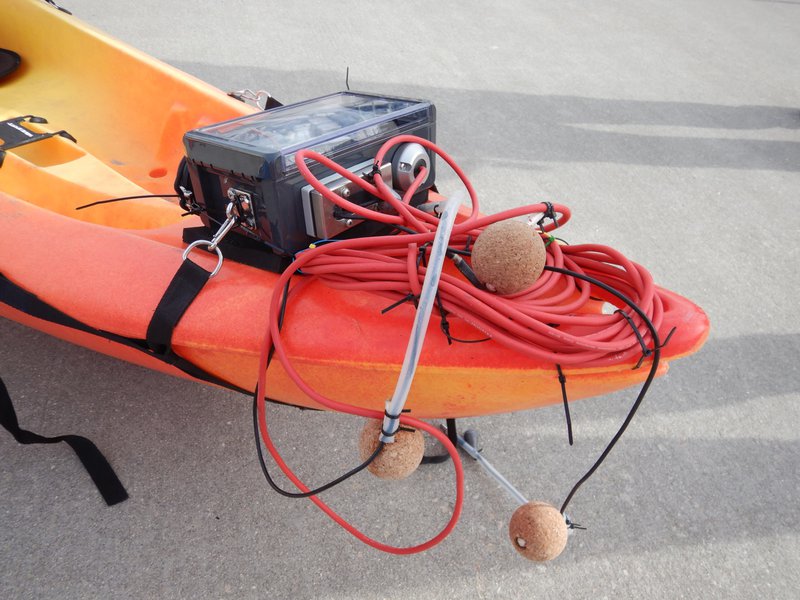 For the test days, we used one Sonic Kayak system between about 10 of us. As we paddled around Hayle Harbour we heard temperature sonifications, some underwater noise detected by the hydrophone and spoken information about the heritage of Hayle as we entered different zones.

The purpose of these test days was (a) to test an interview which investigates if the system brings well-being benefits to its users, (b) to get some general feedback on the project and (c) to see if we could survive without Amber and Dave there to help if anything went wrong (which, thankfully, we did!!).

Here is some general feedback on the process of conducting the interviews. 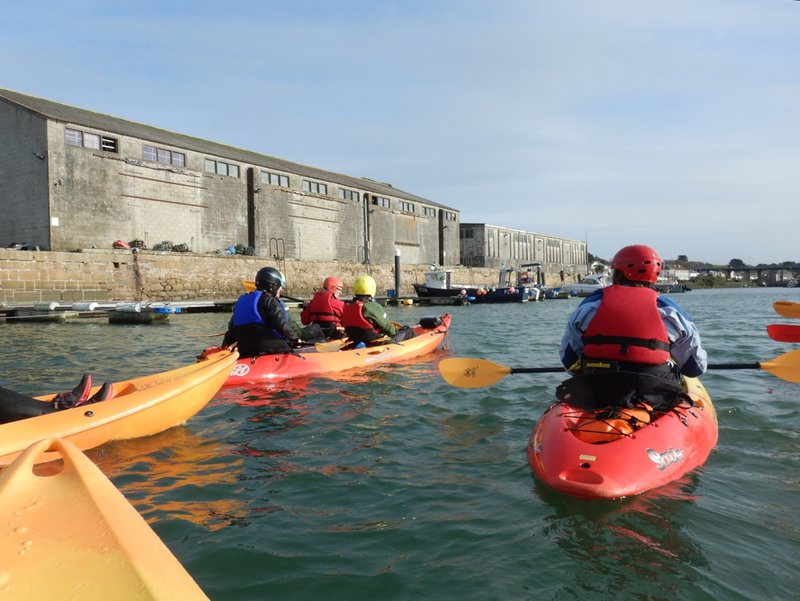 Outcomes of interviews and general comments

Overall the interviews revealed that people were feeling very positive and excited about the Sonic Kayak project. Those that didn’t know much about the system before they took part in the activity were really interested in experiencing the Sonic Kayak and learning more about it. Below are some comments from the interviewees:

“I’m excited about it, I think it is a good experience.”

“Feeling very positive about the project. Glad to be here.”

“It’s novel and its very different to anything else that anyone I know has experienced on the water. Bringing in unique technology really makes it a different experience.”

The main issue with the activity was the volume of the spoken information. It was very difficult for the people not on the Sonic Kayak to hear the spoken information. This was an issue because of the type of speaker that was being used – causing it to sound quite ‘tinny’. Originally much higher quality speakers were being used but they were not waterproof and the risk of losing them is not worth it. This problem can be solved by replacing the speaker with a better quality, waterproof one – although this would increase the cost of the system. Another possibility is to try balancing the sound files and also re-recording the spoken parts. We also tested having the system at the back of the kayak and at the front. We found that the system was more secure at the back but volume wise it is better at the front of the kayak.

One interviewee reported not feeling in control of their journey because they didn’t have the Sonic Kayak system on their kayak. They found the experience was therefore less enjoyable because they didn’t feel like they could set their own pace. The obvious solution for this would to be able to have more systems so more people can have their own system on the kayak. Another possible solution to investigate is finding a way to have a speaker on each kayak (maybe using Bluetooth).

Some interviewees were also disappointed that they didn't hear any underwater sounds from the hydrophone during the activity. Either there simply was no underwater sounds to hear or the sound needs to be amplified or balanced. 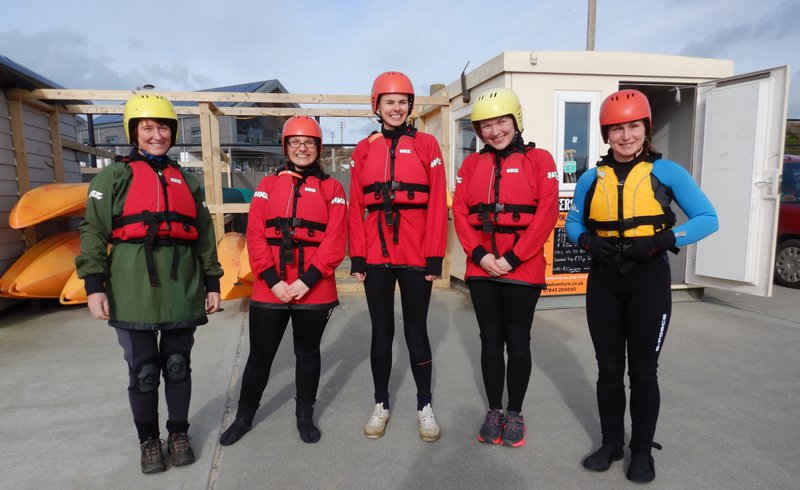 Overall the test days were a success as we managed to get everything working smoothly without Amber and Dave. We discovered aspects that need some work on the Sonic Kayak system and were able to fine tune the interview questions and process.