Today is my final day of my week-long residency with FoAM Kernow. Amber and Dave had already developed a Sonic Kayak system which allows a paddler to listen to underwater sound, and sonified temperature changes, in realtime. I did my PhD on underwater noise in Falmouth Bay assessing the impact of a wave energy converter so when I heard about the Sonic Kayak I was pretty excited! The plan for the week was to get this system recording the underwater sound data for use in scientific data analysis.

Humans have caused the underwater sound levels to rise in many areas due to increases in commercial shipping. This is problematic for many marine species which use sound to communicate, navigate and find their prey. For example, it is well known that dolphins use echolocation to find prey and communicate using whistles and other sounds. I think the Sonic Kayak could be a fantastic tool to research how much sound we’re producing over fine scales.

You can see how the Sonic Kayak is set up here.

The first task was to programme the raspberry pi to record the sound (thanks Dave!) and then test the recordings. We jangled the hydrophone in a cup of water and had a look at the sound files. 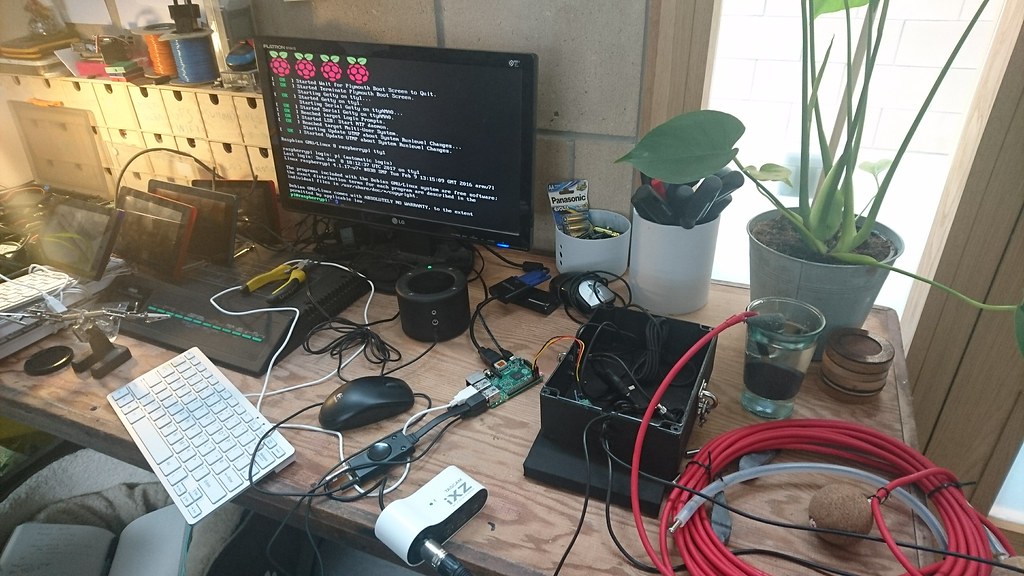 This is what’s called a spectrogram and is displaying the sound file of our test recording. It displays time on the x axis, frequency on the y axis and loudness in colour. The interrupted line from left to right shows a continuous noise that wasn’t from our jangling. We haven’t managed to solve this problem this week and is something we’d like to spend more time on. 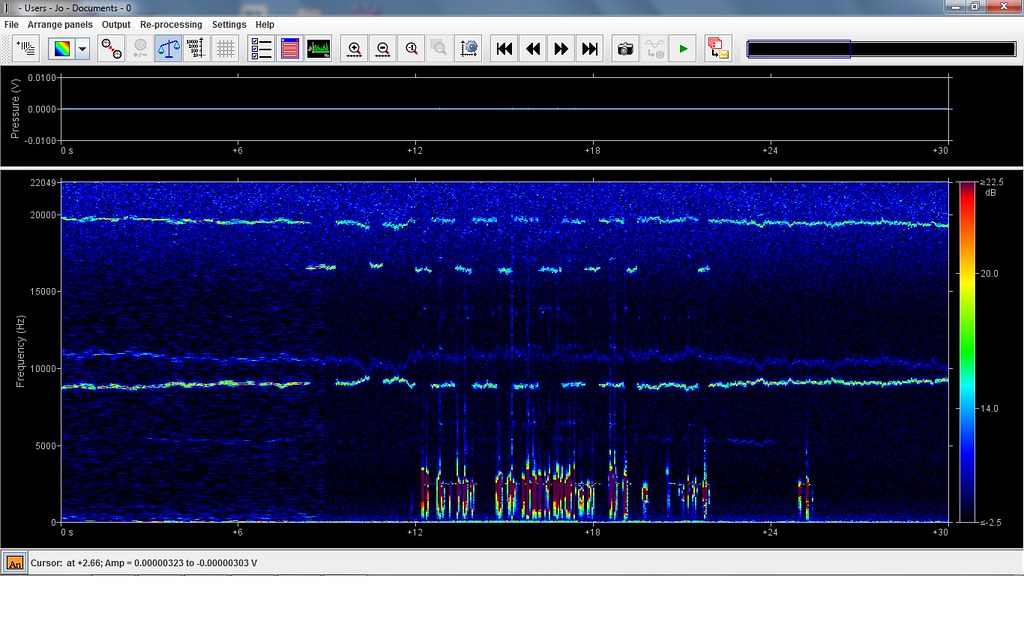 I also tested the individual components by playing white noise through them (thank you to fellow human in residence Shelly Knotts for her technical expertise!). The figure below shows the differing frequency responses of three different sound cards compared to white noise (in blue). We went for the card represented by the black data series as it’s the least variable.

Today, Aiden from FoAM Kernow and I took the kayaks out for a long test trip. I’d learnt from a couple of short trips on Wednesday that the paddling noise tends to dominate so our plan for today was to paddle and then rest to take samples. It was a little windier than I hoped though and so we weren’t able to rest for very long - it was cold and we drifted! 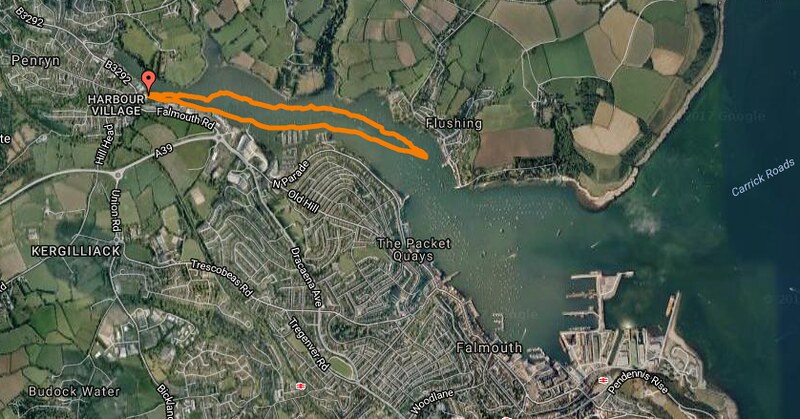 We got over an hour of data from each kayak for me to analyse but for now, here’s a spectrogram of a boat as it went past us (relative dB levels). I had the speakers on the kayak so I could hear underwater and sometimes I could hear a boat before I could see it (a good warning system?!). 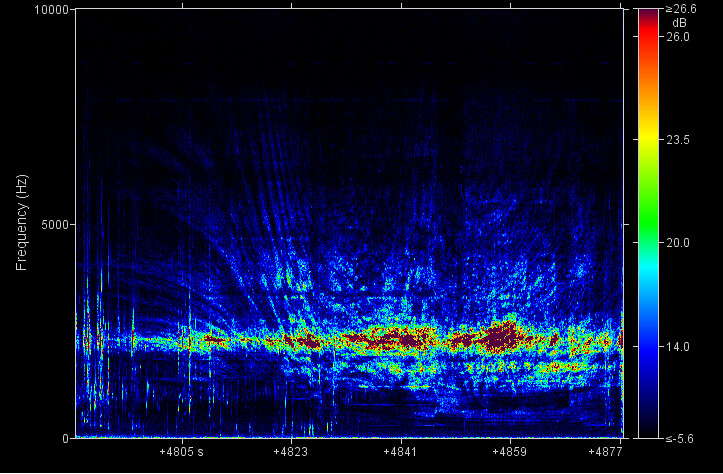 The Sonic Kayak definitely has loads of potential - as a public engagement tool and for scientific data gathering. Watch this space!

Thank you to FoAM Kernow for hosting me (and the birthday cake!).