Last week, collaborators Kaffe Matthews and Kirsty Kemp came to the studio to finalise the sound and build of our Sonic Kayaks.

We now have the full system working, with temperature sensors and a hydrophone logging and sonifying underwater data in real-time to the paddler. We tried out our 3D printed gramophone-style horn (available open-source here) for sound quality, and prototyped a build that would enable the system to be fitted to any kayak model, keep all the electronics waterproof, and not entangle the paddler in a giant mess of cables. 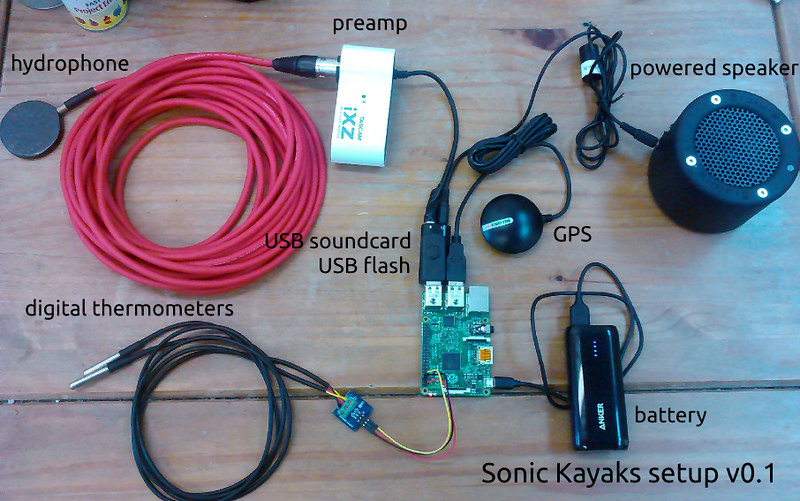 The installation will be launched in Swansea bay at the British Science Festival – a location with distinct challenges, as there is remarkably little variation in the underwater habitat, just extensive sand. Although scientists might find temperature and hydrophone data interesting enough in their own right, it isn't enough for an installation for a broad audience, so we spent some time discussing how to layer up the experience. We decided on zones running out from the shore to the deep water in strips, each providing the paddler with a different set of sonified and spoken information about the environment.

A new collaborator joined the development session – Chris Yesson from the Institute of Zoology in London. Chris has been developing the use of sonar on kayaks to map kelp, a critical habitat for fish breeding. Chris brought his sonar device (Lowrance elite-5 chirp) to try out on our kayaks, with a GoPro to check whether the sonar information matched what was actually going on underwater. The sonar system gives a live feed of what it 'sees' on a small screen mounted on the kayak. Having pointed Chris to where we thought there was kelp, he came back thinking there was none – there were no tell-tale fronds poking above the water as normal, and the sonar visuals didn't look right. After looking at the GoPro footage below he saw that there was kelp, but that it is in bad health, short and limp. The sonar visuals aren't going to be interesting enough in Swansea due to the lack of habitat variation there, but we will use it on the kayaks in other locations.

We opened the development lab to anyone interested, and through doing this made a new contact who is interested in using the kayaks to gather estuarine temperature data for predicting the impacts of climate change on fish breeding populations. We'll be looking into depositing the data collected open access here for scientific use. Our first trace of GPS and temperature from two quick kayak trips out from the shore shows the data is replicable (in the graph below the axis are the geographical co-ordinates, and the colour is the temperature - blue for cold, yellow for warm). 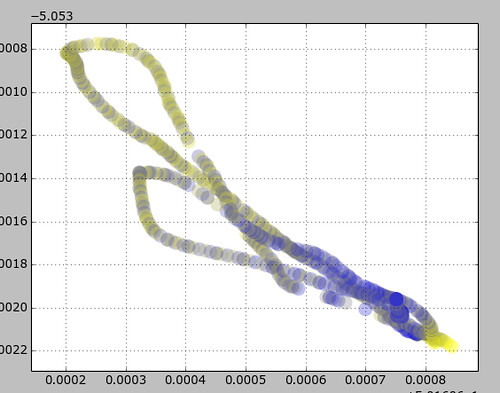 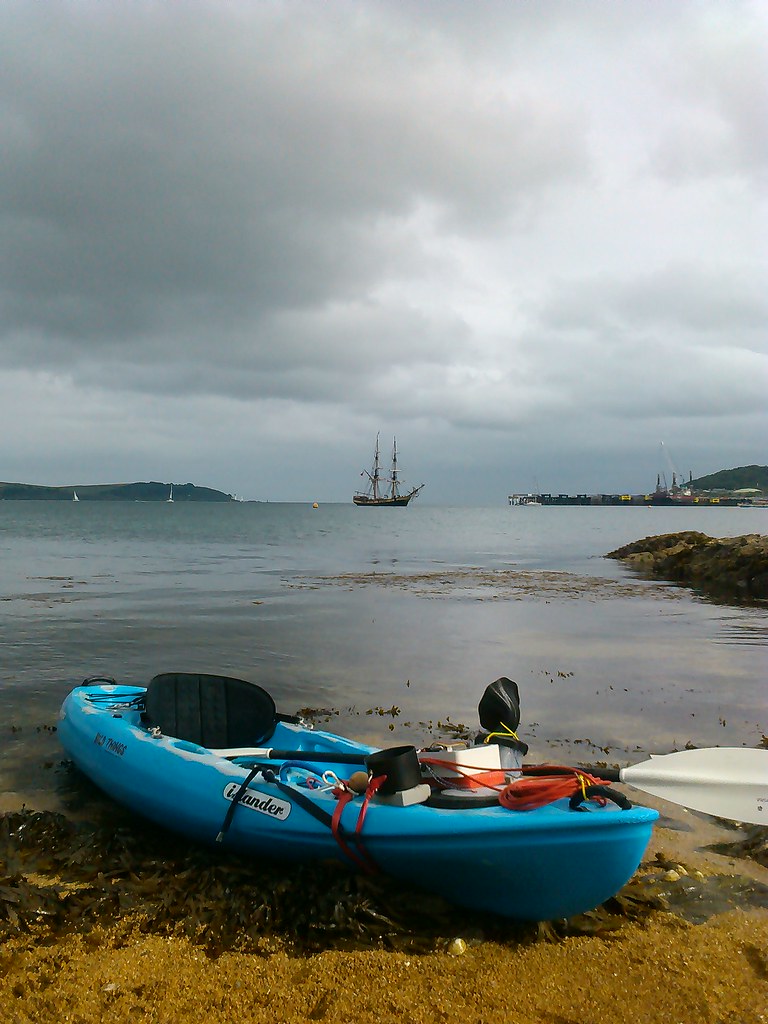 This project is funded by FEAST Cornwall and the British Science Association.