“Dark ecology undermines the naturalness of the stories we tell about how we are involved in nature. It preserves the dark, depressive quality of life in the shadow of ecological catastrophe. Instead of whistling in the dark, insisting that we’re part of Gaia, why not stay with the darkness?”

Twice this year I have travelled north of the Arctic Circle, once to Greenland around Solstice, during the yearly cycle of continuous daylight and more recently at the edge of darkness in the Norwegian-Russian border zone. These two points hold open a larger temporality, the slow motion retreat of the glaciers, gradually shifting populations (human, animal and corporate) alongside the erratic winding down of industrial age metal smelting, pollution machines taking almost anything living with them. Outside of a tangible human immediacy, the inevitable geologic plays itself out.

To set the scene for the most recent journey north, Tim Morton introduced ‘Dark Ecology’ with an elaboration on non-anthopocentric approaches to ecological thinking. Central to this was his open-ended invitation to explore ‘Thinking at Earth Magnitude’, finding a scale, or shape or situation that bends human biases enough to oscillate at the resonant frequencies of planetary concerns. 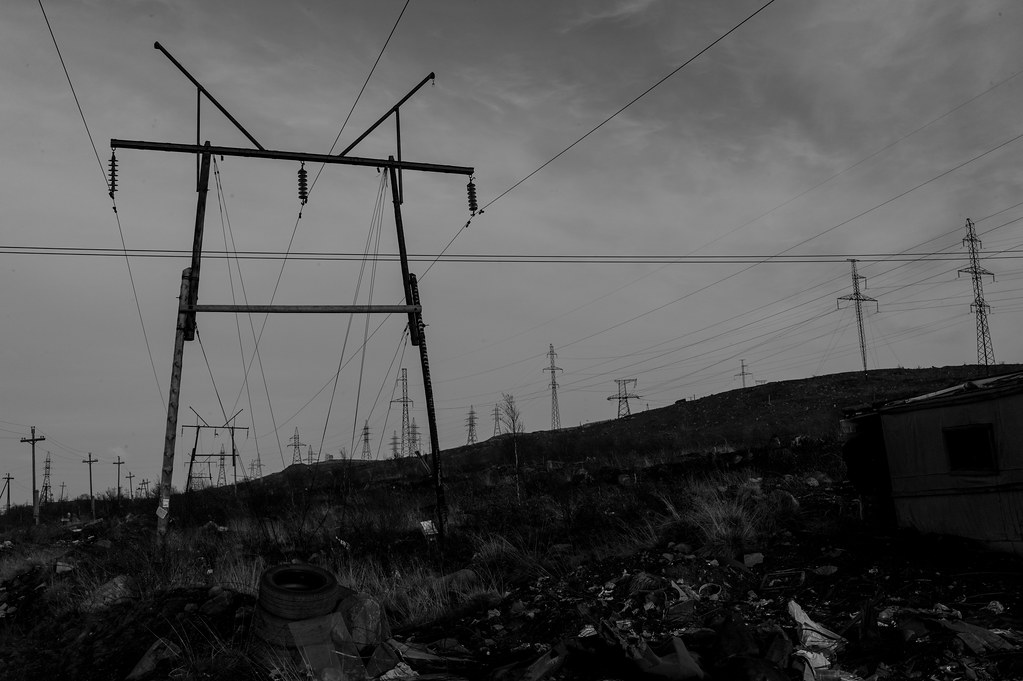 Operating at ‘Earth Magnitude’ the challenge is to think (and act) while considering an ecology that includes polar bears, whales and other charismatic megafauna (as seen from a human perspective) alongside SO2 pollution, M. sedula, Auroras, shipping lanes and toothbrushes (with expansive, inclusive lists providing a requisite ontological quirk). The reframing of “Art as a way of tuning to the world” (rather than a mapping of the world) shifts art out of the utililtarian spotlight, and into murkier more entangled realms, and stages one of the many import questions posed “How do we take the idea that ‘everything is connected’ seriously?” 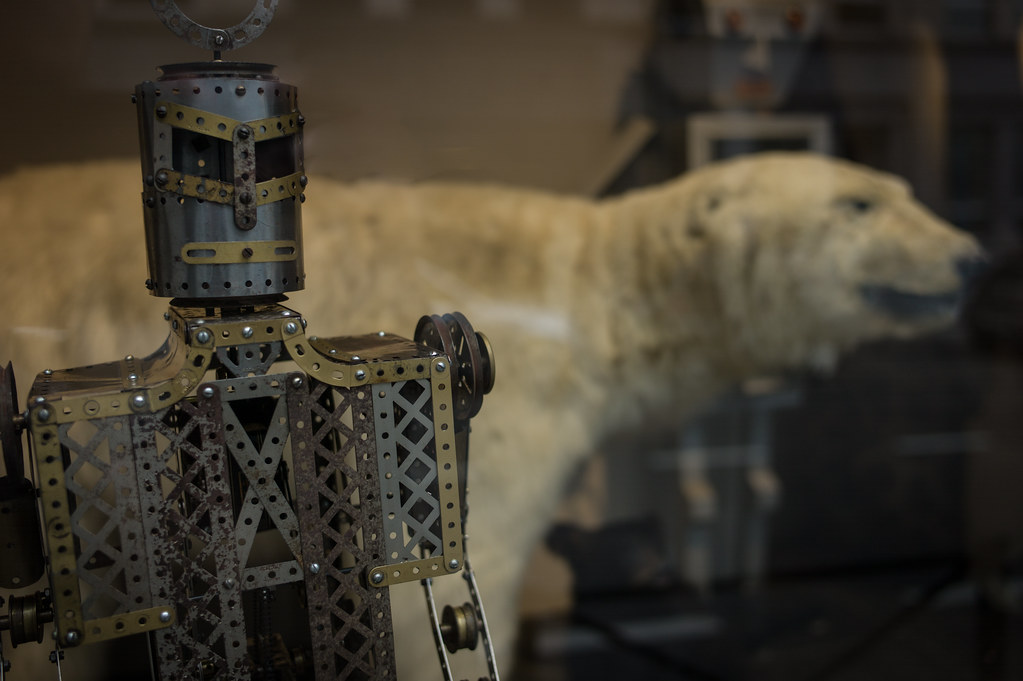 Having crossed the border into Russia, metaphors of ‘The Zone’ twist and multiply, each raising questions by comparison. The Norway–Russia Border Zone, The Russian Border Security Zone; the suspension or dissolution of an existing normality in Interzone (Burroughs), TAZ (Hakim Bey) or just ‘The Zone’ of Gravity’s Rainbow (and later the ‘Zone of Silence’); the singular strangeness of a Special Economic Zone (in paticular the ‘Murmansk Economic Zone’ which closed without a single company having applied for ‘status’ in the ‘Zone’) or more directly, Tarkovsky’s Stalker, navigating unseen obstacles into the centre of ‘The Zone’.

“Ghosts used to be either the likeness of the dead or wraiths of the living. But here in the Zone categories have been blurred badly. The status of the name you miss, love, and search for now has grown ambiguous and remote, but this is even more than the bureaucracy of mass absence- some still live, some have died, but many, many have forgotten which they are. Their likenesses will not serve. Down here are only wrappings left in the light, in the dark: images of the Uncertainty…” 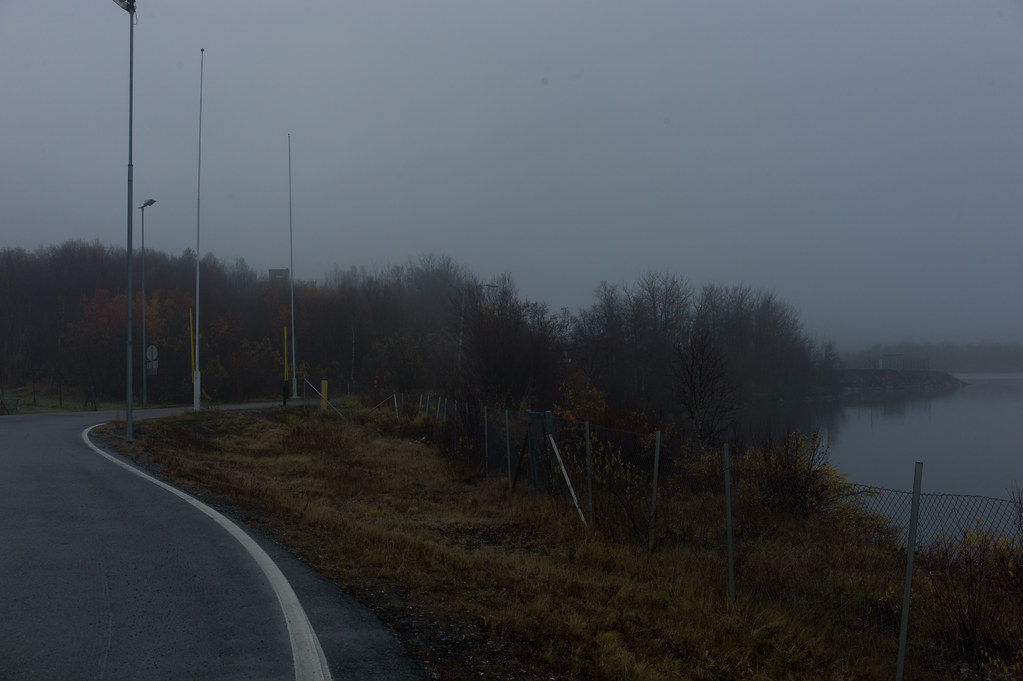 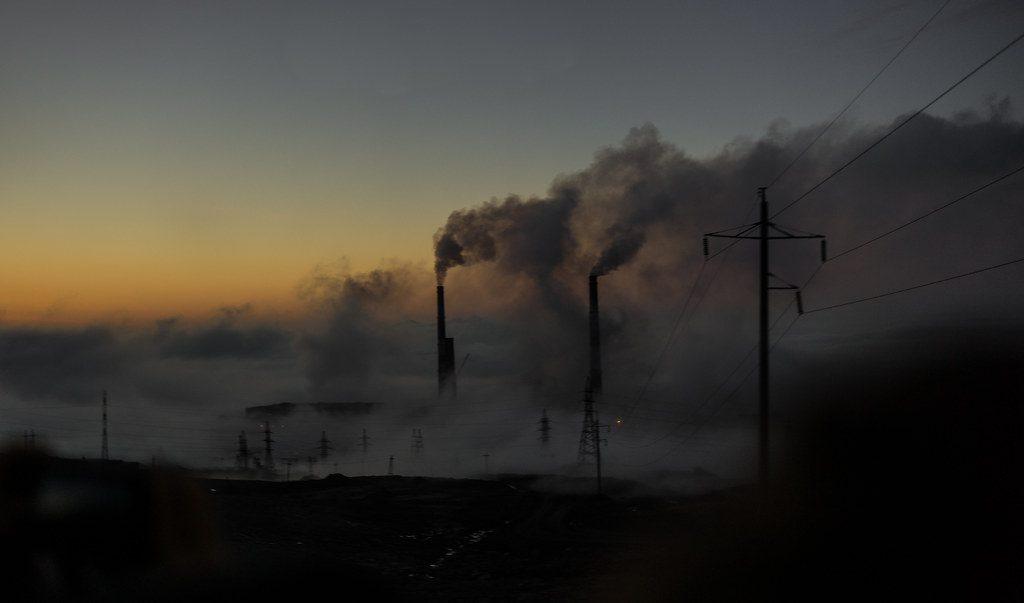 We are in Nikel (Ни́кель), the town named after the metal, there is no need to expose infrastructure, or the motive reasons behind the obvious signs of decay, desolation and destruction of ecosystems. Geologically, a scratch in the reflective surface of the Anthropocene, Nikel is purpose built and its purpose is as obvious and apparent as the smokestacks filling the sky. There is something direct and disquieting about the experiential effects of what would otherwise be abstract environmental concerns. The taste and sting of sulphur rather than charts and reports, the skeletons of a dead forest. A charnel ground. The tangibilty of a dark ecology in Nikel is fused with the scent of brimstone, rotten eggs, garlic and tar. There is no need to vacuum pack it beneath an abstracted supply chain and friendly condescension.

Facing this, there is no looking away, yet this is one of those ‘elsewheres’ that slip from mind. This is the outsourced production of hard drives and kitchen utensils.

“Emissions from Nikel have reduced from about 400 thousand tons of sulfur dioxide in the 1980s to 100 thousand tons today, but that is still about five times the emissions produced in all of Norway.”
— Berents Observer July 03, 2014 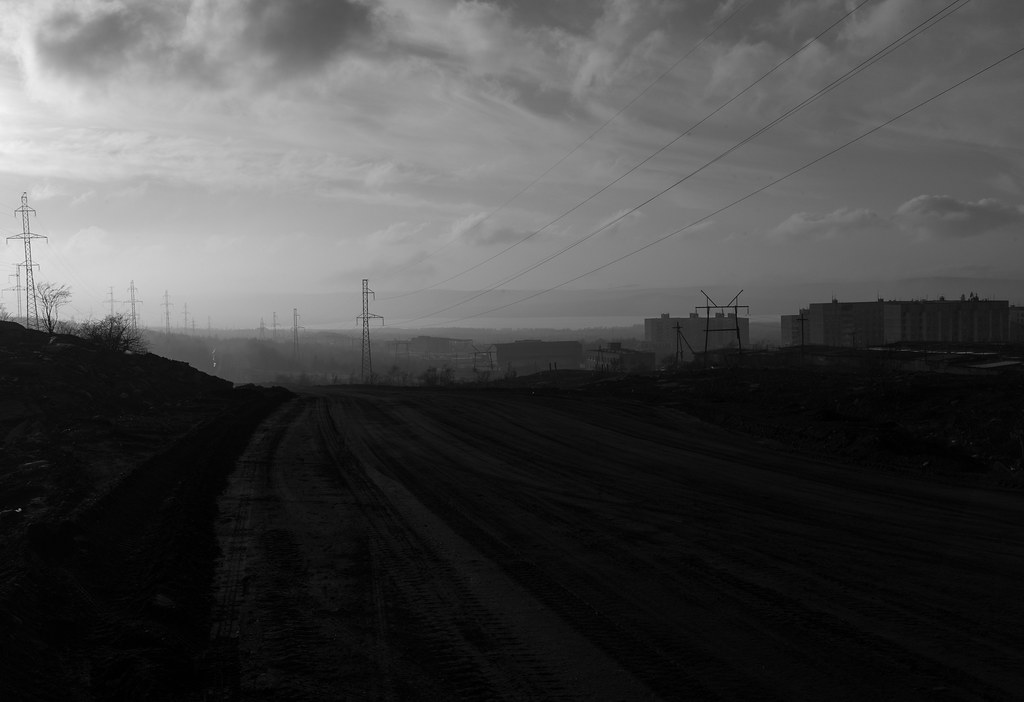 "Have we left the Holocene Epoch — the warm interval since the end of the last ice age some 10,000 years ago — and entered what is increasingly described as a geological epoch or age of our own making?"

Currently the Anthropocene Working Group is meeting in Berlin’s HKW to discuss, in geological terms, whether we have moved into a new geological age. Names can take on a life of their own.

“Like the scientific forest or the grid city, the targets of development have habitually escaped the fine-tuned control aspired to by their inventors. But we must never overlook the fact that the effect of these schemes, however inflected by local practice, lies as much in what they replace as in the degree to which they live up to their own rhetoric.” 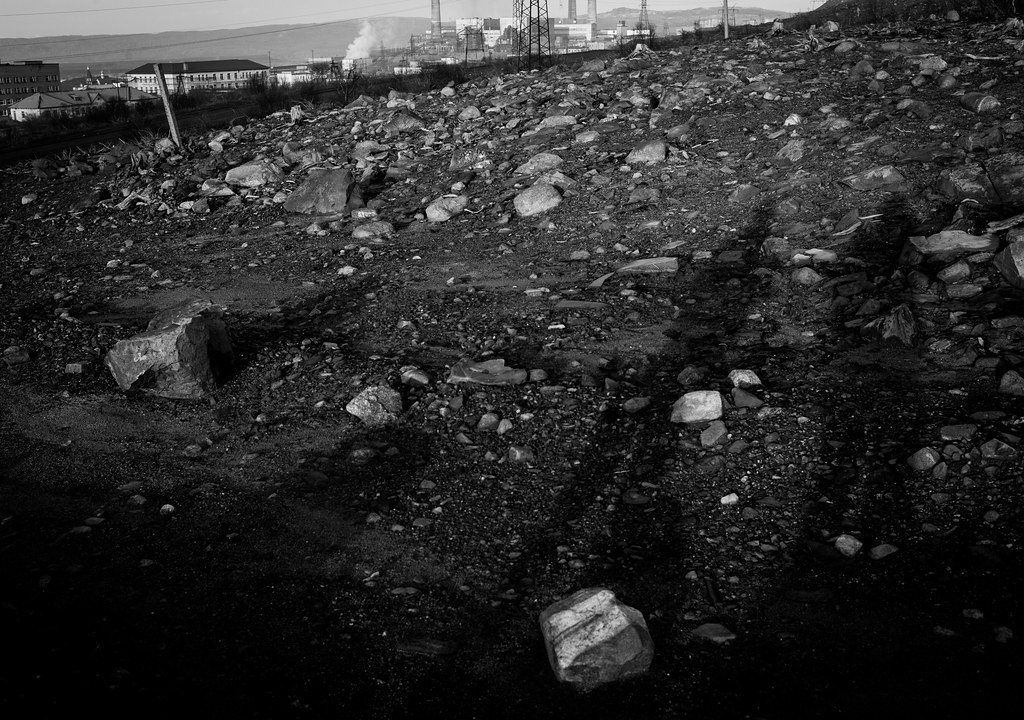 “Ecology without nature is not automated. It does not appeal to a continuum that subtends the passing show of life. Its ethics look more like perversion-or like acknowledging the perverse quality of choice in itself-the shutting down of possibilities, the acceptance of death. It is what Walden calls “liv[ing] deliberately”-without having to retreat to the woods to do so.”

As we watch, The Kola ‘Involuntary park’ appears as a mirage in the haze of suphur dioxide pollution and property speculation. The imminenence of an ice-free Northern Sea Route (aka the NSR which includes the Northeast Passage and the Northwest Passage) casts unusual shadows. Shimmering. Shifting.

“The Kola Peninsula as a whole suffered major ecological damage, mostly as a result of pollution from the military (particularly naval) production, industrial mining of apatite, and military nuclear waste. About 137 active and 140 decommissioned or idle naval nuclear reactors, produced by the Soviet military, remain on the peninsula. For thirty years, nuclear waste had been dumped into the sea by the Northern Fleet and Murmansk Shipping Company.”

According to the Murmansk Regional Ministry for Natural Resources and Ecology “on nine occasions in 2013 the SO2 concentrations were 10 times higher than allowed.” Barents Observer 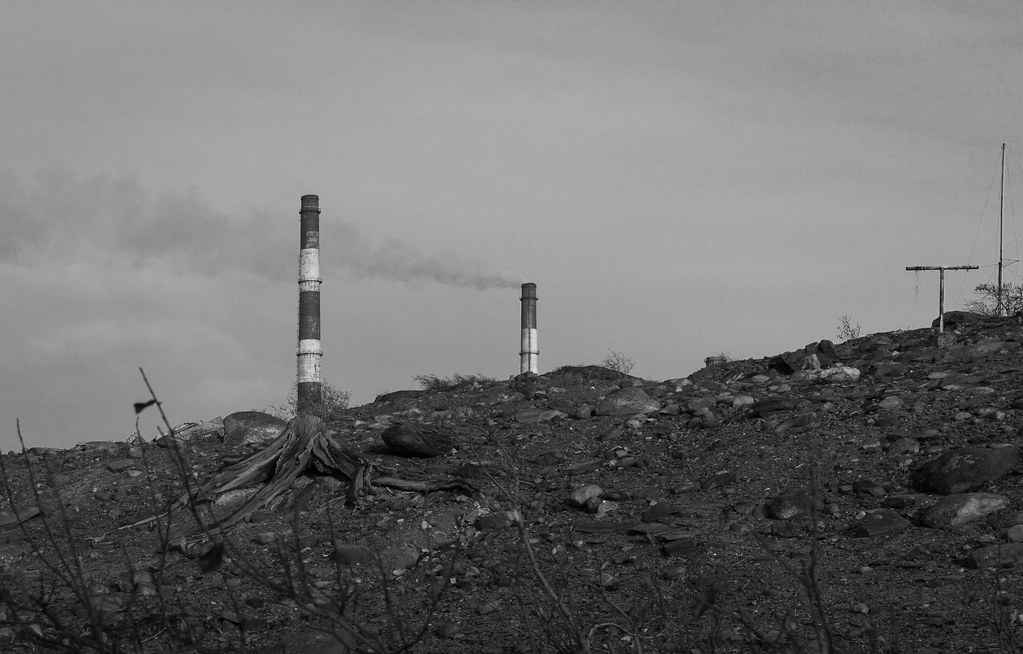 Dark Ecology appears as an aesthetic concern, as a way of shaping or focusing thought, a method of holding contradictions open and unresolved without falling into paralysis, a tuning fork that resonates in particular soundfields, as extra layers of clothing to protect against ‘the elements’, reinforced, yet permeable boundaries between the human organism and the environment (habitat/habitus).

‘Dark ecology is a politicized version of deconstructive hesitation or aporia. Can we be sure that that’s an unfeeling machine “over there,” a vermin, the evil thing? Dark ecology is a melancholic ethics. Unable fully to introject or digest the idea of the other, we are caught in its headlights, suspended in the possibility of acting without being able to act. Thus is born the awareness of the intensity and constraint of critical choice.’

The darkness of being past the event horizon of a slow moving apocalypse, the endgame of the industrial era, the crackling of snapping shrimp, the long absence of 99.9% of species once living. Yet deep in the heart of darkness there is luminosity.

We are entangled in the “mesh of living and nonliving” and within this awareness and hesitation echoes the question “How do we take the idea that ‘everything is connected’ seriously?” which inescapably bifurcates into further connected questions. What are the ethics, morality and pragmatic courses of action that Strategies for Serious Interconnectedness (SSI) suggests? What can we hold on to during this great unravelling other than compassion, an eye for synchronicity and a deep appreciation of intertwingularity? What are the threads and tangles and flexion points? Which aspects of this ‘everything’ are strongly or loosely coupled? non-predictive strategies rather than Grand Narratives? How can we move from reductionism & elimination of (perceived) inconsistency toward a contraction of separable and non-separable systems? How do we become the ‘Entanglement witness’ to this Interconnectedness? 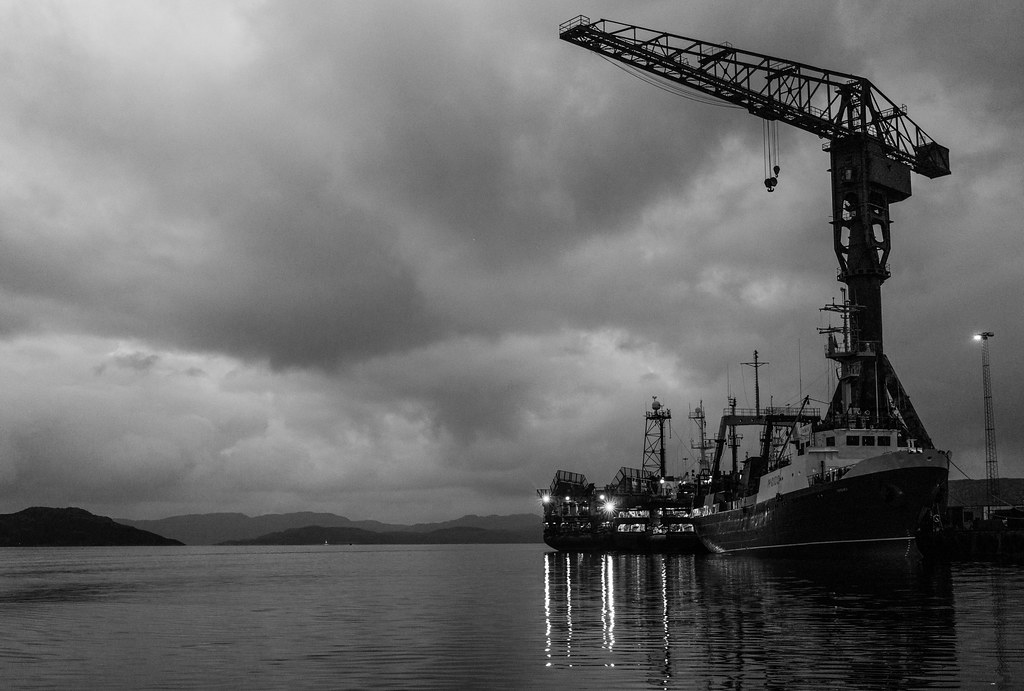 With Jana Winderen, we descend into to the living ocean, listening, eavesdropping on conversations without human counterparts, extending the scope of perception (across distance, depth and temperature). The underwater field recordings inducing gradual perceptual shifts. Direct and explicable, yet alien and distinct. Listening to the fluctuation and interplay of underwater populations. Performing audioecology… 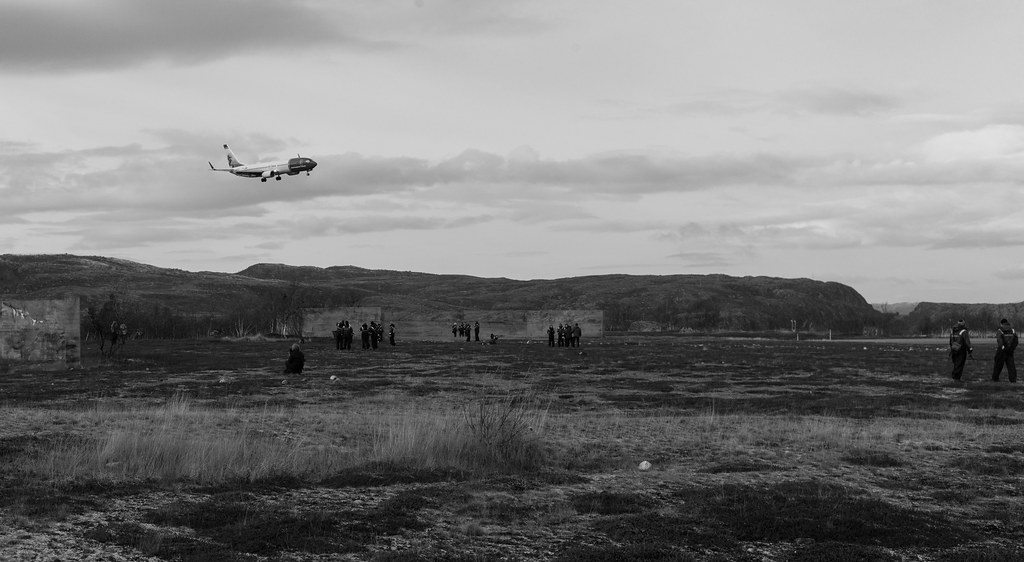 And then Raviv Ganchrow takes us inside Long Wave Synthesis, the infrasound sound-field, where reflection, absorption, diffusion, aircraft noise and air sculpted across the low hills all play their part in exposing the mesh. The tangibility of infrasound is unavoidable, we are standing in the zone where sound shifts from the audible to become barometric. The long echo of Krakatoa skimming off the associative surface, reflected soundwaves, inverted and flattened. lengthening, stretching, . .. 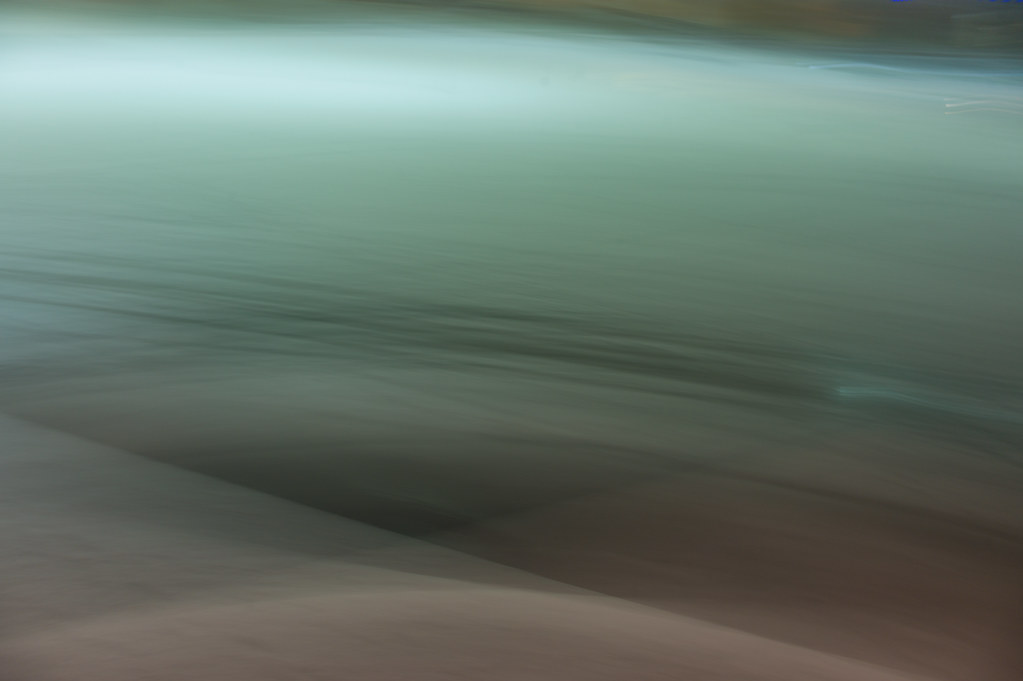 “The Arctic silence is loud, and I strain my ears to take it all in. It’s not often you hear something close to absolute silence, and it is an arresting and moving sound.” — Chris Lowery