Medieval tart so loved by women

Freshly arrived at the FoAM laboratory, I was asked to provide something to eat or drink for the Borrowed Scenery event at Electrified (an exploration) in Gent. One of the project’s locations was in a béguinage in Ghent. Being from this city myself, I felt attracted by the history of the space as well as the day the event would take place – Flemish Father’s Day.

Béguinages are medieval cloisters where particular kinds of nuns lived up to the middle of last century. Each of them had a private house with a microclimate garden, but there were also communal gardens where until the 90s cows or sheep were kept. Situated around a central church, béguinages made up little traditional villages in themselves, closing their doors at night. Today they remain quiet, walled neighbourhoods that have preserved a remarkable biodiversity.

I contacted Prof. Frederik Buylaert, lecturer in late medieval and early modern history at the Vrije Universiteit Brussel, who provided me with a cookbook of medieval recipes (O. Redon, F. Sabban & S. Serventi, The medieval kitchen). In the section “Sweets and Tarts” I found a recipe perfectly suited to the event at hand - a white tart specially loved by women. We can imagine how the purity symbolised by the white would have been exceptional and therefore highly seductive in those dark ages. Besides the rose water, which was very often used in medieval sweets, all the other ingredients of the tart – cream cheese, ginger, butter, milk and sugar – remain in common use in any European kitchen today; but their combination does not result in the tart we are familiar with. 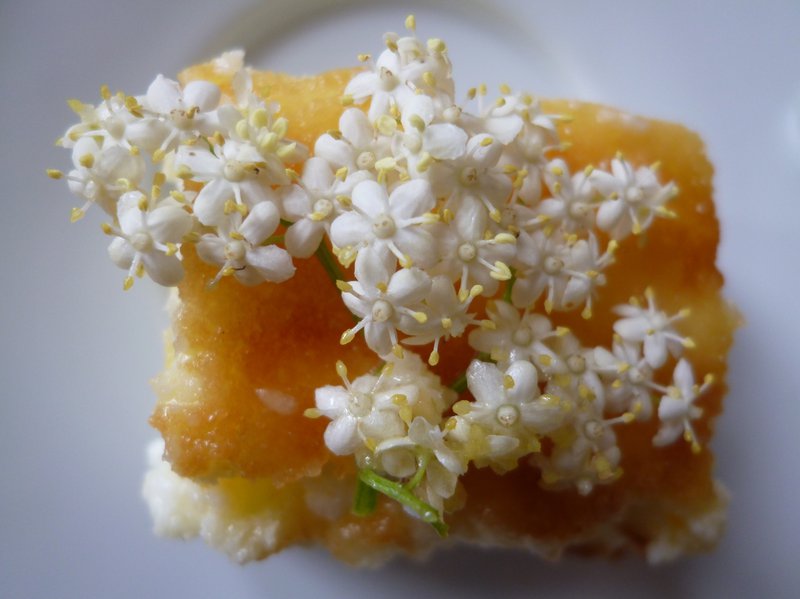 I prepared the dough – which needed to sit for a while – the day before, but I did the filling and the baking itself on the morning of the picnic. So when I took the tart out of the oven an hour before I had to leave it seemed to have risen nicely, although it was light yellow rather than white. Setting out via foot, tram and train, every shake and bump made the tart collapse a little more. Arriving at Vooruit, the tart was only half its previous size. Moreover, in the rush I forgot the white icing sugar for the finishing touch. The almost white, half-shrunk tart luckily still smelled amazing, and Rasa came up with the splendid idea of using the wild elderberry blossom sprouted from the calcareous cement of the quay as the cherry on the cake – or in this case, the edible flower on the remarkable tart loved by women, men and fathers of all ages.