As a partner in the Resilients project, FoAM researches how to increase individual, group and community resilience by cultivating behaviours that help us prepare for any possible future. As we all know, profound change begins with yourself. From the summer of 2011 onwards, FoAM is undergoing a resilience inspection – we are looking deeply into the structure of our network, our governance, people, activities and principles, and slowly removing unsustainable elements and nurturing resilient and inspiring ones. As part of this process, we dared to dig deeply into our personal involvement with FoAM in a week-long silent retreat using the Naikan technique, under the guidance of Helga Hartl at the Brussels FoAM studio. By undergoing this process of deeply personal introspection as a collective in our common workspace, we aimed to increase the group’s commitment, effectiveness of communication, bonding – to improve our resilience as individuals and a group.

Resilients Journeyers: in residence and transience

In medieval guilds a journeyer was a person in possession of precious skills and knowledge, travelling between members of the guild to learn, share and practice their craft. In the Resilients project, we celebrate the role of travelling generalists, who temporarily stimulate, inspire as well as disrupt our organisations.

We began by welcoming a Family in Residence - the Simpsons (Mark, Lea, Scarlet and Delilah), who occupied FoAM in Brussels for two weeks in June and July 2011. The premise of the residency was that a resilient culture cannot continue to separate work and life. The children became a part of FoAM’s daily routine, where we functioned together as an extended clan for the travelling nuclear family. Meanwhile, Lea was investigating art libraries in Brussels and has inspired us to resurrect our plans for a Brussels-wide online database of small libraries. Mark, the pater familias, wreaked havoc by prototyping rocket boats and unleashing them in the muddy waters of the Brussels canal, marking the world premiere of Rocket Boat Day.

After the family departed, Simone Poutnik, a Resilients Journeyer extraordinaire, returned from the Kufunda Learning Village in Zimbabwe. She came back with stories about the resilience through determination and openness, as well as the fragility of “Zim’s” recent history and its rollercoasting currency. In September 2011 Simone and her partner Hendrik Tiesinga weighed anchor to become itinerant journeyers for the coming two years. Their stories will make for a special contribution to the Resilients Handbook in 2012. 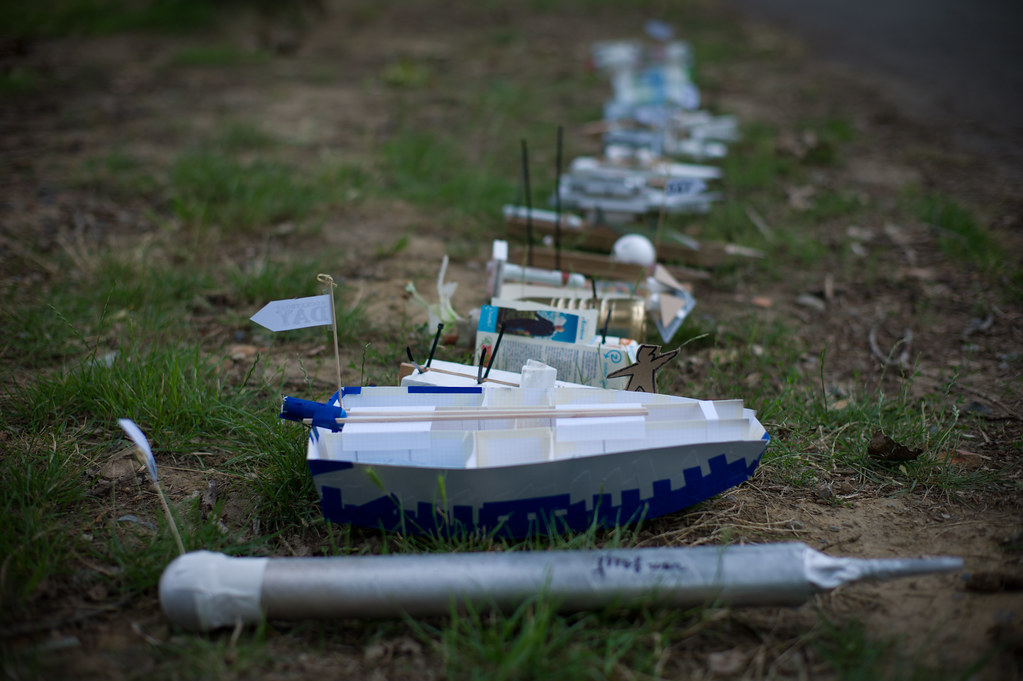 The hypothesis of the Mathematickal Arts workshop was that cultural resilience can be increased by (1) supporting a community of generalists able to connect disparate concepts and disciplines together, as well as (2) connecting traditional disciplines (such as mathematics and textile crafts) with contemporary and emerging technologies such as computer programming or bioinformatics. The workshop was designed and led by Carole Collet, with a background in textile education and sustainable design, together with mathematician, artist and nautical enthusiast Tim Boykett. The hypothesis was proven in practical exercises showing that experiments were more effective when both the trial-and-error intuitions of design and careful analysis of mathematics were employed in prototyping suspended cubes, or textile origami. 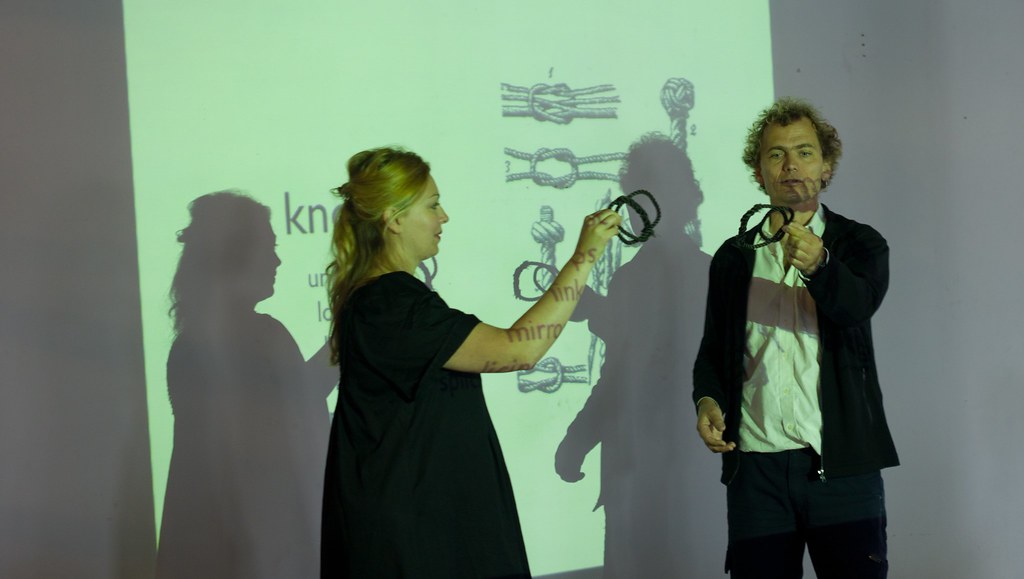 Making and Remaking of Saints and Venerative Places was a workshop organised by Performing Pictures together with nadine, FoAM Amsterdam and Nordica (Anna Maria Orru, Cocky Eek and Theun Karelse). Together they formed the temporary “Pollinators” crew on the island of Rab, Croatia. The group constructed a kinetic chapel and discussed the Pollinators journey – a green-powered cultural pilgrimage by tricycle planned for the summer of 2012. What do saints and veneration have to do with contemporary cultural resilience? With the emergence of modern archaeology and anthropology providing new kinds of interpretation for the meanings and origins of saintly places on the one hand, and the projects of modernity and religious reform aiming the purification and reinterpretation of rites and sites on the other hand, saintly places and their origins have become subjects of conflicting interpretations and contested practices. Rather than erasing the sites and landscapes of saint veneration and religious imagination, however, the projects of modernity and reform have initiated a process of profound change in the ways in which locality in its different levels is being perceived and enacted. In a way, the policing of modern meanings of local attainments also leads to a revitalising, restructuring and reinventing of venerative practices. 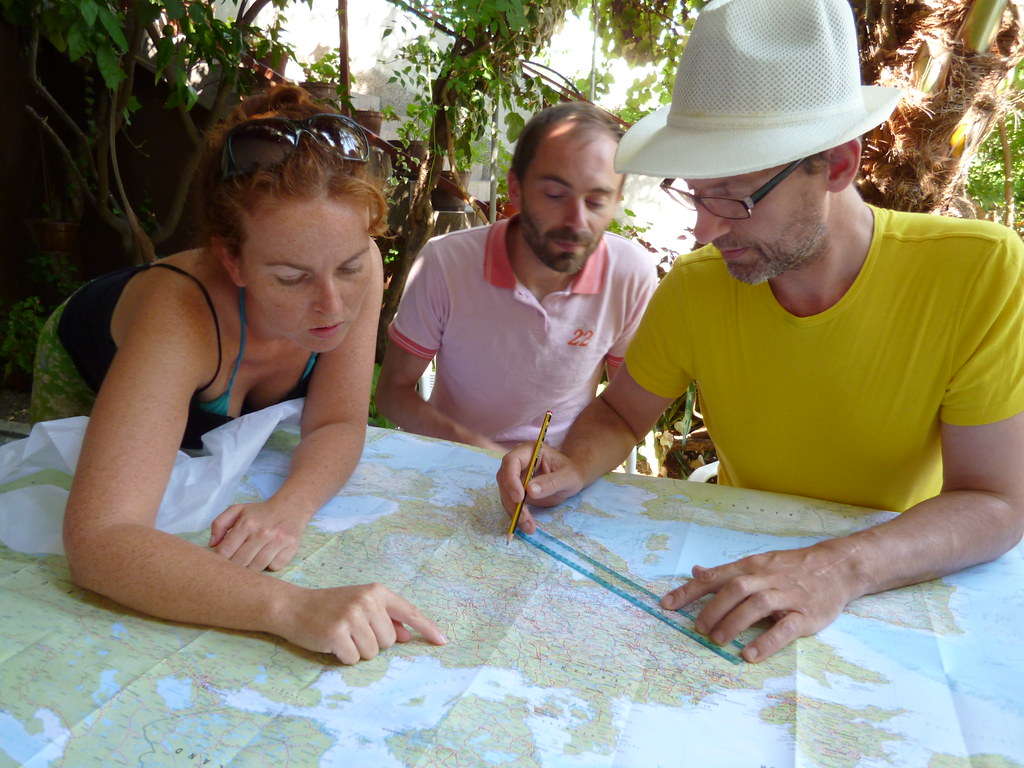 In October Bartaku and Carole Collet are conducting a treasure hunt for models of resilience in craft practices at the Central Saint Martin’s Textile Futures lab. They will use the workshop to guide their 'Table Vivant' speculative design experiments; exploring how the combination of food, craft and science can lead to resilient models for design.