Future of the Delta 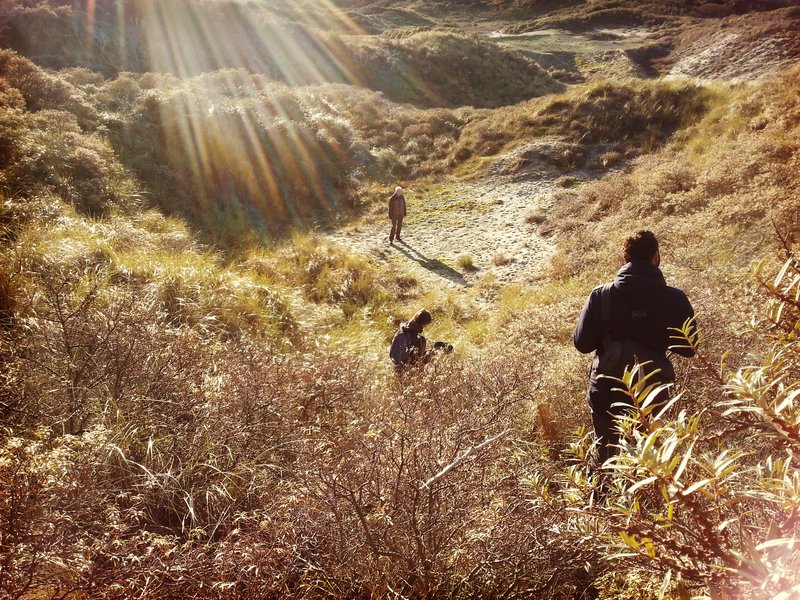 One team focusses on the plight of the Eel, another on the North sea as a marine acoustic space and the third in which anthropologist Darko Lagunas, geophysicist Maarten Kleinhans and Theun of FoAM collaborate, investigates the future of the Zeeland delta region in the light of rising seas and sinking lands.

After the last big tragedy in 1953 the Deltaworks emerged, basically putting up a massive wall between the Dutch and the sea. The trouble with a wall however is that it also restricts the view of it's builder, to such an extent that this year's "Kust & Zee" (Coast & Sea) magazine asks: are the Dutch sea-blind?

This may illustrate that some cracks are forming in the Dutch tradition of dams and dikes. Still to many a source of national pride, to others a monumental error. Some sings of change are appearing along the coast. Experiments with migrating sandbanks have started, more space has been given for the meandering of rivers, polders have been 'given back to the sea' and Rotterdam even has a tidal park. But there is still a lot of ground to cover in light of changes associated with climate breakdown. Will this in-effect force the Dutch to 'negotiate' with natural phenomena to which their classic engineering strategies are ineffective? Will it force us into what Catherine Harris has described as "unconditional hospitality" towards other life, as waters reclaim land? Are the Dutch about to re-engage with 'The Great Conversation' among life forms to which Paul Kingsnorth has referred, when the building of walls become pointless?

This team will look at the future of the Delta region from a multi-species perspective. Can the effort of looking from their vantage-points open up space for new insights, deepen our empathy for the aquatic world and the creatures of wet, dry and intertidal worlds?

With Covid floating around human populations, the dates of our research programme are still quite liquid. But this page will be updated as layers of sediment settle down.

Embassy of the North sea: https://www.embassyofthenorthsea.com/