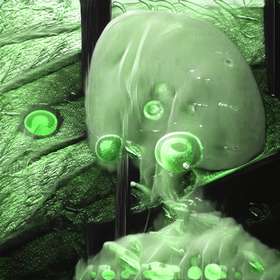 Mahadev Cometo (Switzerland - PIAS, Make Up) consists of Alain Monod aka Al Comet on sitar, and Bertrand Siffert on electronics. As a founding member of The Young Gods Alain helped to reshape the industrial sound of the eighties, and he kept on exploring new distinctive sounds ever since. After a 6 months residency in India in 2011 the combination of sitar and classical Indian ragas with hi tech western electronica became a fact, resulting in a highly psychedelic sound. Today Mahadev Cometo has performed at several shows and festivals in Europe (Boom Festival, Portugal), Nepal (Silence Festival, Kathmandu), and India. Come and take the trip.