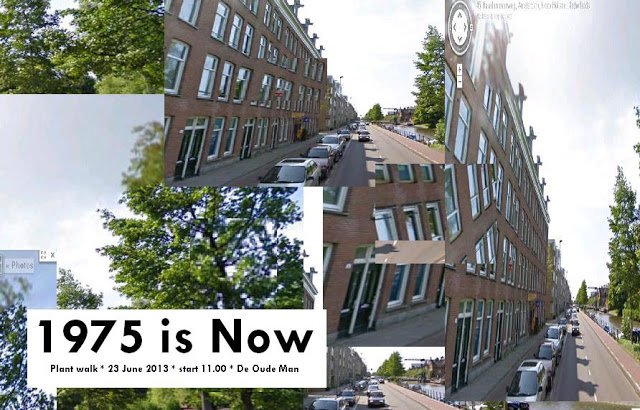 In August 1975 Johan Bolhuis went searching for a rare fern on the Haarlemmerweg in Amsterdam. His walk took him from the statue of Domela Nieuwenhuis (the famous anarchist born in 1846) to Sloterdijk (the once quaint village currently buried underneath a train station). Bolhuis writes that not only did he find his fern but also another 129 wild plants on a trajectory of two kilometres.

We would never have known this if it weren’t for a chance find of his book Plants in and around Amsterdam (1976). From the introduction we learn that Bolhuis was a linguist by profession who had acquired specialist knowledge of botany on the side. Further online research has revealed nothing about the man, but judging by his style, which was archaic even then, he must have been of a respectable age. Old-fashioned language notwithstanding, Bolhuis’ botanical interests are remarkably modern by today's standards. Throughout his book he has a keen eye for the way invasive plants (sometimes in combination with urban development) can change the floral look of urban neglect in small timespans. He notices plants in various states of  naturalization, from century-old arrivals from the Americas to the latest species he sometimes manages to trace back to individual gardens.

In our annual plant walk we will retrace Bolhuis’ steps, overlapping his observations with ours, trying to find what he saw, attempting to deduce what he could not have seen. The history of urban wild plants is the history of the world and with Bolhuis in hand we will be able to tell some of its tales.