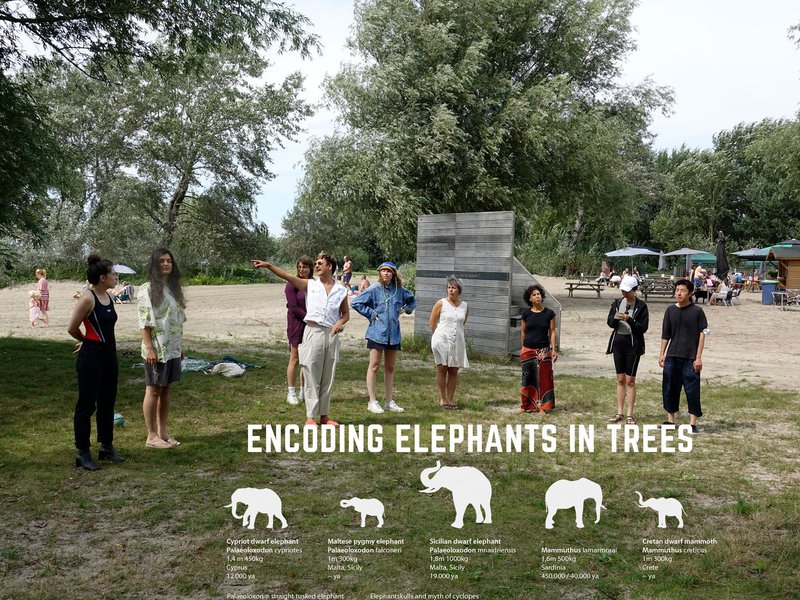 In MonsterCode, monster refers to imagination and code to encoding. It looks at ways in which knowledge or culture more generally was shared and consolidated before there was written text. Before literacy there was orality (in many contexts there still is of course) and it includes a wide range of stuff, but we focus on encoding environmental knowledge directly into the environment itself.

Basically associating knowledge to features ('hooks') in the landscape, by the power of imagination and story. That power is considerable, as evidenced by the practices of oral cultures around the world, showing knowledge remaining intact over thousands of years and spanning thousands of km.

And where features are subtle or unremarkable the imagination kicks in. An indistinct patch of forest or city architecture can be augmented by assigning a giant monster or a tiny critter to it. Hence a boring setting can be populated by the most amazing beings or other narrative triggers for the human psyche.

People who have re-started this practice report their world becomes filled with new layers of liveliness: you are not just walking to the bakery or office, you are walking through the history of early humans, a catalogue of poisonous plants, or whatever you happen to have 'encoded' locally. And once started, the urge grows to add to your worlds; to build them further. 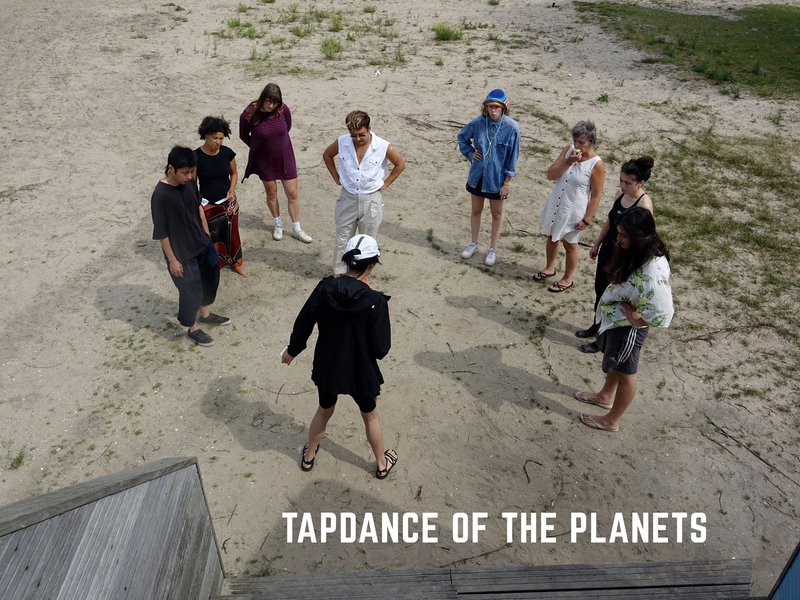 In these first two public sessions we spent the afternoons with groups of 10 guests. First we collectively enacted our names as movements. Then we gave a general introduction to the practice, after which participants were provided with 'data sets' to practice with around the beach.

Our basic 'data sets' were varied in structure, size and character: 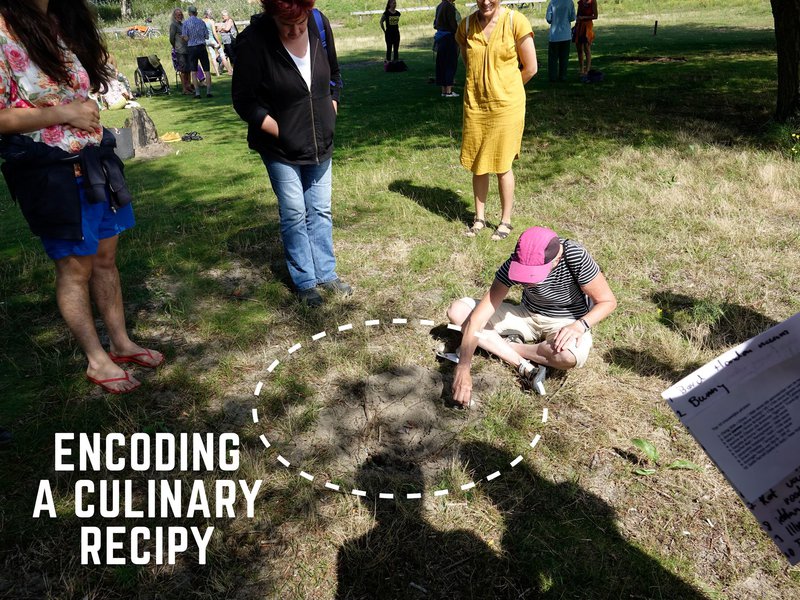 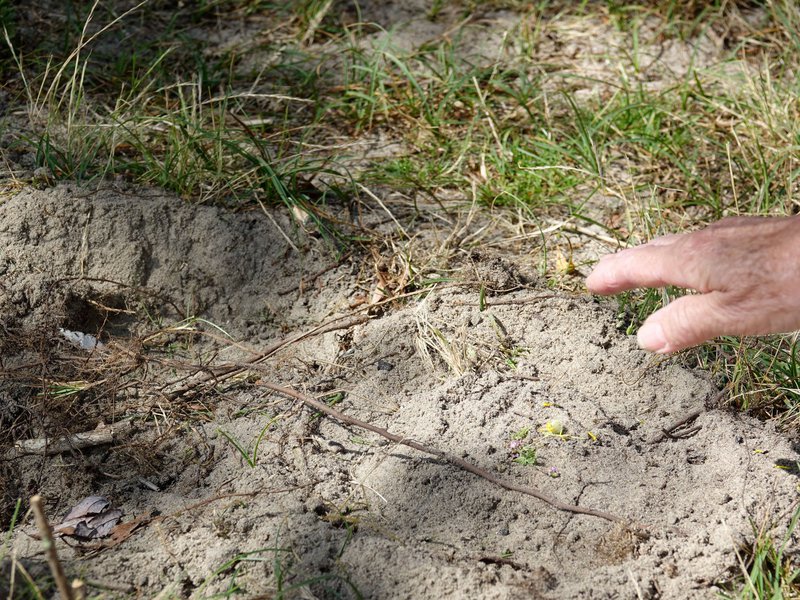 The ways in which people apply their imagination to the environment is super diverse. Things were encoded according to color resemblances, geographic similarity, relative spacial distribution, size, shape, linguistic similarity or body movement. Trees were often used as hooks, but also sunbathing humans, small objects, signs, infrastructure, patches of vegetation, trash, flags or islands in the water.

Some people report that this is their natural modus operandi; "you can ask me the telephone number of the house I lived in 30 years ago in the US, because I see the phone-number on the phone, in the house, in the neighbourhood, with all my friends there." Some guests turned out to be virtuoso monstercoders. 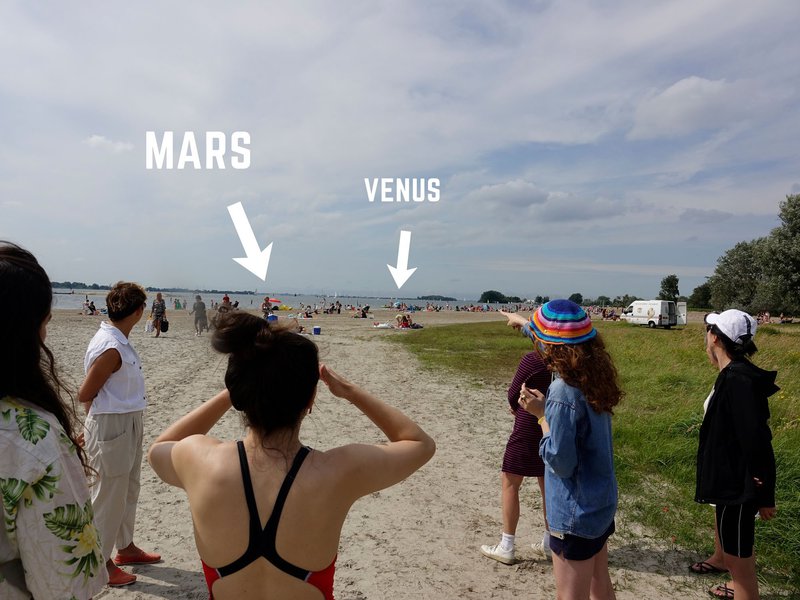 The second afternoon concluded with a discussion on memory related to landscape and cultures. Some of the thoughts and comments:

MonsterCode on the beach was lead by Theun Karelse, Rots Brouwer and Yawen Fu as part of StrandLAB Almere Field Academy summer sessions by Cocky Eek. 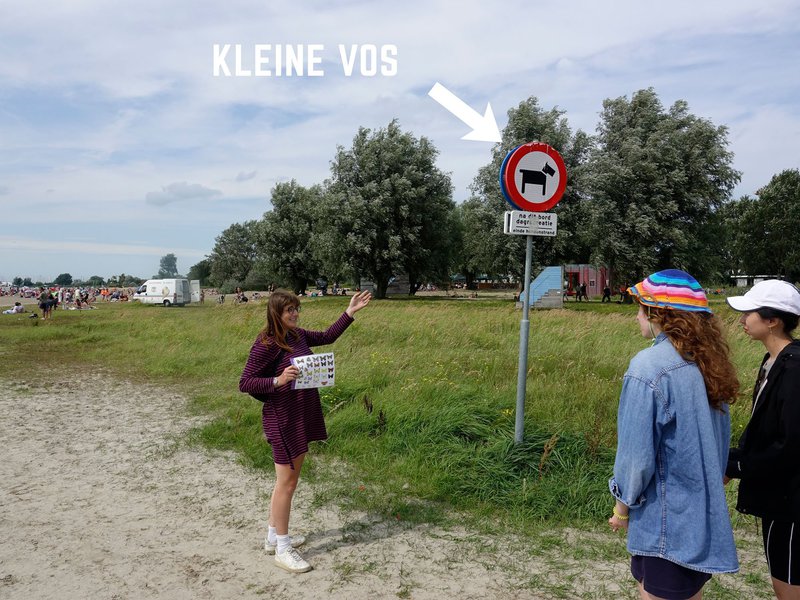