The Amstelpark became the setting for a series of artist residencies exploring how technology can engage with wild systems and organisms. The artists developed new robotic projects for specific ecosystems or species in the park in Amsterdam.

In his recent work American artist/engineer Ian Ingram tries to evoke communications between machine and animal through moving objects. These objects signal in ways that are meaningful to specific animals. In the Amstelpark Ingram developed a new work exploring the communication between two known inhabitants of the urban environment: the rat and the dove. Ingram built a robotic system that translates the ultrasonic vocalisations of brown rats and communicates this information to doves. Will they gang up on us? 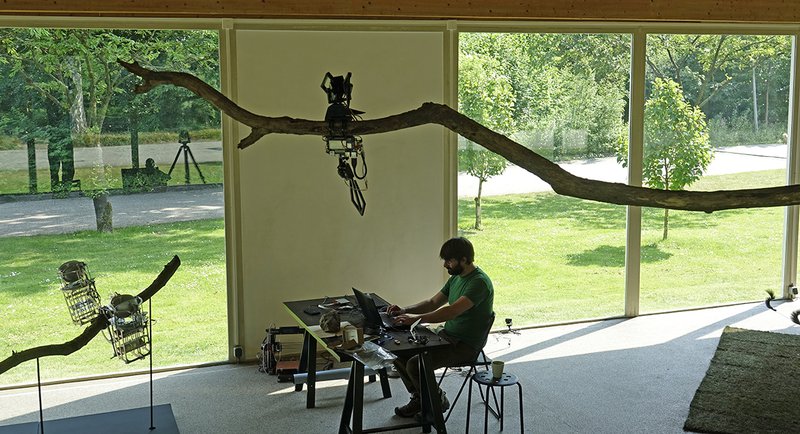 The project Spotter #blackbird by Driessens & Vertappen consisted of building an artificial bird spotter which would have the ability to recognise blackbirds and record them by photography. Inspired by its perceptions the robot then starts rendering its own image of what blackbirds are. It also learned how to generate the characteristic songs of the blackbird. Their first hurdle was to get the camera to detect a bird in time to get a useful photograph. The second hurdle was to actually get some blackbirds near the system. Most of the birds around the Glazen Huis were jays, so they decided it might be interesting to mix bird species. By the end of the fascinating residency the camera had captured many things it liked: an old man who made a daily walk, particular branches of trees, rabbits, window reflections and finally some blackbirds. 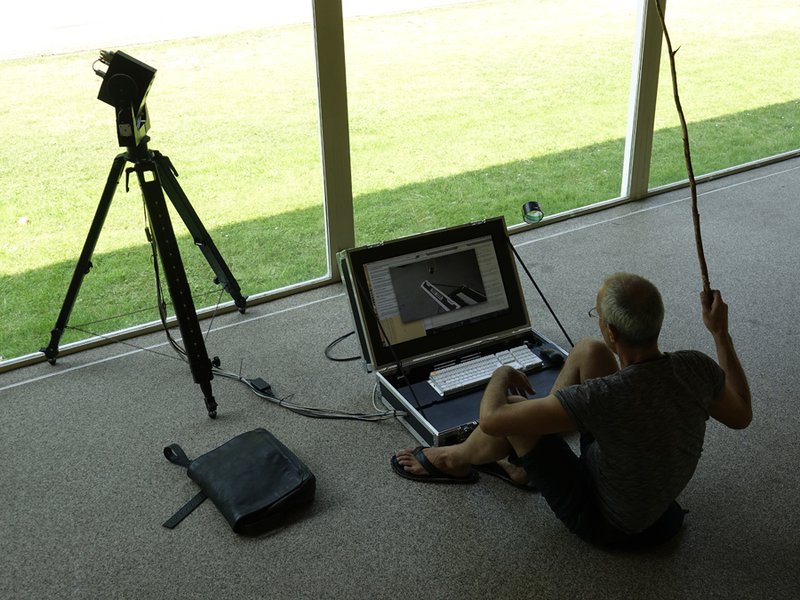 Jip van Leeuwenstein explores future relations between nature and technology by considering how robots can be used to restore the balance in ecosystems. In A Diverse Monoculture a series of robots takes the place of predators in ecosystems that are out of balance due to human causes. To Jip his robots are discussion-pieces intended to provoke critical reflection on the use of technologies to fix environmental problems. He gave a workshop to an international group visiting from Wageningen University on how to construct mechanic predators. 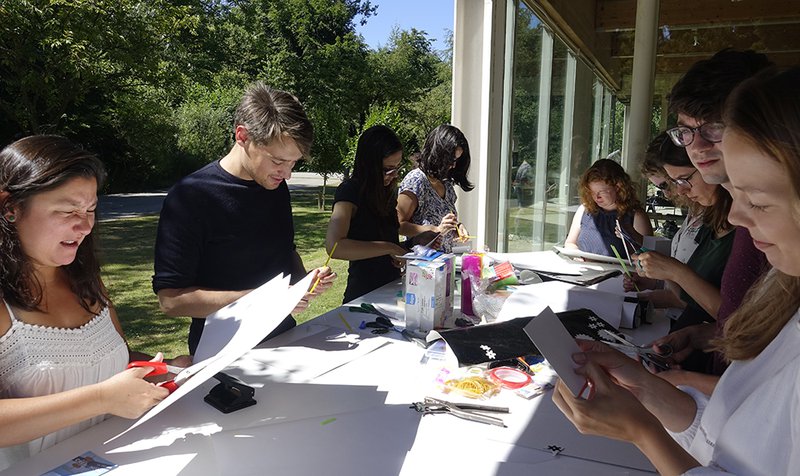 Latvian artist Rihards Vitols asks: if bird populations decrease in the near future, could artificial birds help to curb the rise of insects that damage trees? Vitols developed an artificial Woodpecker which, working on solar energy, chases plant eating insects away by knocking on the tree. When the insect feels or hears this vibration it thinks a predator is in the tree and moves elsewhere, thus protecting the tree. The artificial woodpeckers were positioned in trees surrounding the pavilion. During his residency Rihards worked a new project which explores to what extent crows have individual voices and where this could be relevant in bird research. 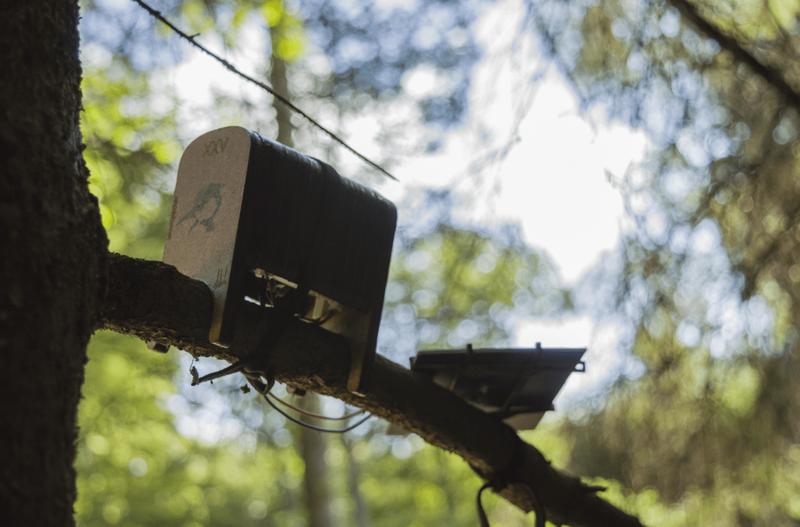 Ian Ingram also hosted a workshop with Theun for all ages which focused on animal alarm signalling. We had masks for about 10 different species and let the youngsters enact encounters between species and the signals the species use to warn others. This was then expanded to observation of the signals of local animals in the park and finally to the way Ian applies these gestures and signals to try and establish communication between wild animals and his robotic agents. 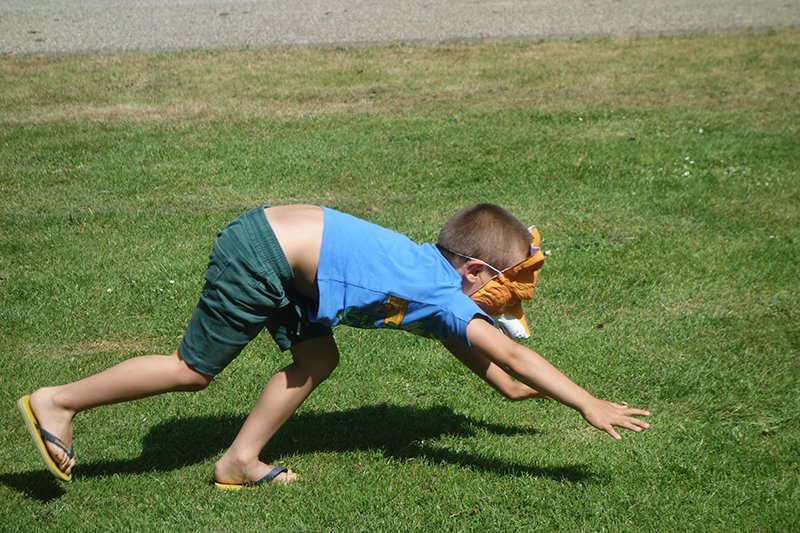