In April, we held our second Viruscraft workshop to begin testing a game and tangible interface that we are making together with evolutionary biologist Dr. Ben Longdon.

The Viruscraft project is about finding new ways to understand how viruses evolve to jump between different host species (like bird flu moving into humans). The project launched in 2017 with a workshop bringing crafts experts together with biologists to decide which of the various virology and evolutionary concepts to focus on, and to begin to prototype some game ideas. In 1962, Caspar and Klug published a theory of virus structure proposing that ‘spherical’ viruses were constructed from identical geometric subunits. Caspar and Klug’s work explicitly referenced the geodesic domes made by architect and designer Buckminster Fuller. This concept of geometric viral structures was appealing to our participants, and so became a core aspect of the project. The second concept that resonated with the participants was the structural aspect to how viruses attach to, and ultimately get into host cells. In biology, the way this happens is is often referred to as a ‘lock and key’ mechanism. The host cells are coated with small proteins called receptors, which are essentially equivalent to locks. Viruses are coated with similar proteins (the keys), and these need to match the host receptors in order for the virus to get into the cell. To be able to infect a new host, the virus needs to evolve the shapes on its coat to match those on the cells of the new host. Similarly, to become resistant to a virus, the host needs to evolve to change the shapes coating its own cells so that the virus shapes no longer match. And so, and arms race begins where the hosts are constantly evolving their receptor shapes to try to evade virus infections, and viruses are constantly evolving their own shapes to try to infect enough hosts to ensure their own survival.

In our prototype game, there is a planet which is inhabited by various host species – on their backs there are shapes which refer to the host’s receptors. There is an icosohedral virus (a ‘spherical’ shape made from 20 triangles) which begins with no protein shapes on its surface. The player chooses shapes to coat their virus, and can continue to change these shapes at any point, evolving their virus. The player needs to match the shapes on their virus to those on the hosts – being careful not to become too good at infecting one type of host as that will kill off the host entirely, meaning that the virus also dies out. To survive, the virus needs to evolve to jump between different hosts, and maintain infection at a manageable level to keep some hosts alive. You can try out various prototypes here. 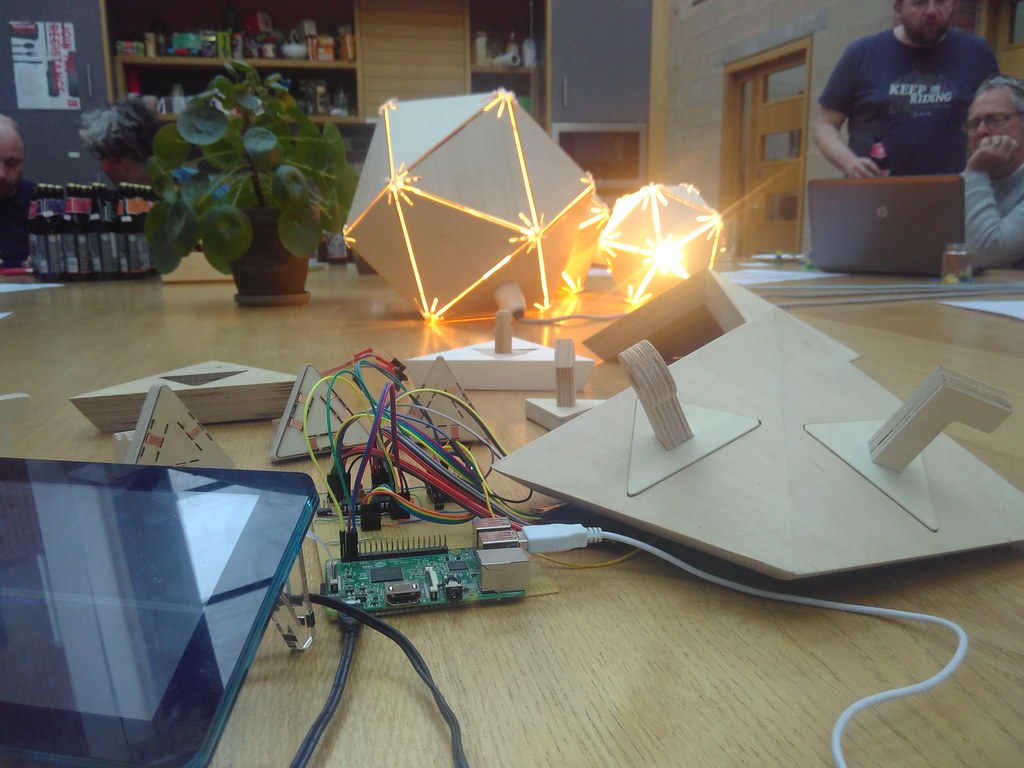 For the game testing workshop, we set a mixed group loose on the screen-based system and the tangible interface – providing little by way of instructions, to see what people intuitively understood. We’ll be using the feedback gathered to improve the system over the coming months, before making the final installation. Below are the main changes that we will be making: 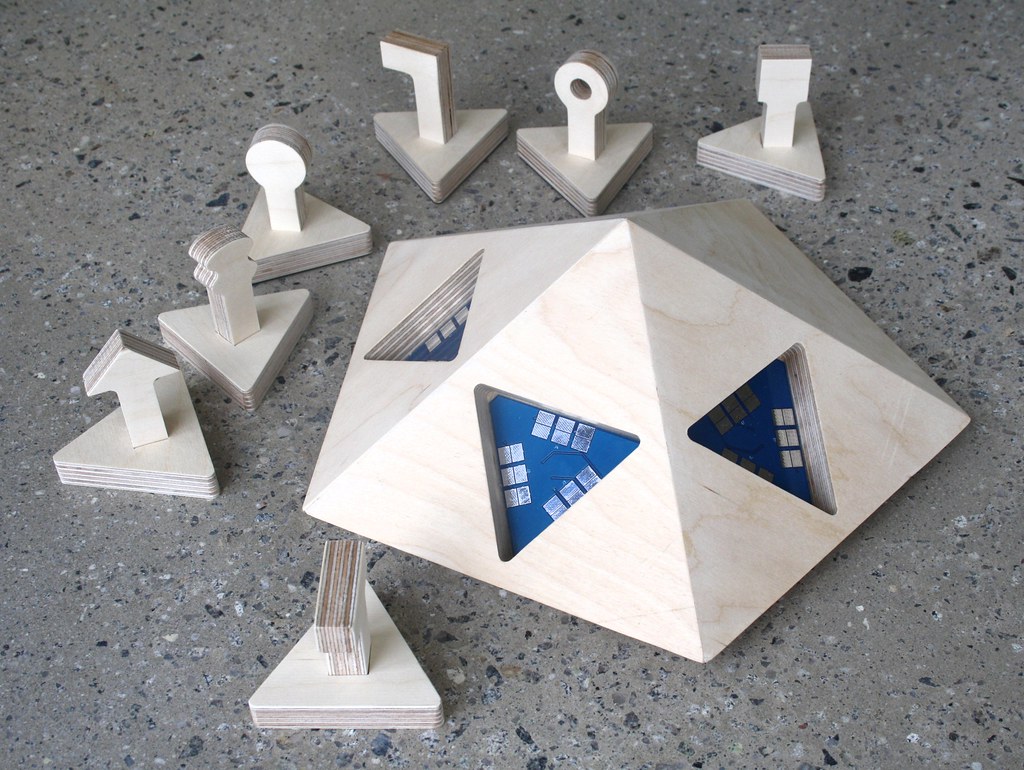 Once we have made the necessary modifications, we will announce the final Viruscraft event date for anyone to come and try the game out. To receive updates about events from the FoAM Kernow studio, you can join our events mailing list here.

Viruscraft is funded by the Wellcome Trust.