A few weeks ago we kicked off the new Penelope project, one of our first jobs was to deliver the prototype pattern matrix (built with the help of Makernow) to the Museum of Casts of Classical sculpture in Munich for exhibition over the summer as part of our Penelopean lab. Our next mission in Cornwall is to design new tangible programming hardware so we can start manufacturing a small run of alternative versions with more sensors to try new experiments with them. Some of them will be used for public exhibition, others for the researchers to use in talks and seminars, others for musical livecoding performances. 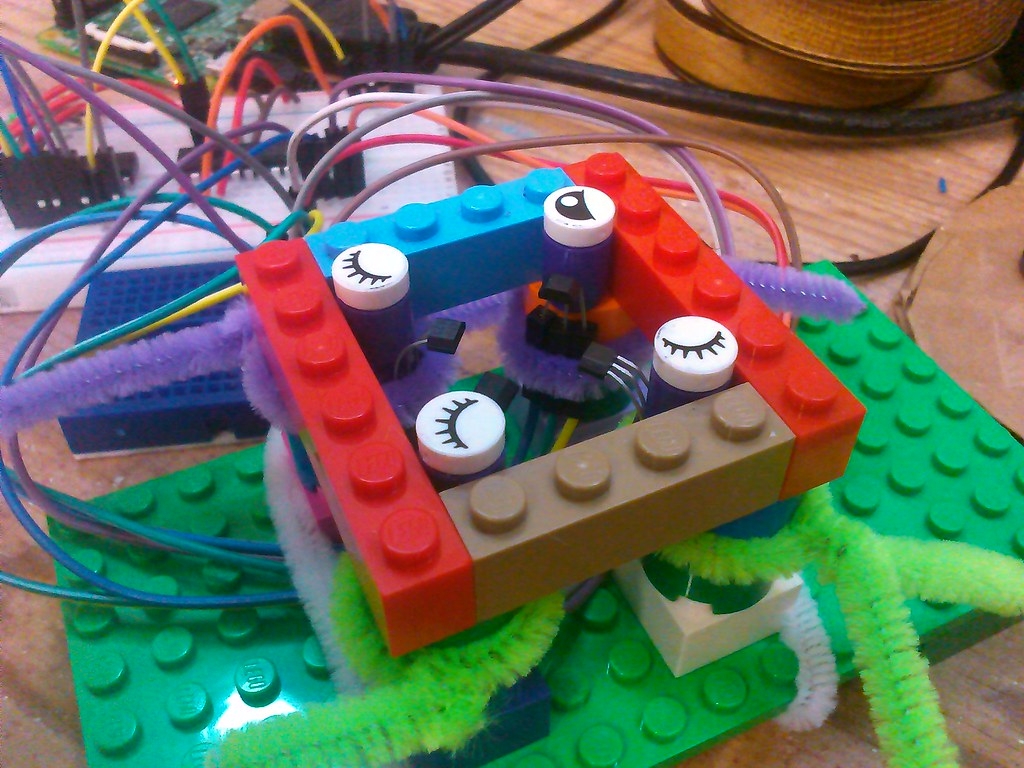 A big focus for us is the materials and physical design, on the one hand like everything FoAM Kernow builds it needs to be open source and appropriate technology (so easily explainable and built by others) and on the other it needs to be sympathetic to it's context in the museum, displayed alongside looms and technology that are thousands of years old. This has resonance with the Al Jazari livecoding installation in the Alhambra in 2008, where a juxtaposition of modern and ancient curiously worked. As part of this we want to switch from materials like aluminium and plastic to wood construction - employing similar building techniques to the looms themselves, but more along the lines of inspiration to inform alternative technological choices rather than simple mimicry.

We're also trying out simpler electronics designs - firstly switching to slightly cheaper hall effect sensors (SS411P from SS411A, previously) and testing different kinds of magnets - which turns out to be the more tricky part to get right. Here is a rare earth magnet test:

For environmental and cost reasons ferrite magnets would be much better to use, and they are strong enough to be picked up by the sensors in a useful range - however presumably in order to increase their 'stickiness' it appears that ferrite magnets are often magnetised in complex ways, with both poles being present on the same (active) side, and much reduced on the other. This means we can't use them in the same way, they flip the field on and off with the same orientation and don't do anything on the other. Still searching to fix this, but currently the best we can do is reduce the rare earth magnet thickness to 1.5 mm from 3mm used in the prototype.

The prototype was useful for demonstrating that we can use digital signals rather than needing analogue sensors which it was built to allow if the hall effect sensors were not good enough - so a big development is removing the microcontrollers we needed before and replacing them with port expander ICs (MCP23017). These even use the same serial communication we were using (i2c) to talk to the Raspberry Pi so it's a straight swap.

In order to test the new system all together as well as new magnet combinations and spacing we built a prototype with lego to hold the sensors in the right position, and provide the base for the tangible programming block to rest or be rotated on. This is important to do for the design of the PCB before it goes for production - as we can't change the sensor position afterwards, more on that part soon. 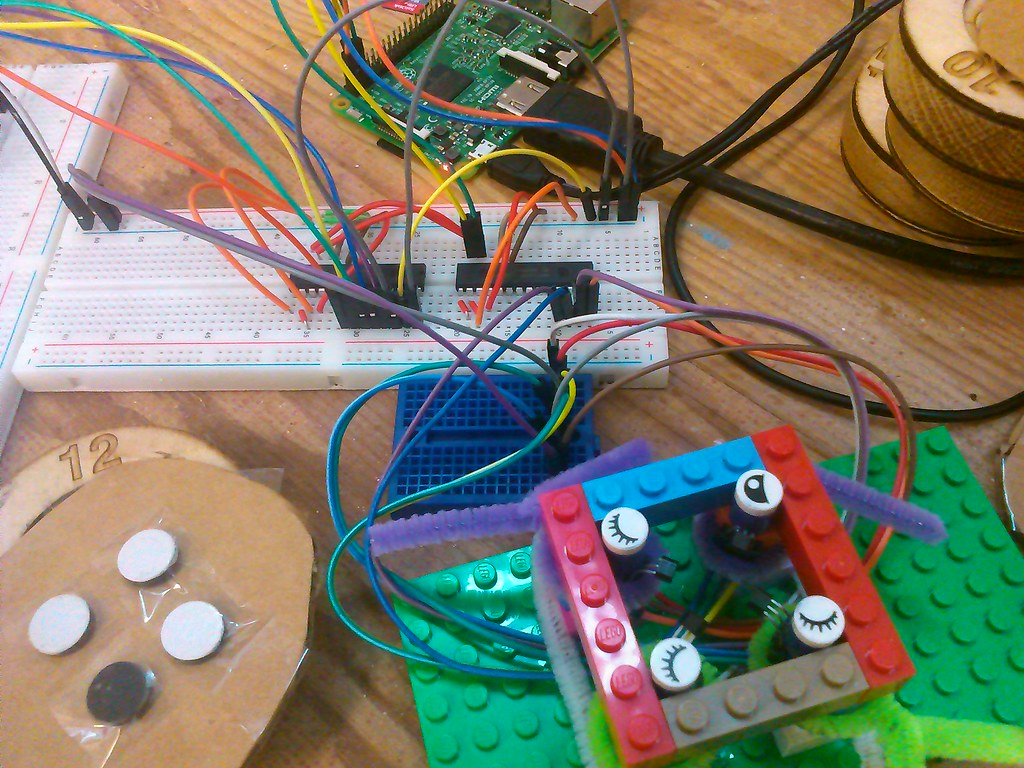