Exporting OBJs from Minecraft for 3D printing (spoiler, not so fabulous)

After rendering voxel data in Minecraft Pi, the next logical (and exciting) step was to export the blocks as a 3D file ready for 3D printing. Jo is the master of all things 3D and tangible, so I have been very excited to send this off to her – after a day of dallying around, we are definitely closer to that goal. Still new(ish) to thinking in 3D, I found Dave’s wisdom invaluable in this transition, so thank you.

Up to this point, I had been exporting .OBJ files from Fluxus voxels, so it felt like a similar method would be admirable in these next steps. Exporting .OBJ files from the full Minecraft edition has been well documented, but from the Pi version, not so much. Raspberry Pi runs the Minecraft Pocket Edition, and I assumed that a lot of things would be similar, so went ahead with using jMc2Obj on the Pi. Unsurprisingly, it didn’t pick up on the world folder so well, leading to two choices – either build my own .OBJ exporter, or export the Pocket world to a full version world and use jMc2Obj for that. Exporting it was.

mcedit is fabulous for choosing blocks to export. On the Pi, I ran my script to minecraftify the small area of Milton Keynes’ greenspace into an otherwise empty world, and copied the world folder over to my mac. I opened Minecraft just to check it was there, superstition never gets old, and it looked grand… 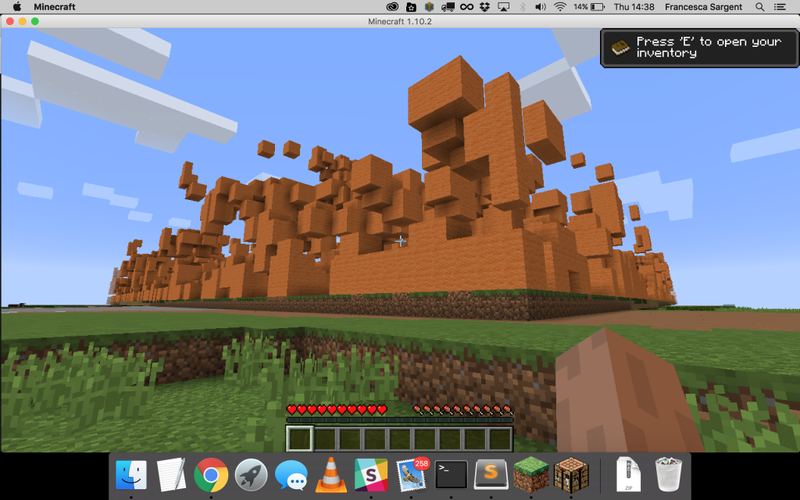 Note, though, that the 1×1 blocks exported as 2×2. Something to poke about with soon.

Using mcedit, I specified the PC version world folder, and selected the 255×255 area to export as a schematic, then imported it into my full-version demo world within mcedit, and saved. Booting up jMc2Obj, I selected the area to finally export as an .OBJ, and when faced with dozens of options, checked them all. 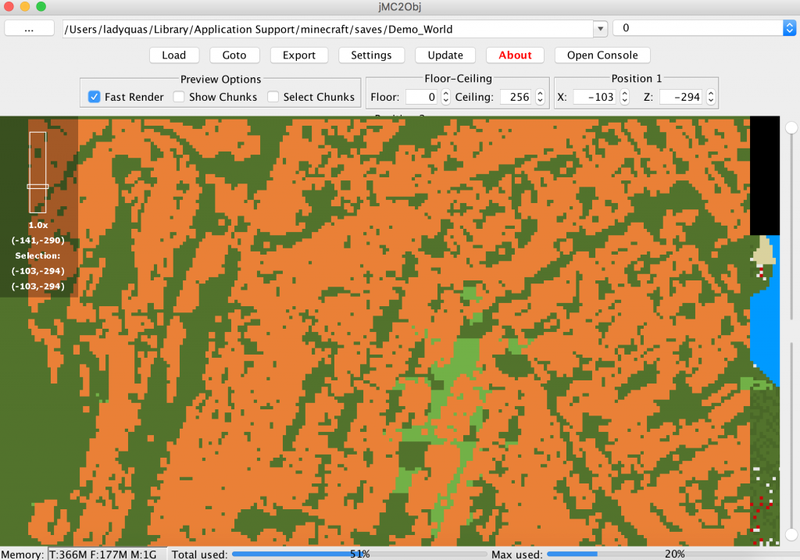 The result of this was an 80MB file that didn’t quite render on anything. A smaller area would need to be exported, ensuring that blocks of the same material exported as one larger object, as opposed to each block exporting as single objects. The first attempt at the smaller area looked like this.. 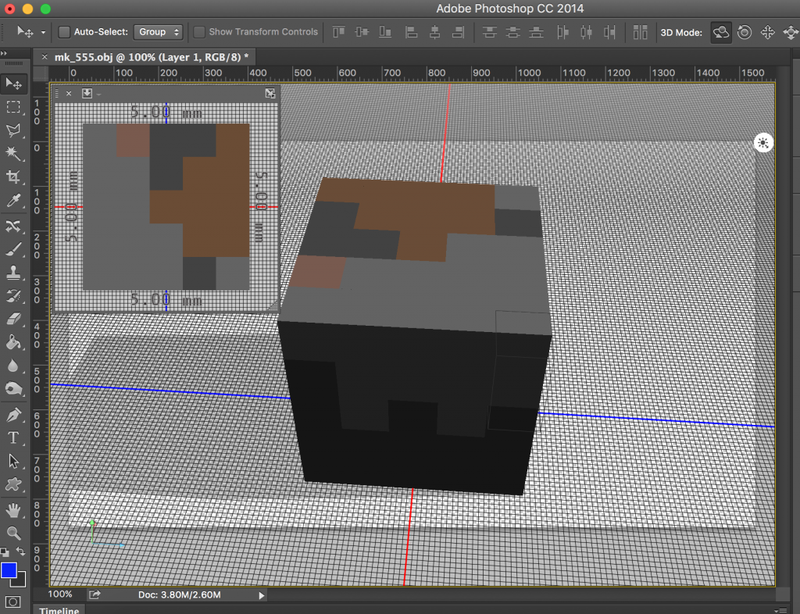 Looks pretty cool, but I expected space between blocks, as this area was characterised with areas of no density. More pootling was required, and with the removal of outer boundaries, my final .OBJ export resembled the below. I have rotated the object slightly to highlight blocks without faces. At first, this seemed only to occur on the extremities, but further investigation showed that this was also the case throughout the object. 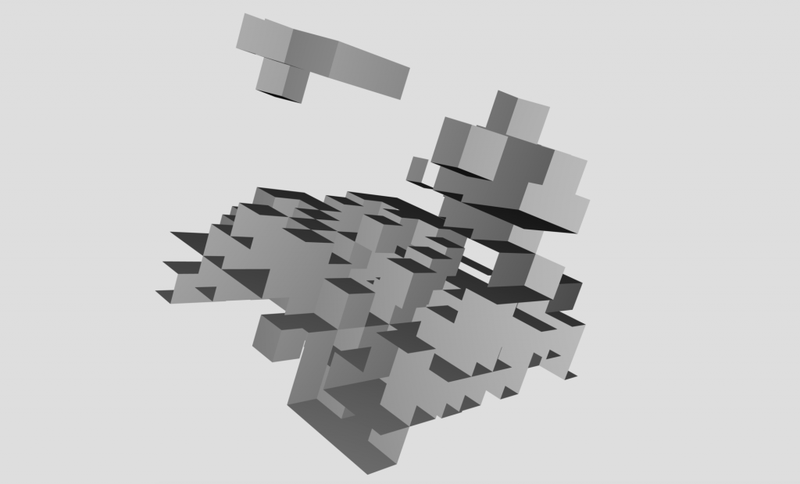 Not ideal. I’m not one to give up on a thread of investigation, but Dave pointed out there are also other comprehensive guides to exporting areas of Minecraft for 3D printing, so maybe to not get too bogged down on one file format. It is also quite important to get actual tangible bits in fruition, so I will look at mineways in the morning – mostly, from today, I am glad that we can move our generated greenspaces into full versions of Minecraft ready for exploration.

Also, excitingly, we have been notified of a particularly interesting area in Luton to explore. So I will bring both the Minecraft & BrainScan parts of the project up to date with that.

I feel like I’ve said ‘world’ too many times today.