The General Opinion at SWARM

The General Opinion is a collection of thoughts and ideas about art, provoked by carefully chosen prompts. Sometimes, these prompts are general, and sometimes these prompts are location or theme specific. The idea is to create a queryable collation of recorded thoughts, and later analyse them – the hope is for institutions and individuals to be able to use this in some way, as well as expanding an honest discussion about feelings towards art.

Swarm was an event organised by Field Notes at The Exchange Gallery in Penzance on the 23rd of April, bringing together artists from Cornwall and Devon, the day populated with events and networking and musings alongside installations and talks by local artist groups, such as Keiken Collective, Back Lane West and Howl Projects, amongst others. Medium Rare contracted us to bring their visions of open art discourse to life, and following a small proof-of-concept installation at the gallery in November, we focused our attention on presenting a working system at Swarm.

After a month of dreaming, planning, programming, construction and exhaustion, we created an installation we were rather very proud of. A quick breakdown of the setup: 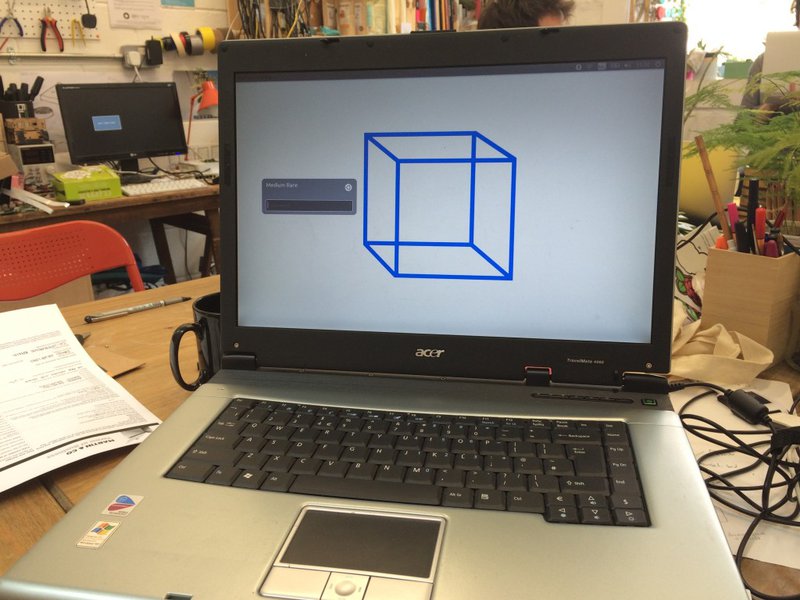 The website. A lightweight system built on Python, enabling users to respond to event-specific prompts by text or drawing. These responses are collected in a database, affiliated with the event for later analysis. The user is rewarded for their contribution by viewing all other responses for the day, as well as... 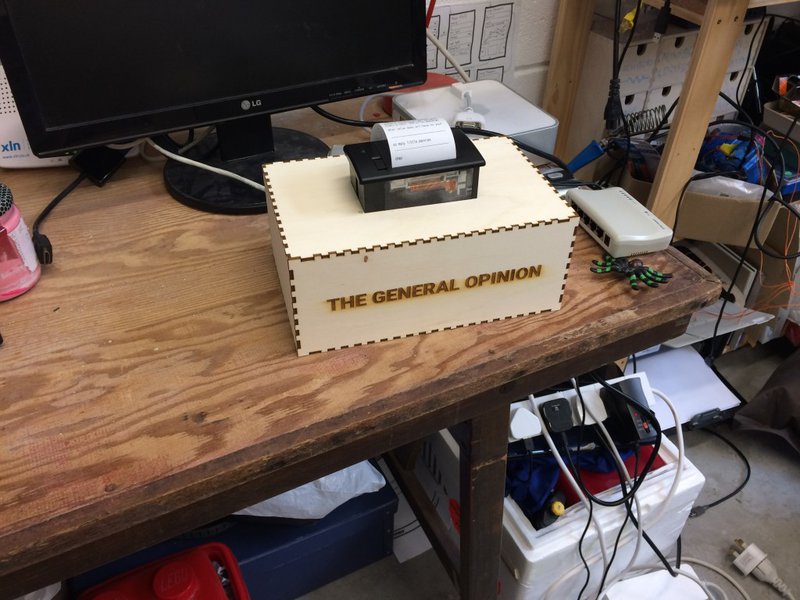 The receipts. A thermal receipt printer was hooked up to a Raspberry Pi, pinging the TGO server every second or so for new responses. The newest response was printed - the user could either take their receipt with them, or add it to the wall of thoughts. The printer itself was presented in a custom laser cut box. 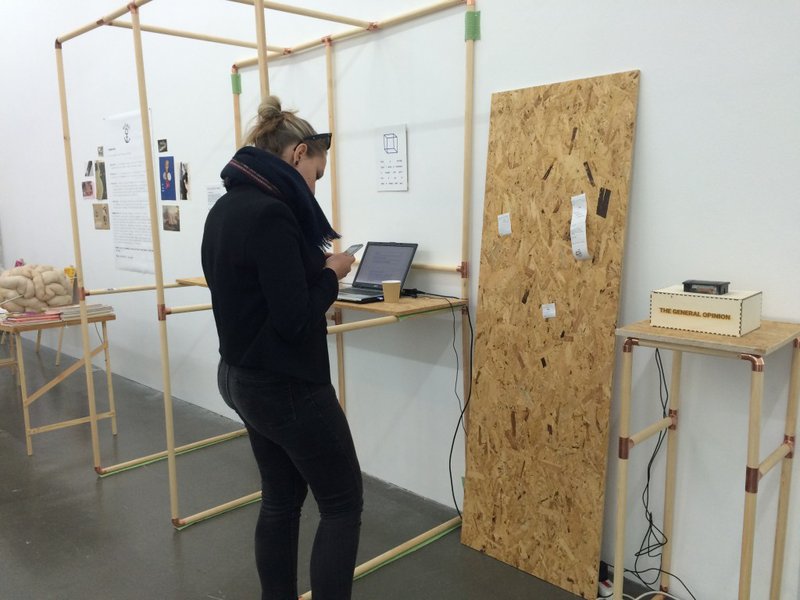 The booths. Henry of Medium Rare has a flawless eye for design. As well as designing the website, he constructed our polling booths using dowling and copper plumbing joints (fun trips to B&Q, looking important and waltzing around with 8ft lengths of wood). Although we are promoting openness, we are also promoting focused responses, and enjoyed playing with the archaic format of a polling booth, and by extension, an election. We decided that a frame would nod to our form sufficiently whilst not forming the physical barriers so much.

In general, the project plays upon the idea of open and closed thought. We are all too aware of the confidence behind some online sentiments, as well as the perceived temporality of such thoughts, so by printing responses we are giving value and longevity to the opinion. Although the value of a receipt in general can range from the very important (proof of sale), to the not so important creased token of purchases past.

Network problems aside, we gained a broad spectrum of responses from the event. These can be viewed here http://thegeneralopinion.com/poll/today/mediumra_re. It was interesting to witness users interact with the interface, and either become rather excited to have a printed output of their response, or suitably mortified. In general, the project was well received, and we feel that we have a format that can be shared with and adapted by others. 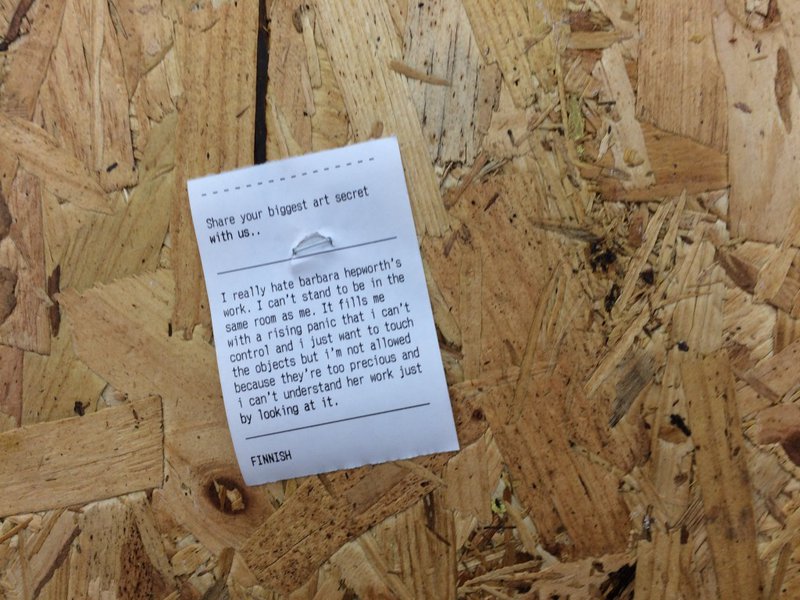 In the near future, Foam Kernow is hoping to take the format to a workshop or conference environment. You see, The General Opinion does not have to be exclusive to art - already we are thinking of other iterations of it for other projects. So, it is great that the printer itself only requires a little power and an ethernet connection to work, no further configuration required, with only a little user-friendly tinkering required for the website side of things.