It's workshop time again at Foam Kernow. We're running a Sonic Kayak development open hacklab with Kaffe Matthews (more on this soon) and a series of tanglebots workshops which will be the finale to the weavingcodes project.

Instead of using my cobbled together homemade interface board, we're using the pimoroni explorer hat (pro). This comes with some nice features, especially a built in breadboard but also 8 touch buttons, 4 LEDs and two motor drivers. The only downside is that it uses the same power source as the Pi for the motors, so you need to be a little careful as it can reset the Pi if the power draw is too great. 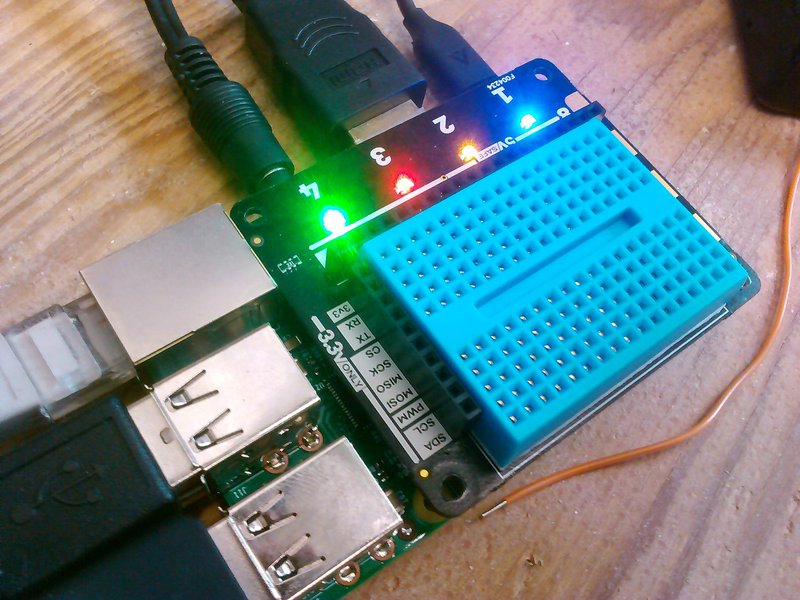 We have a good stock of recycled e-waste robotic toys we're going to be using to build with (along with some secondhand lego mindstorms): 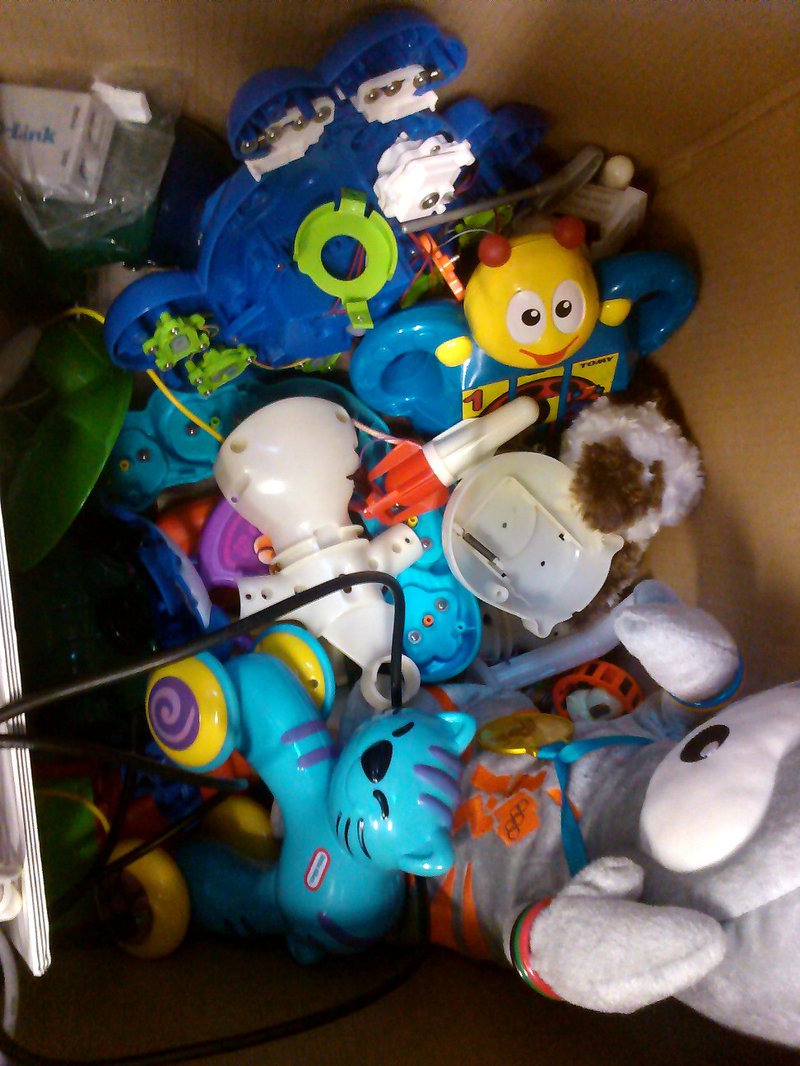 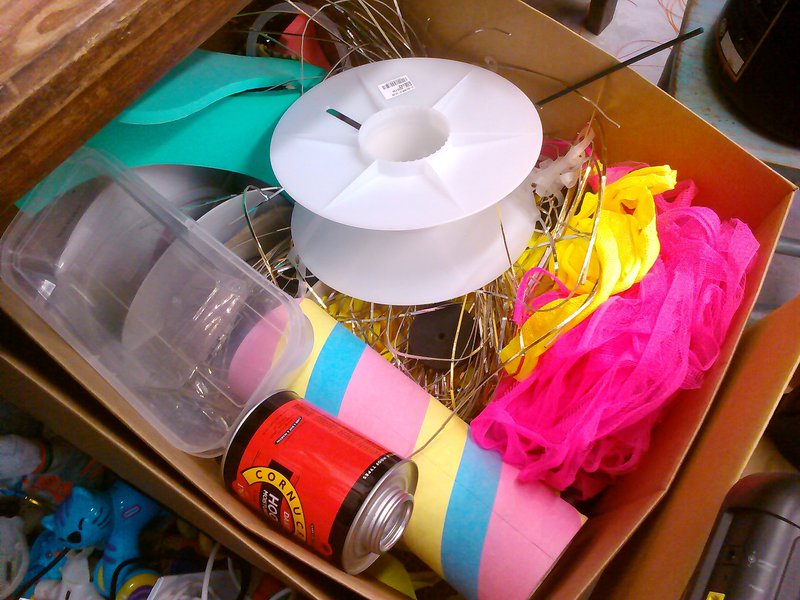 In order to keep the workshop balanced between programming and building, and fun for all age groups, we want to use Scratch - rather than getting bogged down with python or similar. In a big improvement to previous versions of the Pi OS, the recent raspbian version (jessie) supports lots of extension hardware including the explorer hat. Things like firing the built in LEDs work 'out of the box' like this: 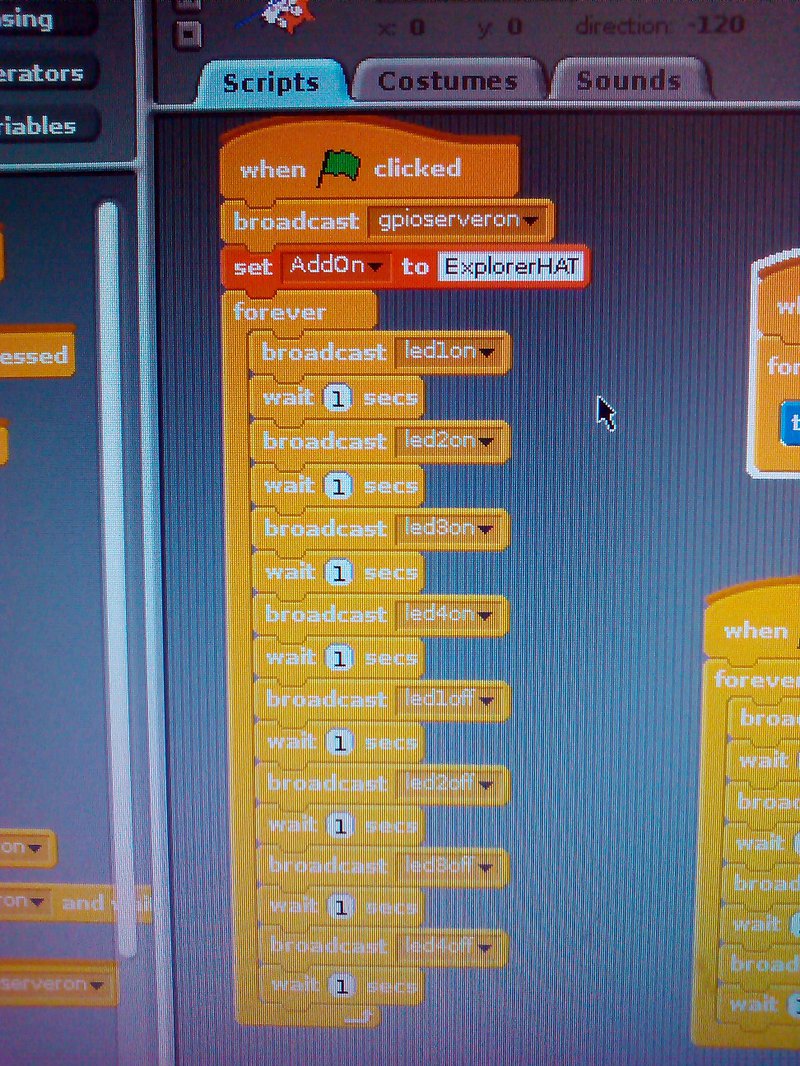 While the two motor controllers (with speed control!) work like this: 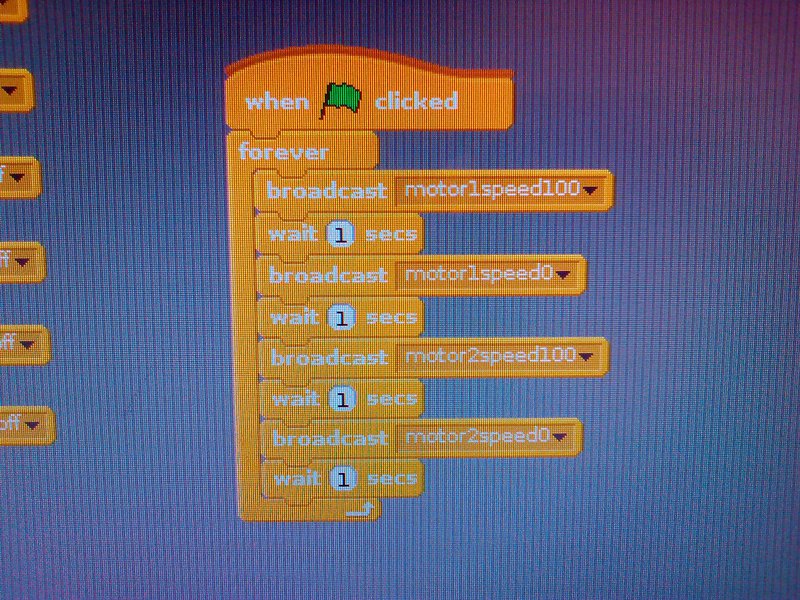 The touch buttons were a bit harder to get working as they are not supported by default, so I had to write a scratch driver to do this which you can find here. Once the driver script is running (which launches automatically from the desktop icon), it communicates to scratch over the network and registers the 8 touch buttons as sensors. This means they can be accessed in scratch like so: 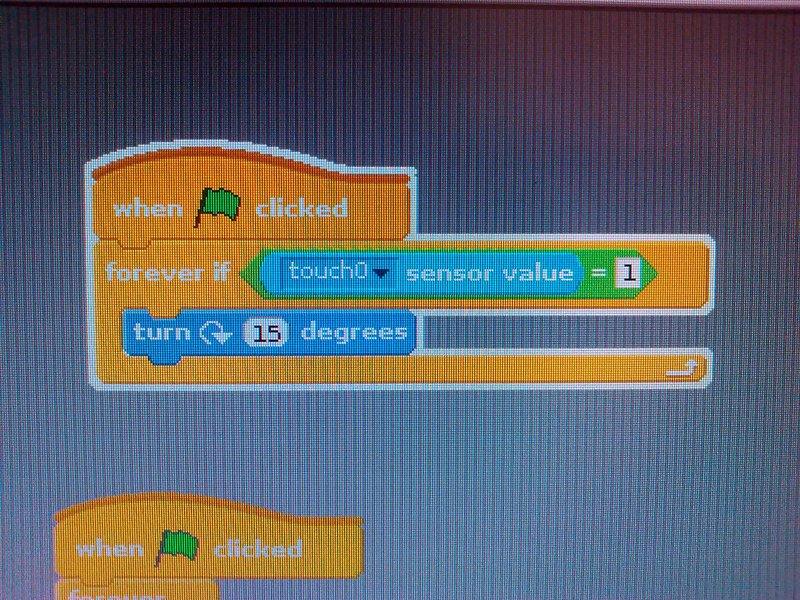