This is a Raspberry Pi running a Racket Servlet (with the Mongoose 2000 data sync server) serving a webpage to the tablet. The neat thing is that it's running on solar power - a day of gloomy winter Cornish light (not even outside) charging the on board battery results in over an hour of running time.

This includes the ad-hoc wifi transmitter, which is presumably the main power drain as the CPU usage is negligible. This system, which I'll be developing more in the coming months, will be heading to rural India as part of an exciting anthropological research project with Shakti Lamba involving the Aakash tablet and some interesting ubiquitous livecoding experiments. 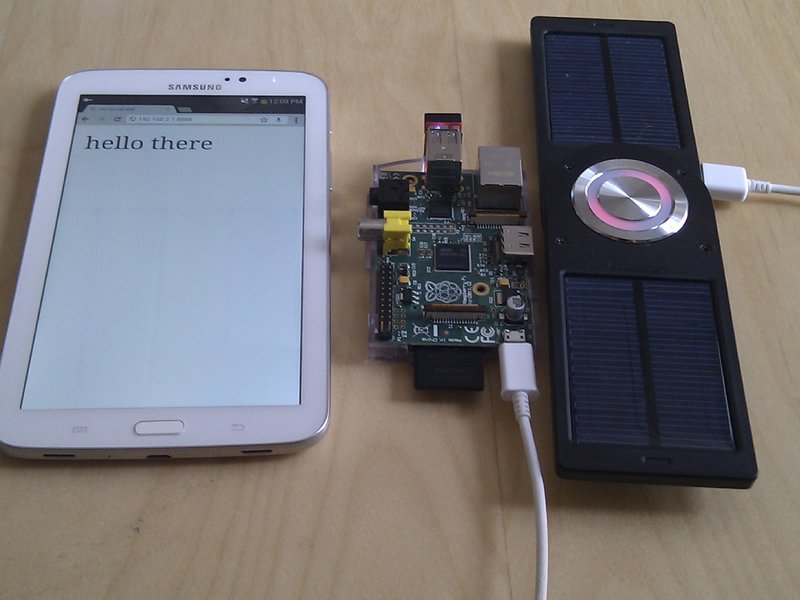