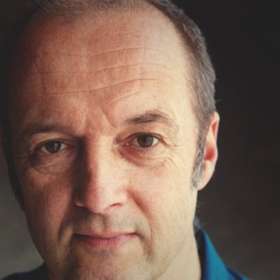 Klaas studied history at the University of Utrecht, developed an art practice that moved into the field of digital culture. Since the late1990ies he works at the intersections of culture, technology and ecology. He develops and conducts public research programs.

Since 2002 Klaas has been been teaching (media) theory at art academies, most consistently at the Rietveld Academy. A key element in his work is the intersection of different knowledge practices: technological, artistic, legal, scientific, and nonhuman.

Currently he works as researcher at Het Nieuwe Instituut in Rotterdam and was responsible for – among other projects – the Garden of Machines (2015), 51Sprints (2016) Gardening Mars (2017). He co-curated the Neuhaus Temporary Academy for more-than-human knowledge (2019), where he initiated the Zoöp project. A Zoöp is an organisation that collaborates with the other-than-humans in its operational sphere. Together they work on ecological regeneration and foster the emergence of a regenerative economy, or human-inclusive ecosystem. The Zoöp model can be adopted by all organisations.